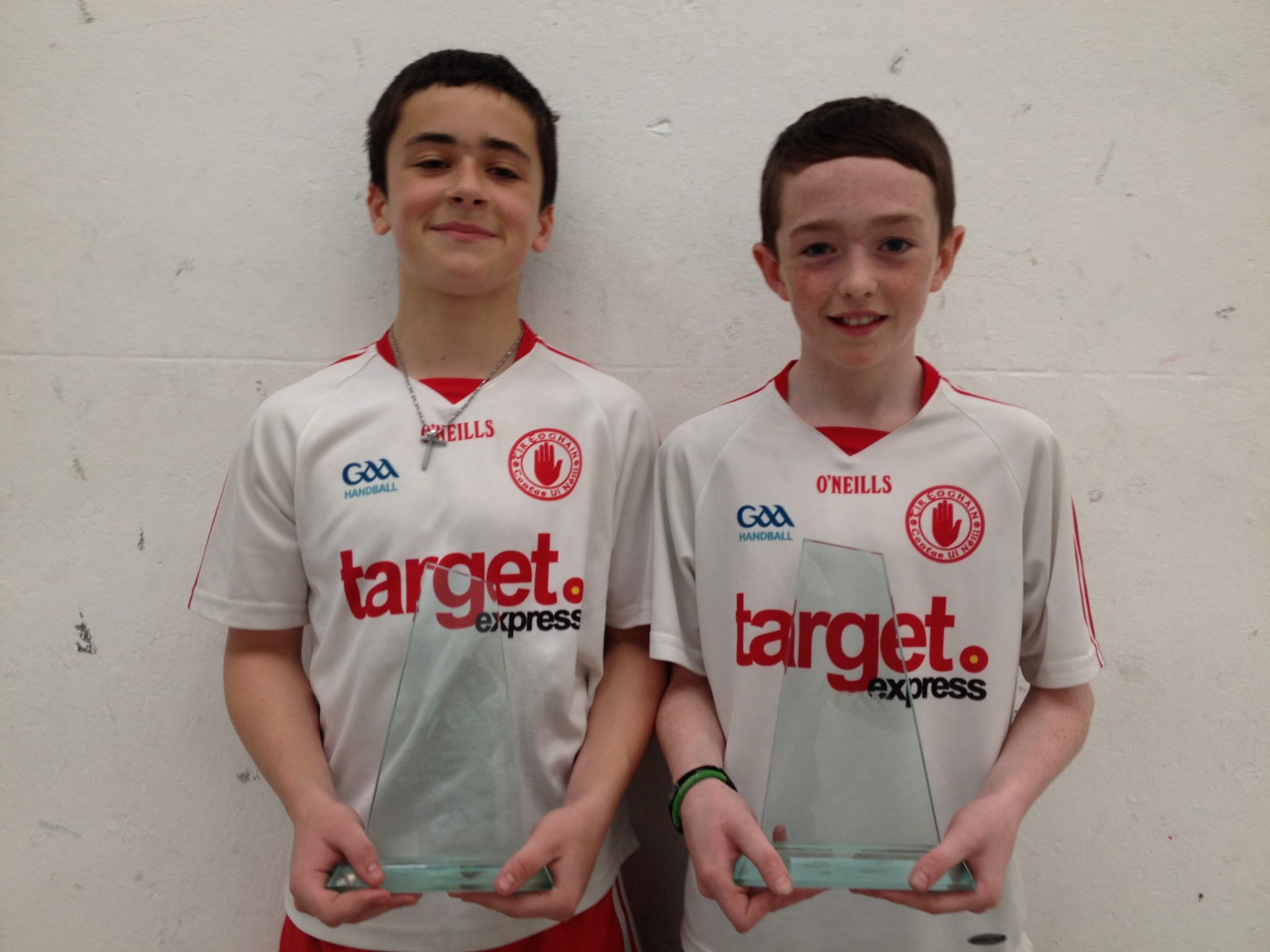 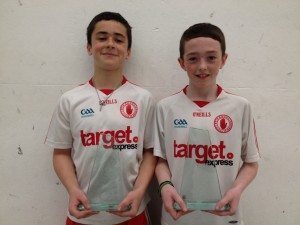 The Irish National took place over the weekend and the boys Junior grades were played on Saturday. At 13 & Under level there was a repeat title win for Tyrone’s Sean Kerr and Pauric Mullan, that pairing denying Shane Dunne and Padraig Cooney of Kilkenny in the final by 31-13. There was a double win for the Mullan clan of Tyrone also as Ryan Mullan then teamed up with Tipperary’s Daniel Hayes to score a fine win in a very competitive Boys 15 & Under doubles grade. They defeated Kilkenny’s JJ English and Sean Carey in the final by 31-13. Congratulations to the boys on their fine achievements as they keep the flag flying for Tyrone GAA Handball.