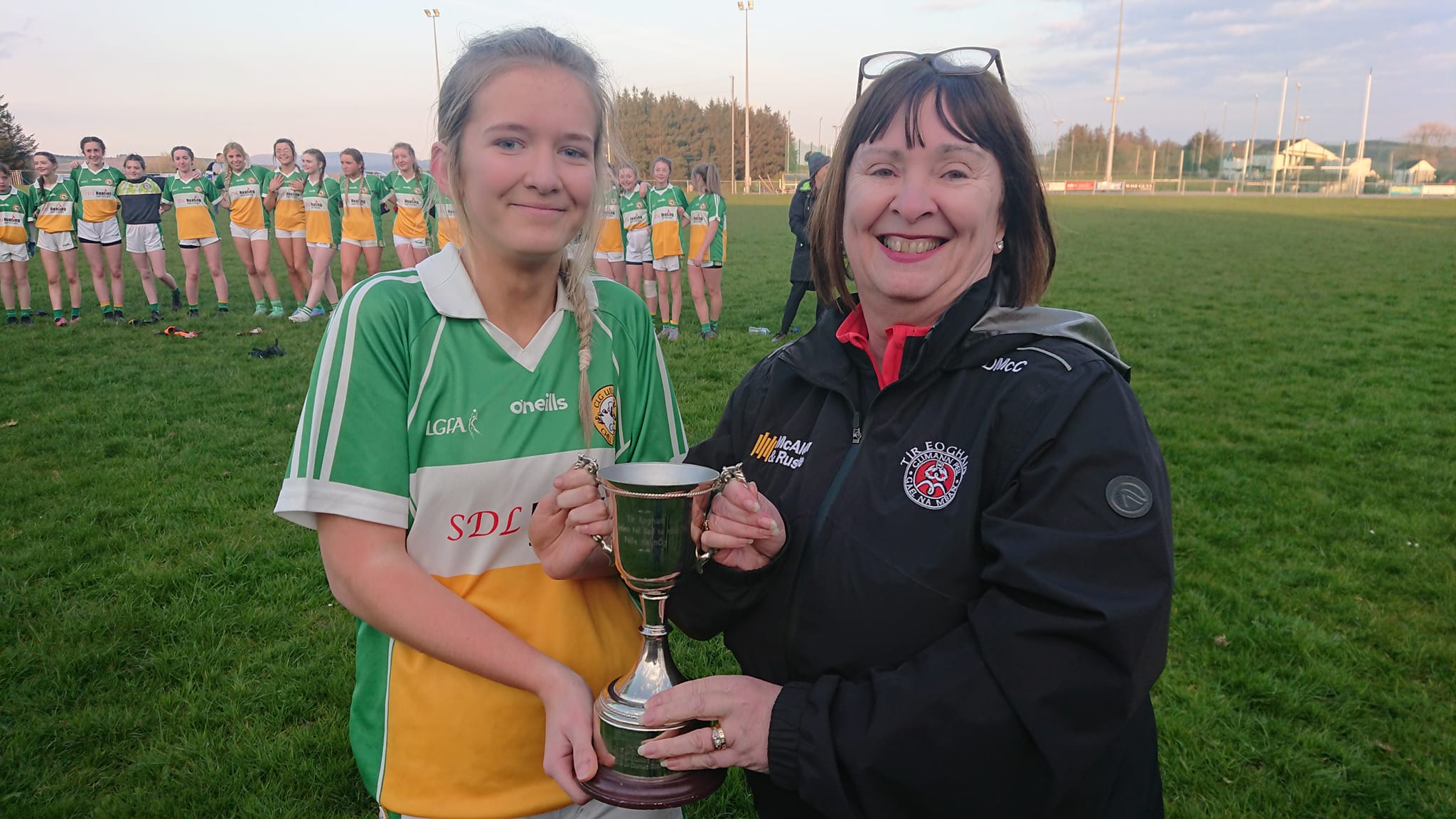 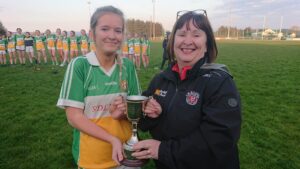 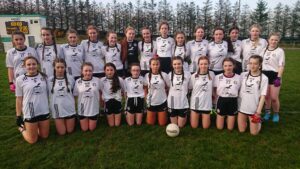 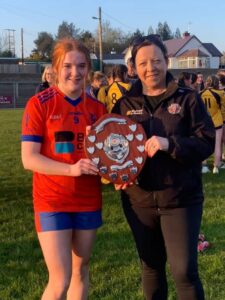 Two second half goals from the impressive Jodie Mc Crory steered Kildress to the Tyrone Feile title at Greencastle in what proved to be a tense hard fought decider against Omagh in perfect conditions that was only decided in a pulsating final five minutes . Over the past two years these sides have had some cracking contests with Under 14 success last year for each so Tuesday’s game did not disappoint.

Kildress led 0-3 to 0-1 in the first quarter with Ella Tracey, Mia Muldoon and Mc Crory points for the Tones while Emer Cunningham kick started Omagh’s account and they built on that to lead 0-5 to 0-3 by the break, Emer Mc Canny and Cunningham among the scores for the St Endas’s.

Omagh and Kildress served up good football, lots of running and some excellent defending from both with Kaela Foster assured at full back and Tones keeper Ella Rose Quinn doing well while Orlaith Leonard and Una Mc Crory impressed for Omagh.

Through the second half scores were at a premium as Muldoon, Mc Crory, Tracey and Aine Heagney carried the ball into the Omagh defence several times with no return. Cliona O’Reilly, Mc Canny and  Cunningham working into good positions again with limited return.

A Cunningham brace of points put Omagh two ahead with five minutes to go but Mc Crory finished a direct pass from Tracey past Emer Strain and as Omagh tried to carve out a chance at the other end a slip at the back allowed Mc Crory to open the gap to four points before Aine Mc Cullagh dropped over a late Kildress point to secure the title.

The Grade 2 Feile was won by Ardboe who defeated Badoney in a very close and exciting final 3-9 to 3-8 while Drumragh claimed the honours and the bragging rights getting the better of near neighbours Tattyreagh in the Grade Three final 4-4 to 3-5.