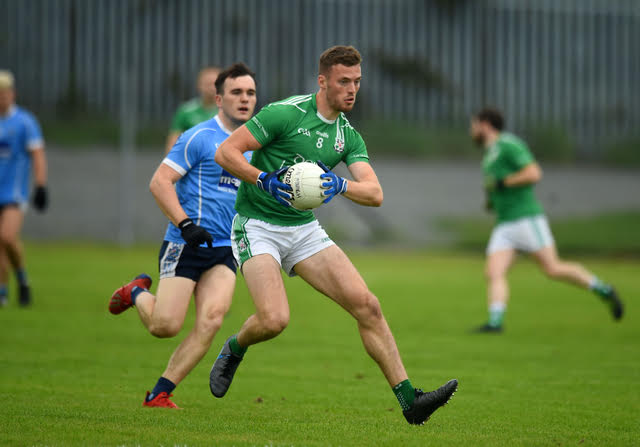 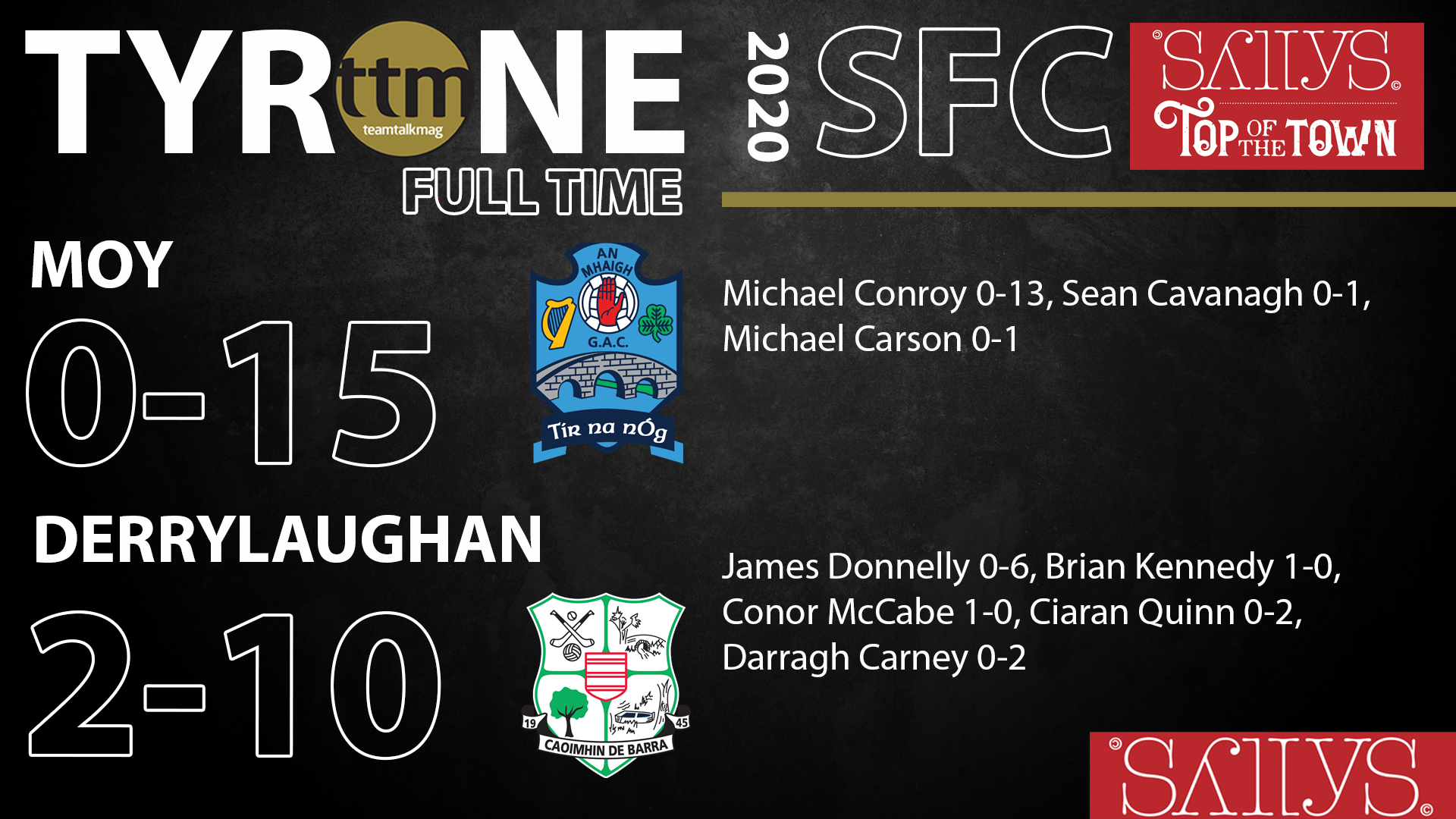 Derrylaughan withstood late pressure from Moy at O’Neill Park in Dungannon to book a quarter final place against Coalisland in the LCC Senior championship.

Its not often a player hits 0-13 in a game and ends up on the losing side but that is exactly what happened Michael Conroy on Sunday afternoon. He gave an outstanding display of marksmanship particularly in the second half with three or four of his points from acute angles out on the left wing worth the admission fee alone. Unfortunately he missed a last gasp free which would have forced extra time but it was a difficult kick and he can be proud of his display despite defeat. Over the course of the sixty odd minutes Derrylaughan deserved their victory striking for two brilliant first half goals but they will know themselves that they will have to improve before facing the Fianna in the last eight.

It took six minutes for the opening score to arrive when Derrylaughan full forward Darragh Carney availed off a poor clearance out of the Moy defence to split the posts. A point from a Sean Cavanagh free levelled matters but Derrylaughan quickly hot the front again thanks to a superb effort from James Donnelly. A first free of the afternoon from Conroy left it 0-2 each in the 10th minute but then the Loughshore men enjoyed a good spell. Donnelly converted two frees as well as landing an excellent effort from play from out on the left wing while Ciaran Quinn finished a sweeping move as they raced into a 0-6 to 0-2 lead.

A Conroy free kept Moy in touch but in the 23rd minute midfielder Brian Kennedy proved unstoppable as he burst through the Moy defence before giving keeper Philip Mallon no chance with a bullet to the back of the net. Two frees from the boot of Conroy either side of an effort from play from the same player kept Moy in touch before Quinn weighed in with a beauty for the winners. Moy substitute Michael Carson then got his name on the scoresheet before Derrylaughan struck for their second gaol two minutes into injury time at the end of the first half. A great ball from Quinn released wing half back Conor McCabe who had got in behind the Moy defence and he finished with aplomb to the net.

Derrylaughan led 2-7 to 0-7 at the break but it was Moy who had the opening two scores of the second period courtesy of an outstanding Conroy  brace. By the end of the third quarter Derrylaughan looked well on their way to victory when they moved seven clear thanks to points from Donnelly, Ciaran Gervin and Carney. Derrylaughan though failed to score again as the influential Conroy dragged his side back into contention. He kicked half a dozen points in a row with his score in the 54th minute as good as you would see anywhere as he somehow split the posts from a near impossible angle out on the left wing. A relieved Derrylaughan though managed to hold on to book their quarter final ticket.