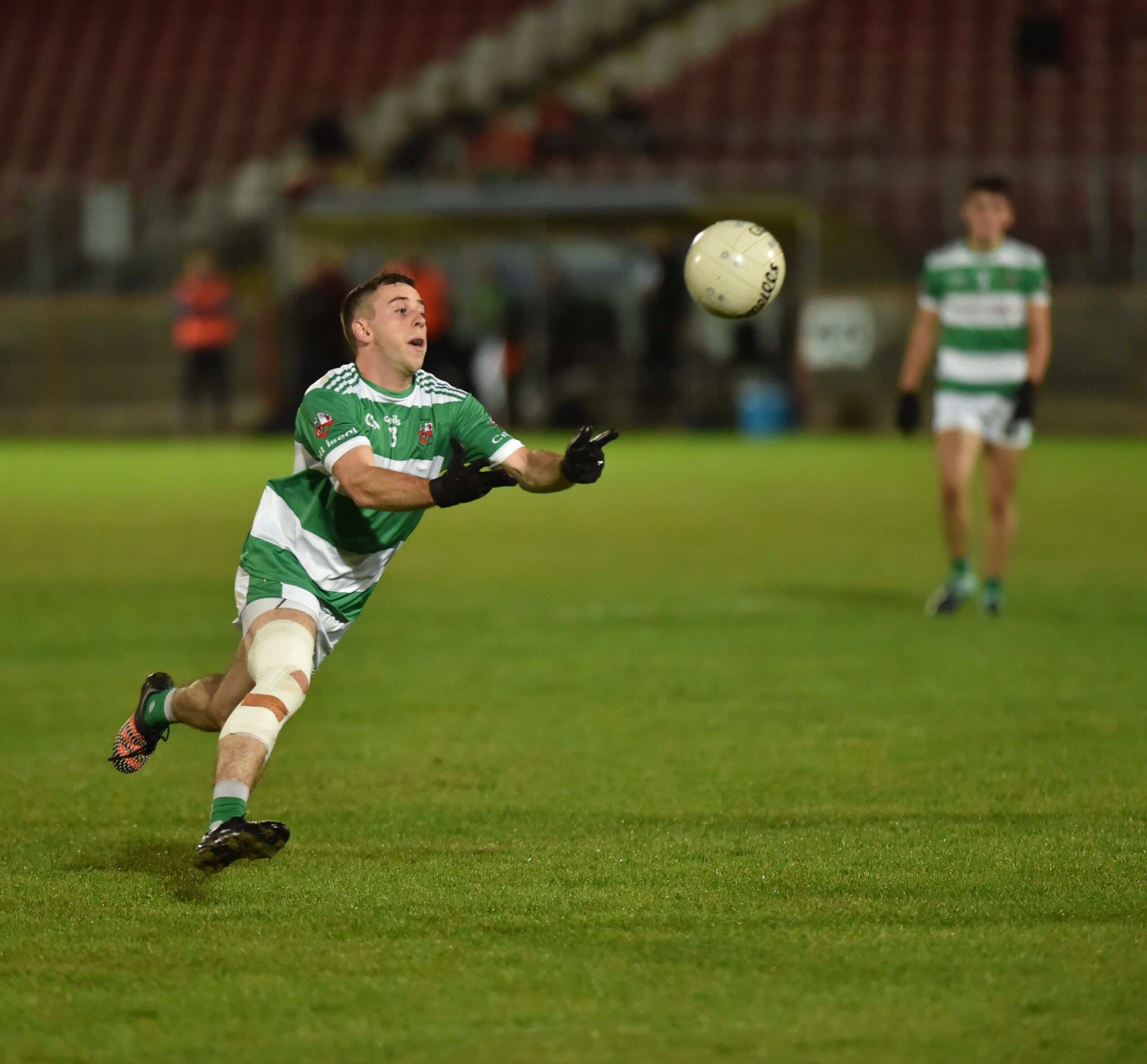 Killeeshil were made to fight all the way on Friday night in a low scoring LCC Intermediate Championship game before emerging  1-7 to 1-6 winners over Owen Roes at O’Neills Healy Park.

There was little between the sides throughout the match but a Jason Doyle goal put Killeeshil ahead late in the game and although Owen Roes ace attacker Cathal Mc Shane came close to hitting the net with virtually the last kick of the game Killeeshil held out to claim a place in the semi final of the LCC 2022 Intermediate championship where they will meet the winners of Galbally or Tattyreagh.

Killeeshil opened the scoring with a fine Tomas Hoy point after three minutes but Owen Roes moved two points clear three minutes later when Cathal Mc Shane was adjudged to have been fouled inside the large parallelogram. Mc Shane took and converted the penalty himself and with six mutes of the half gone Owen Roes led 1-0 to 0-1. 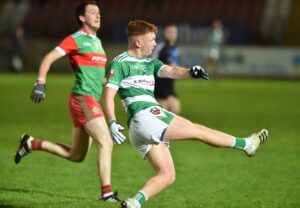 Both sides set up defensively in spite of having some very talented attack minded players on their teams. Pascal Donaghy and Daniel Miller fired over points to tie the game before Cathal Mc Shane converted a seventeenth minute free to put the Roes one clear once more.

Killeeshil continued to enjoy lots of possession and territorial advantage and their patience was rewarded when when a brace of converted Pascal Donaghy points sent the teams off at the break with Stevie Mc Hugh’s men leading 0-5 to 1-1.

Tomas Hoy made it a two point game four minutes into the second half with a delightful point but from then until the forty fifth minute it was Owen Roes who looked the most potent. They threw off the defensive shackles for a while and played with much greater attacking intent.

Points from Stevie Kelly, Cathal Mc Shane and Tony Devine helped put the Roes one in front. Unfortunately for them they didn’t build on that lead and paid the price when a speculative ball into the square was broken down by Packie Mc Mullan and despatched to the net by Jason Doyle.

With only five minutes of additional time left and the game slipping away from them Owen Roes opted to push forward, They came close to snatching a win when a last minute free kick from Cathal Mc Shane was saved and the resultant rebound from Brendan Boggs was turned over the bar by Matthew Mc Cusker.