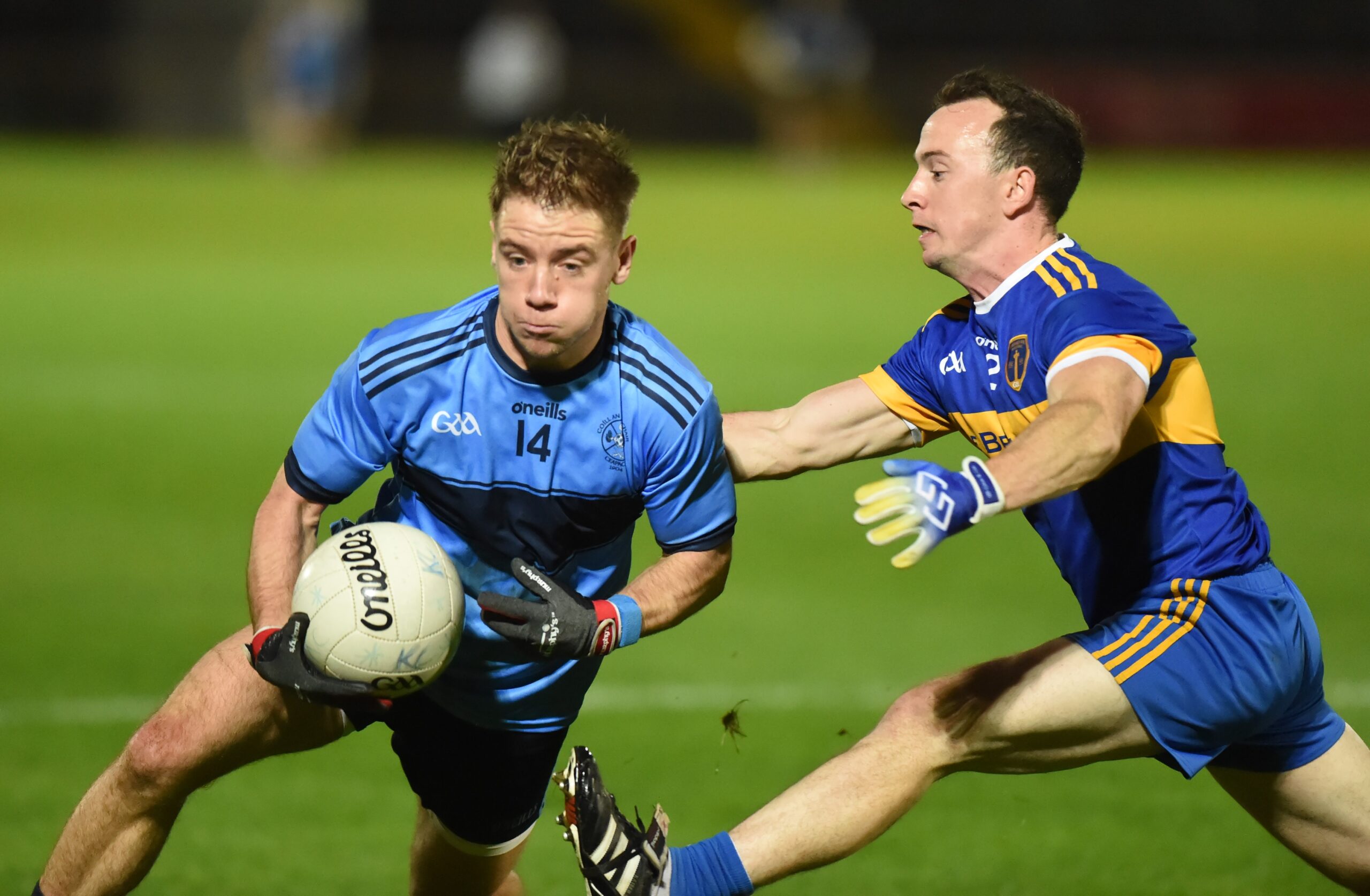 Killyclogher defeated Donaghmore in the LCC Senior Championship 1-10 to 1-09 after a close match at O’Neills Healy Park on Thursday night where scores and space were at a premium between two well balanced sides.

It was virtually score for score throughout the opening twenty five minutes with Mark Hayes, Mark Bradley and Conal Mc Cann (3) on target for Killyclogher and Conor Cush (3), Shea Hamill and Lorcan Quinn on target for the Village team. Then in the twentieth minute Donaghmore opened up a three point gal when they were awarded a penalty which was confidently converted by Cush.

With scores hard to come by such a lead was going to be hard to chase. However Killyclogher turned it round just before the break when a mis-hit kick out from Lorcan Quinn was seized upon by the ever alert Tiernan Mc Cann whose inch perfect pass set up Mark Bradley for a goal right on the stroke of half time.

After the break a converted Oran Grimes forty five and a free from Tiernan Mc Cann put Killyclogher two clear after forty one minutes but Cormac Mc Cann and Connor Cush landed points for Donaghmore to tie the game again just on the second water break.

Mark Bradley was beginning to come more into the game and two super points with ten minutes remaining had Killyclogher 1-9 to 1-7 in front. Donaghmore had several chances to reduce the deficit but poor shooting cost them in the end. A forty five from Lorcan Quinn narrowed the gap to one. Killyclogher responded with a point from Mark Hayes when a goal was on. With time running out Killyclogher defended well to hold out for the win even though Donaghmore’s Peter Mc Cann scored three minutes into injury time to leave one between the teams at the end.