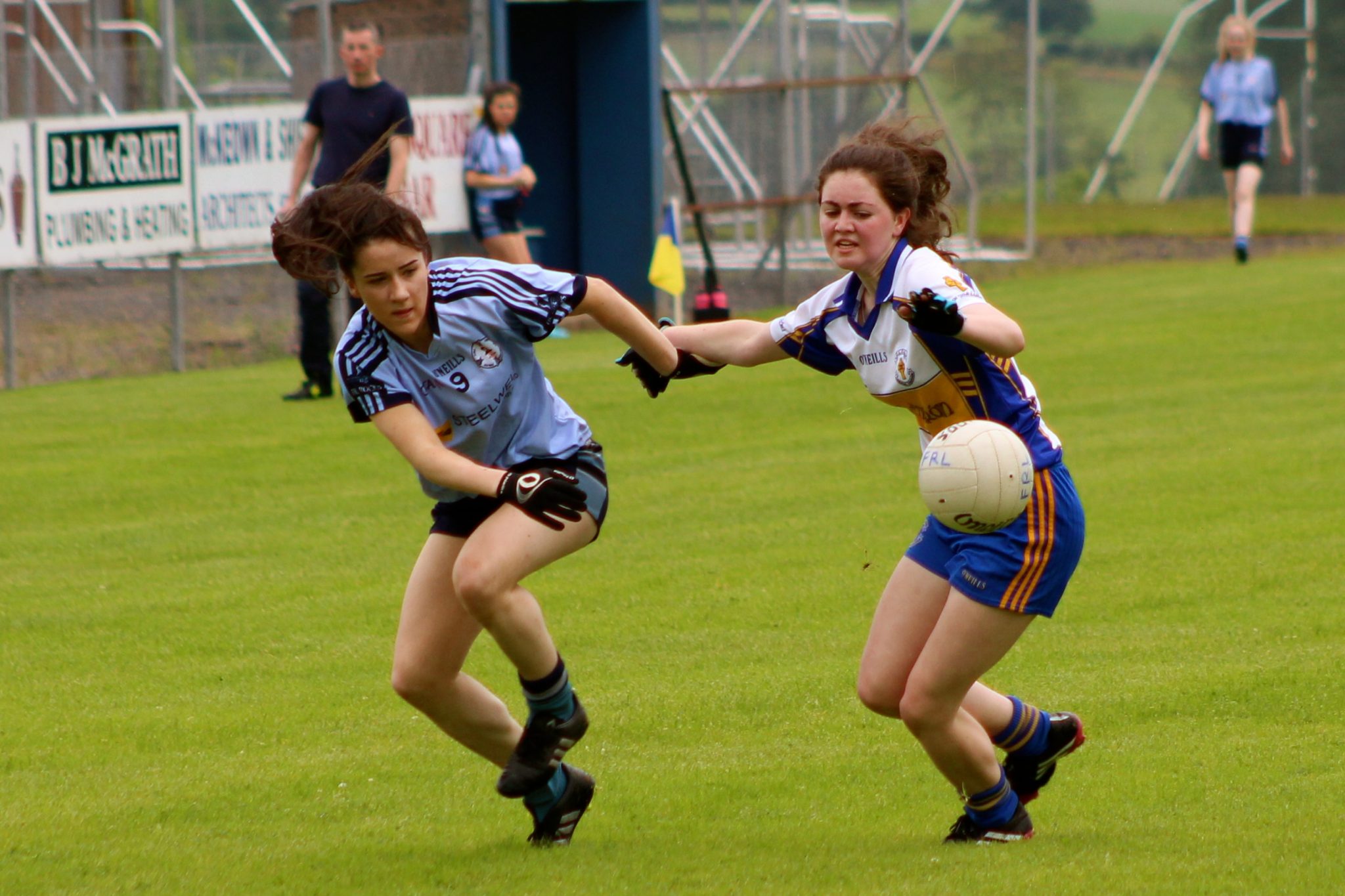 Cookstown took the reigning minor champions all the way in Saturdays final at Donaghmore, in the end though it was Errigal who edged home to back to back titles. The Dunmoyle girls were forced to defend in numbers as a determined Cookstown worked hard for scores. Errigal created plenty of chances but their eventual win was in no small measure down to the accuracy of Maria Canavan. The talisman forward scored 1-6 of her sides tally while Fr Rocks were left to rue several missed opportunities in an entertaining battle.

It was low scoring game in the opening quarter Canavan 0-2 and Michaela Moore points for Errigal with Nikita McGuckin, Emma Coyle and Sarah McNeill on target for Cookstown.  The Fr Rocks also hit five wides as they enjoyed plenty of ball. The Errigal goal was a key moment in the tie and came after Moore had her stinging shot well saved by Caiomhe Meeke, in the next attack their efforts were rewarded when Moore sent Canavan in for the three pointer.

Moore and Clodeach Donaghy added to the Errigal tally after Canavan hit a post with a rasping shot as the half swung to added time, credit to the Fr Rocks they plugged away and a long ball from Coyle was collected by the impressive McGuckan and drilled to the net to leave two between the sides .

Within two minutes of the restart it was level again thanks to two well taken points from Sarah McNeill. Canavan ough responded quickly with a brace of points separated by another Moore score. Cookstown threw everyhing at Errigal in the final ten minutes, Mc Neill, Mc Guckin and Devlin combined and sent Coyle in for a much needed point and Clodagh McCrackens great pass put Devlin through on goal only for Errigal keeper Eimear Corrigan to make a fine stop. At the back Errigal were solid, Aine and Meabh Hamill and Meabh Corrigan superb under pressure.

At the other end Canavan landed a further 0-2 and despite the best efforts of Mc Neill and McGuckan the Fr Rocks only managed a McNeill point leaving Errigal to win by three.
A decent game played in good conditions in front of a bumper crowd.