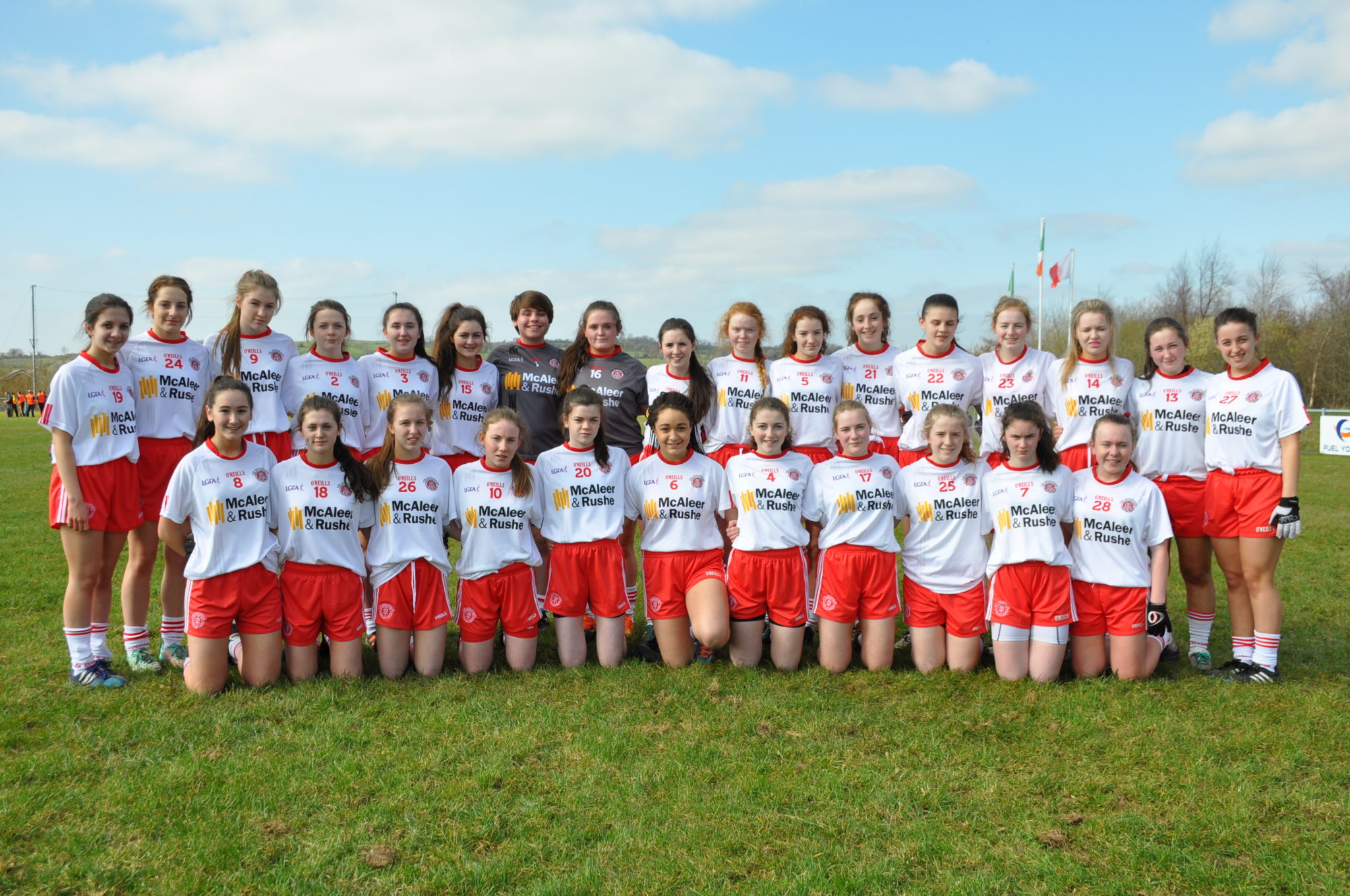 Tyrone took on neighbours Derry in the Ulster U-16 Championship on Saturday and were made to fight all the way before emerging with a narrow but deserved win.

An early point from a free by Aoife Byrne opened the scoring before Derry levelled. Byrne added a second free scored  to edge Tyrone in front again but almost immediately Derry levelled the game at 0-2 apiece.

The teams swapped points for a third time before Bronagh Mc Kenna fired to the net  to give her side a three point lead. A second goal for Tyrone, this time when Laura Fullerton got herself on the end of a fine move as Tyrone began to take control.

However as often happens Tyrone began to coast and Derry caught them on the hop from a counter attack and within two minutes the Oak Leafers had bagged a second major to reduce the gap to two points.

The home side responded well when Caoimhe Barr found the strong running Ellie Jay Mc Menamin who immediately finished to the net. That goal left the half time score Tyrone 3-05 Derry 2-03

The second half saw the Tyrone defence settle well while Jade Leonard sent over 2 points from play before being substituted due to an ankle injury. Erin Mc Mahon who had come on as a replacement for Murray settled the midfield battle winning vital possession for Tyrone.

With Mossey, O’Hanlon and Seaney holding firm in the  full back line the Derry attackers were finding chances hard to come by. Following a converted Tyrone free a quick break by the Derry girls led to a goal as Derry took the lead for the first time.

With an away win looking like the most probable outcome Tyrone were forced to dig deep but their resolve was rewarded when Mc Kenna bagged two late points to secure a memorable win.