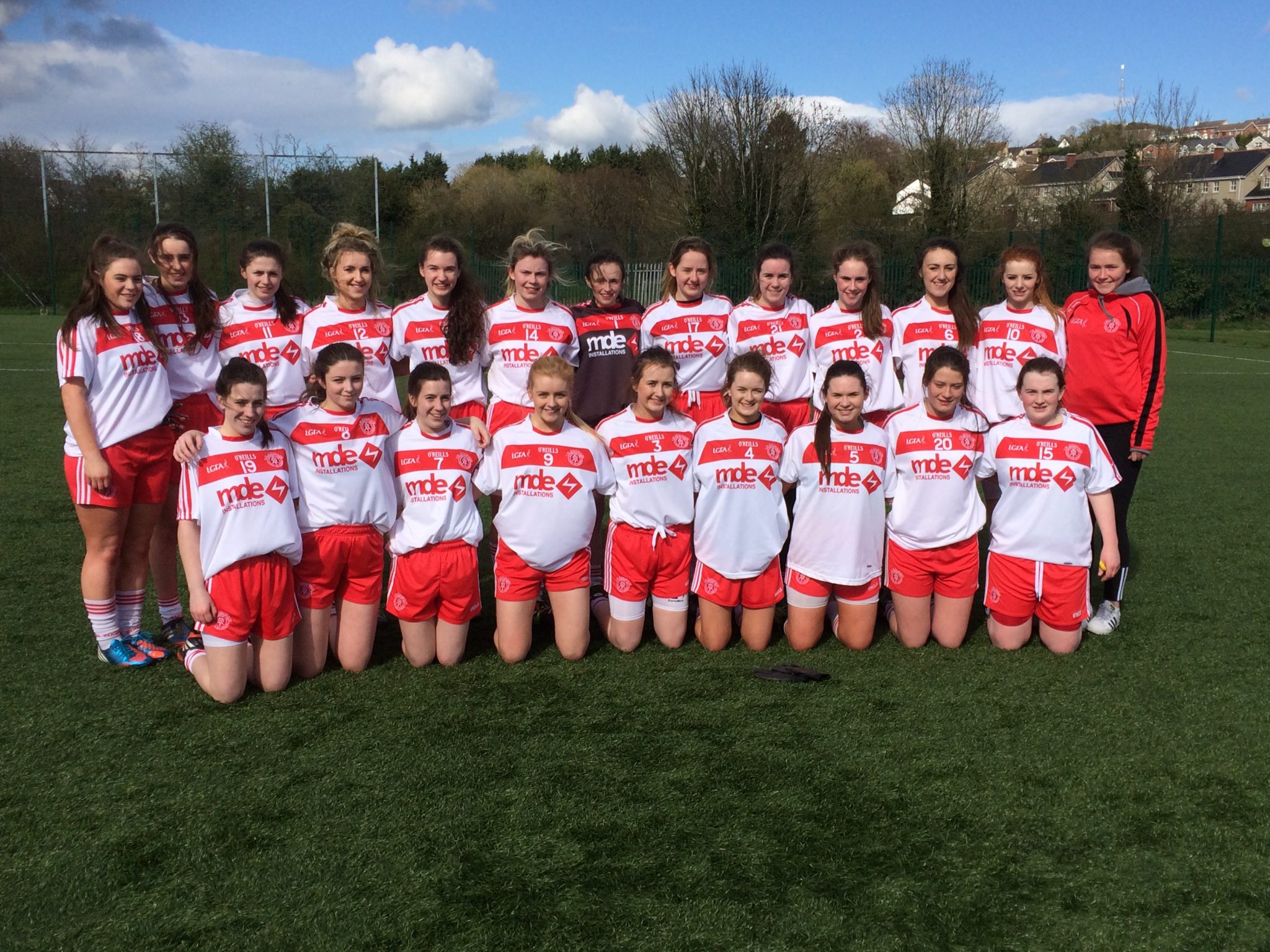 Tyrone Ladies Minors made it three wins out of three at a cold and windy Newry on Saturday with a convincing victory over Down.

The Red Hand girls made a strong start with an early point from Sasha Byrne, but the swirling wind made it difficult for the forwards to shoot on target and several chances went sailing wide of the uprights. Dearbhlá McDonald settled the nerves with her first major of the day. Down responded with their first point of the game before both Aimee Coyle and Chloe McCaffrey recorded a brace of points each.

Tyrone were now starting to dominate and with midfielders Sinead Hanna and Aoibhinn McHugh well in control the Red Hands pushed forward in numbers. Byrne got her second point of the day followed by a superb point from Emma Brennan. Down were finding it difficult to penetrate the solid Tyrone defence but continued to battle hard and converted two frees to increase their tally to three. Tyrone full forward Dearbhlá McDonald was causing the Down defence all sorts of trouble and when she added goals number two and number three after twenty-four minutes the game as a contest ended. McCaffrey and Coyle added two points from play to extend Tyrone’s lead before the referee Paul Swift blew for half-time.

Dearbhlá McDonald continued her form from the first-half when she coolly rounded the keeper to bring her goal tally for the day to four. Emma Brennan added another point from play before Claire Tuohey set McDonald up for her fifth goal before she recorded her only single of the game.

Despite the deficit the Down team did not give up and scored three points from play before Sasha Byrne got two points back for Tyrone. Caitlin Kelly added another for Tyrone before the hard-working Claire Tuohy got her first point with a great shot from distance. Down then scored a consolation goal before Tyrone’s full back Slaine McCarroll thundered the ball against the Down crossbar when it looked destined for the back of the net. However, from the next kickout McCarroll won possession and this time she did rattle the back of the Down net for Tyrone’s sixth goal.

This was another good team performance from a young Tyrone team who look to be on their way to an Ulster Final despite still having to face Derry in two weeks’ time.