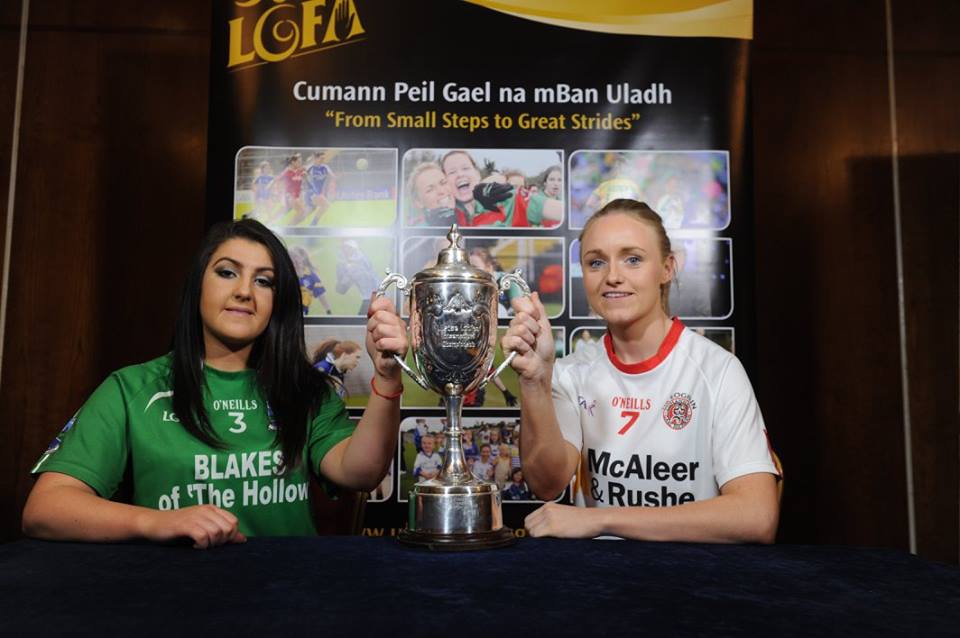 Neamh Woods has been a mainstay of the Tyrone ladies set up for almost a decade, yet the twenty six year old teacher who took her first steps in the senior set up well before she finished her minor football career has yet to sample the joy of an all Ireland title or indeed the success that she and her fellow players have craved.

A last Ulster senior title was secured in 2009. Tyrone’s last Provincial decider was a heavy loss to Monaghan and while Armagh and Donegal have emerged in Ulster Tyrone’s fortunes appear to have stalled. Managers have come and gone but there has been a dearth of quality players coming through and while that certainly can’t be said now it’s hoped that Tyrone could be destined for a change in fortune. 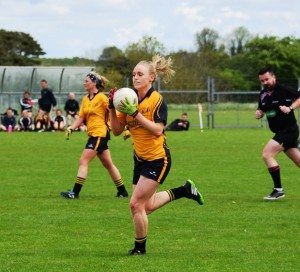 It has been a difficult journey for Woods and the Tyrone side since the heady days of reaching the 2010 all Ireland final at Croke Park. On that occasion the wheels came off the wagon when a limited squad were taken apart by Dublin, Tyrone were down to the bare bones, and in hindsight perhaps a few additions to a depleted set up may have helped but they had come up against a quality and emerging Dublin.

Roll on six years and Tyrone find themselves in the Intermediate football championship for the first time. Ahead of stepping into the senior grade way back at the turn of the century Tyrone had come through from junior ranks. They had been real contenders since 1999 but the stark reality of the past five years are shown in the playing stats.

Not counting the national league campaigns that saw Tyrone struggle to avoid relegation until this season, the county senior squad have played 17 championship ties in Ulster and in all Ireland campaigns. During that time they have lost eleven of those games and that stat prompted the move to try and get the side regraded to intermediate ranks.

It was a bold move admits the Tyrone captain, difficult but a necessary one: “ We understand that perhaps the Intermediate championship is where Tyrone are at currently. We are a very young group and I’d hope that we can develop as a team through this championship and get us back on the road to the senior ranks again.”

Woods is now seen as very much the veteran of the squad following the retirement from inter county football of a clutch of players. Household names opted out but that opened the door for a new look Tyrone which now has a squad full of hard workers who really want to take their county back to the top level.

The team endured a difficult national league campaign that saw eventual relegation. “ A very disappointing national league campaign yes but it has to be said that over the past few years we have just about held on to our division one status. Armagh came up last year. They had been in an all Ireland semi-final and were just one of the quality sides that we met. It was tough but inevitable that we dropped down.”

The fact that the Tyrone skipper and Drumragh’s most famous daughter is amongst a cohort of older players now with Shannon Quinn, Christiane Hunter and Emma Hegarty, still in reality young themselves , such is the age profile of this squad.

“ It’s strange yes but I suppose we have such a lot of new players coming through and that’s a bonus. We had youth teams in all the Ulster finals and that bodes well too. It’s important that we continue to bring players through. That all said the mood in the camp is so good and positive, we are really looking forward to the Ulster championship now and the game against Fermanagh.”

New ground then for Tyrone, a rare clash with Fermanagh on Saturday night and a win will secure a place in the July Ulster final. It’s a new  competition, novel in some ways too but “exciting” claimed Woods who also carries off an international netball career alongside her football and work commitments.

“ Yes it’s definitely new territory for us and I don’t recall playing Fermanagh before. We will be in a competition coming up against a host of new teams. We will know little about them and they won’t know much about us. It will be a new challenge for us all and we will not be complacent. We are entering new territory and it will be tough.”

Gerry Moane and Brendan McLaughlin stepped into the management roles just ahead of the national league campaign and while the Fermanagh man was there previously this was a new experience for Strabane man McLaughlin. To their great credit the management team and the players have really stepped up to the plate. The players have made steady progress and the fitness levels are up to championship pace now. That coupled with the spirit they have is vital says the captain.

“ This intermediate campaign I see as a stepping stone to get us back to senior ranks. Tyrone is a big county and we have plenty of quality. There’s been a lot of work done in the past couple of years and we are seeing players develop. We have the right attitude and we are well prepared for the campaign ahead.”