LADIES| Tyrone Through To Intermediate Final 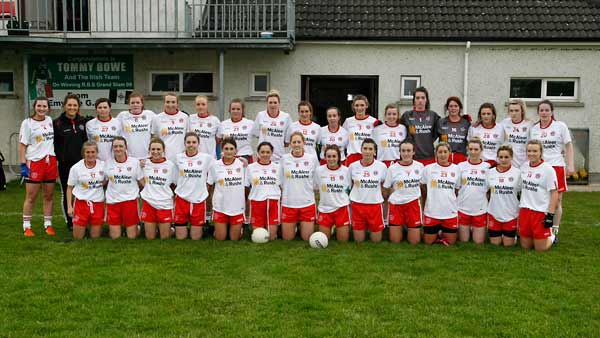 Tyrone are through to their first Ulster intermediate championship final after easing to a 2-14 to 2-9 win over Fermanagh at Emyvale on Saturday. A poor surface failed to derail the Tyrone performance that was a lot better than the final five points that separated the sides suggested. Two injury time Erne goals narrowed the gap from eleven points to five.

Tyrone dominated in all sectors of the park. Emma Smyth hit 0-5 with the goals coming from Meabh Mallon (first half) and Grainne Rafferty who actually scored 1-2 from the bench in five minutes.

At the break Tyrone led 1-9 to 0-5 and were never in any danger. The win was based on a solid defence, good midfield and hard working forward line. Fermanagh keeper Gleeson made some stunning saves to deny Tyrone but she could do little to deny Mallon who drilled home that first goal .

Despite a spirited fightback from Fermanagh just after the restart with Aishling Woods hitting 0-2 and Shannon Lynch making a great save to deny McGovern Tyrone upped the tempo and had the game sewn up long before the final whistle.

There was some disappointment for Tyrone though. Neamh Woods suffered a first half shoulder injury that forced her withdrawal and Cara McCrossan rolled her ankle on a poor surface and was also taken off.