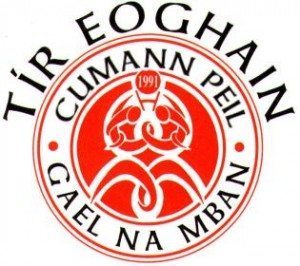 Tyrone U14 Ladies started their Ulster Championship campaign with a convincing win over Donegal on Saturday afternoon. The game was played at a magnificent Marius McHugh Park in Castlederg where Tyrone entered the game as slight favourites after defeating their opponents in the Ulster Blitz just two weeks ago.
The Tyrone girls started strongly going into a 2-1 to no score lead with two goals by Sasha Byrne and a point from Slaine McCarroll. Donegal responded with a point but Tyrone extended their lead with two goals from Dearbhala McDonald and points from Byrne, Emma Brennan and Erin Gallagher.
Donegal were not going to give up easily however and enjoyed five minutes of domination converting two goals to bring them back into the game. In the dying seconds of the half Sasha Byrne completed her hat-trick after a strong solo surge forward by Tyrone half-back Sinead Donnelly to leave the Red Hands leading 5-4 to 2-1 at half-time.
From the throw-in Tyrone added a point from Slaine McCarroll followed by two points from Naomi Donnelly and another point from Sasha Byrne. Donegal were still not about to give up and continued to scrap for every ball and were rewarded with a goal and a point.
However, these were Donegal’s last scores of the day and the game was over as contest when Naomi Donnelly slammed the ball into the net for Tyrone’s sixth goal. Anna Harper then scored three points from play in her home pitch and substitute Emma Kirk concluded the game for Tyrone with two well taken points.
The Tyrone management will be extremely satisfied with this 6-13 to 3-2 victory in the opening day of the Ulster Championship and will look forward to the next game against Monaghan in three weeks time.
Team: Hannah McMullan, Cassie McClure, Aoife McConnell, Rebecca Coyle, Megan McMenamin (Capt), Sinead Donnelly, Aoibhinn McHugh, Erin Gallagher, Slaine McCarroll, Roisin Devlin, Claire Tuohey, Emma Brennan, Naomi Donnelly, Dearbhala McDonald, Sasha Byrne. Subs used: Anna Harper, Aine Hamill, Emma Kirk, Anna Kelly.