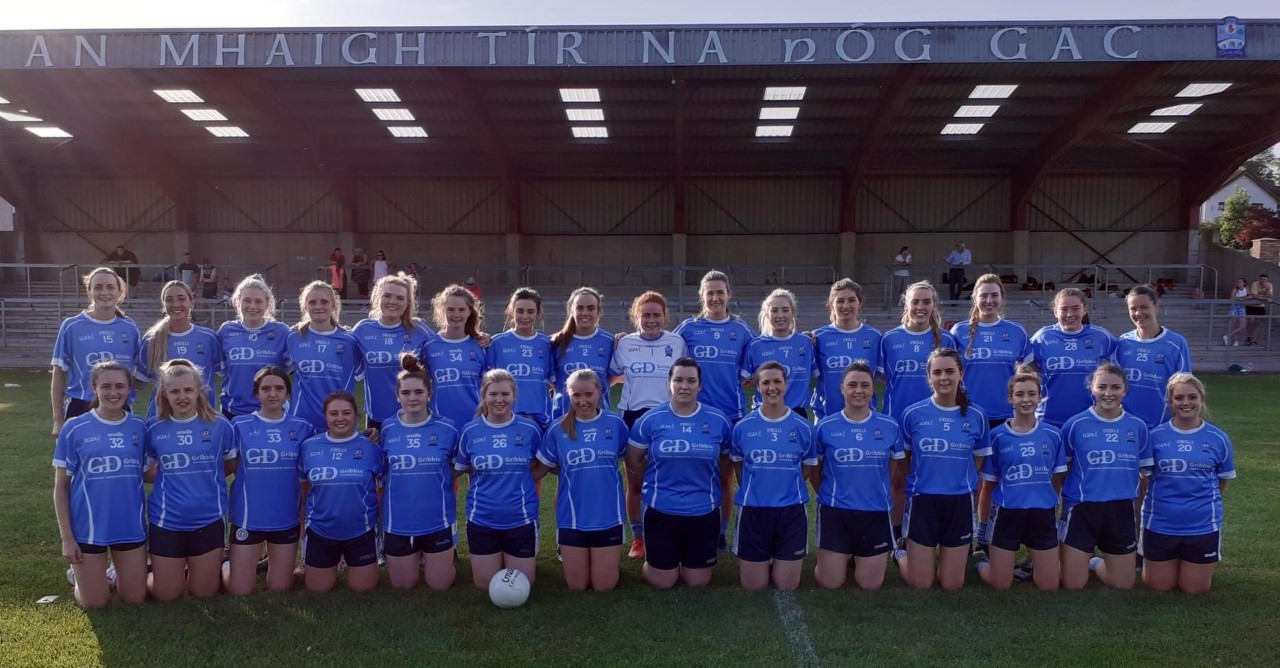 Following a heavy defeat for the senior ladies side the prospect of championship relegation looms large for Kevin Mc Crystal’s side.  A play-off with Cavan will now determine their fate. The sides met earlier in the season at O’Neills Healy Park and Cavan ran out convincing winners on that occasion. They will be hot favourites this time around too.

Decimated by absences not too many outside the group gave Tyrone much of a chance against Waterford. Tyrone were under pressure right from the off and struggled to create or convert chances with Niamh O’Neill and Grainne Rafferty sharing the forward threat for the Red Hands.

Waterford were deserved winners scoring 1-4 without reply in the second quarter and leading by seven at the break they dominated the second half to run out easy winners. Katie Murray top scored for Waterford with 2-3 while Aileen Wall hit her team’s third major as the Deise showed just how effective they are as a team.

“Two evenly-matched teams” was the verdict here from one Kildress Ladies stalwarts and never were truer words spoken as Kildress and Moortown contested a wonderful 3-11 to 1-17 draw down on the Loughshore on yet another brilliant summer evening in one of Gaelic Tyrone’s finest settings. Saturday evening’s draw maintained Kildress’ good League run and produced, from both teams, that powerful contribution of excitement and good quality football. At half-time Kildress led by a point, by the second water break Moortown had pushed two points ahead but by full-time it was back to all-square. Ann Marie Lennon’s two goals and Shannon Crilly’s 1-3 saw them share the top-scorer billing but just as important was Charleen Quinn’s second half penalty save. The Tones’ 3-11 was eye-catching but the team’s defensive play was just as important in this one, much of it yet again built around the pivotal and always classy Aoife O’Connor. At mid-field Sinead Daly put on a fine display and Kildress will also be pleased with the fact that they had six different scorers over the hour.

Aghyaran 1-4 v Killeeshil 5-26
Killsheel travelled down to Aghyaran went home with the 3 points. This was a starred game and Aghyaran struggled to cope with the absence of their county contingent and work commitments of three others. Killeeshil were sharp, pacy and well organised and were deserving winners on the night. However credit must go to the young Aghyaran side who battled hard throughout. Killeeshil began well and were soon nine points clear. Aghyaran lost Tara McHugh due to injury. Ciara Donnelly dominated the scoring for Killeeshil in the first half scoring 1-6. At Half time Killeeshil led 1-14 to 1-1. Aghyaran got off to a better start to the second half with three A Coyle points but that was as good as it got for the home side. Ciara Donnelly definitely had the shooting boots on along with her counter part in midfield Alana Donnelly. Others to contribute to the scoring for Killeeshil were Orla Mulgrew, Bronagh McKenna, Zoe Loughran.

Dungannon got the better of an under strength Macartans side winning 2-5 to 1-4. Aine Mc Nulty took on the scoring responsibilities for Dungannon with 1-1 while Aoife Mc Gahan hit 0-4. Brenna Mallon bagged the winners’ second goal on a night when they were worthy winners over the Clogher Valley girls. Cathy Maguire 0-2, Rhiannon Monaghan 1-0, Shannon Keenan 0-1 and Cadhla Mc Carroll 0-1 were on target for a young Macs side.

Trillick continued their fine run of form with an impressive 6-8 to 0-4 win over Drumragh. A brace of goals just before halftime by Cathleen Kelly and May Williamson knocked the wind from the Drumragh girls’ sails and the Reds never looked back. Cathleen Kelly finished top scorer with 2-6, May Williamson hit 2-0 and Shauna Mc Gurren 1-1, Catherine Mc Caughey 1-0 and Amy Goodwin were all on target for Trillick. On a disappointing night for a weakened Drumragh side Eva Mc Caul 0-2, Grace O’neill 0-1 and Kathryn Donaghy 0-1 accounted for their scores.

Castlederg senior ladies team made the very long journey to a very hot and sunny Páirc Thír na nÓg, Moy Thursday evening to take on the home team in the latest round of the Tyrone All-County Intermediate League.
Played in sweltering conditions, the game opened brightly with both teams having plenty of goal and point-scoring chances. As the opening thirty minutes played out, it was Castlederg who proved that bit more clinical in front of goal to lead by four (2-3 to 0-5) at half-time.
Two more goals from the visitors shortly after the restart saw them open up an eleven point advantage. All looked lost for An Mhaigh at this stage but, to their credit, the sky blues produced a storming final quarter in searing heat to close the gap on their opponents.
The Moy girls found the net twice during that purple patch and hit some nice points to reduce the deficit from eleven to four. Unfortunately, though, they ran out of time and it was Castlederg who made the long trek home happiest with a good win.