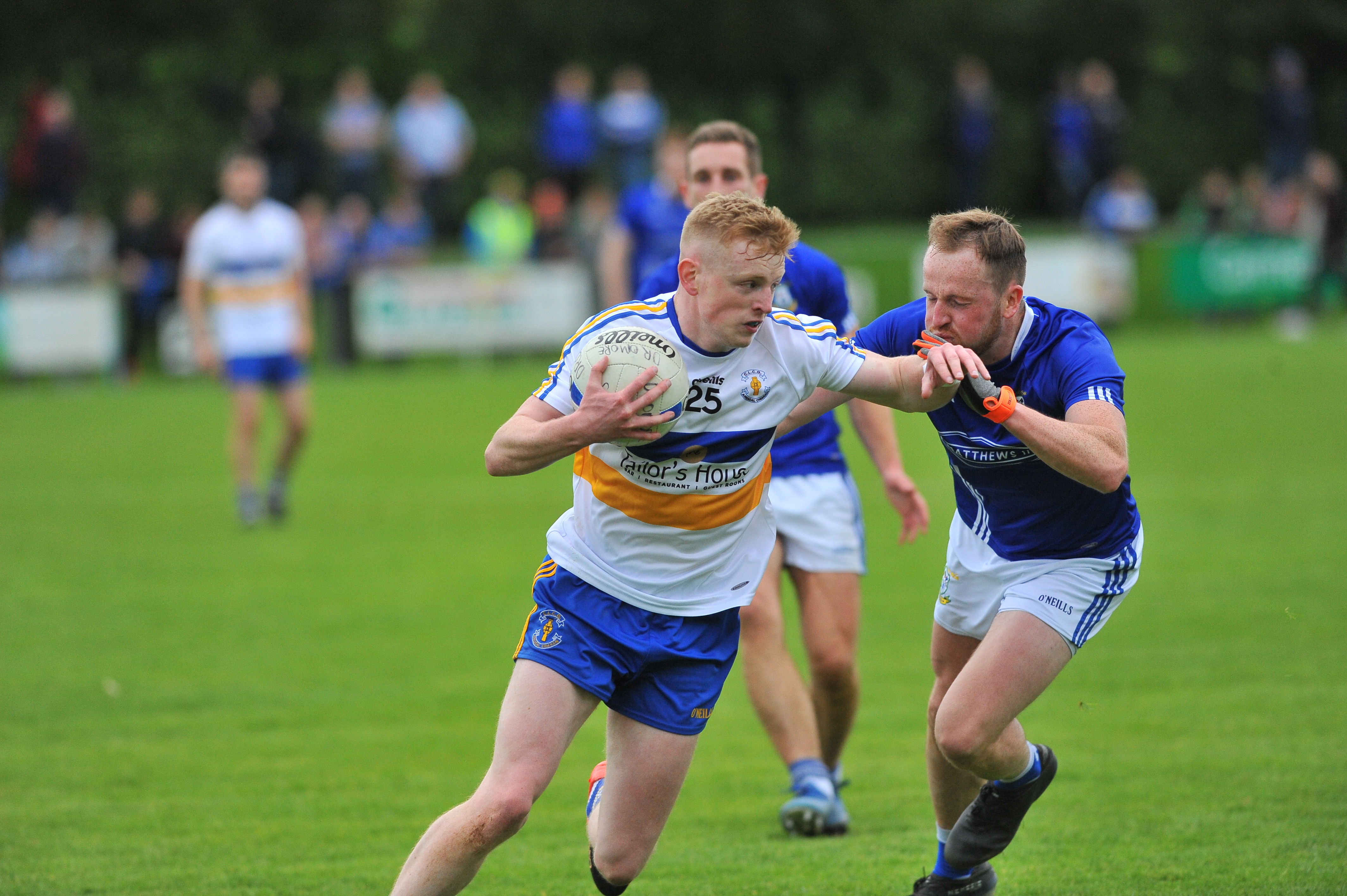 The last of the quarter finals took place in Carrickmore in Sunday evening and the fare served up was in keeping with the previous three games over the weekend as Errigal Ciaran pipped Dromore in dramatic circumstances.

With time up and a third extra time contest from the four games on the cards Errigal Ciaran midfielder Eoin Kelly proved to be his side’s match winner with a superb winner. Two minutes earlier they were staring defeat in the face when Ronan McNabb put the St.Dympnas back in front in a keenly contested affair but there was two be a couple of late twists as the Dunmoyle based men set up a last four encounter with Dungannon.

Peter Harte opened the scoring for the winners before Dromore almost got in for a 2nd minute goal but Niall Kelly made a timely interception from Sean McNabb’s intended pass. Harte doubled his side’s advantage before a sweet effort with the outside of the boot pushed Errigal Ciaran 0-3 to 0-0 in front by the 12th minute. Sixty seconds later Sean McNabb opened Dromore’s account only for Odhran Robinson to cancel that out at the other end of the field. Dromore though gradually played their way back into the game with Niall Sludden taking a great score from out on the right wing before Errigal keeper Darragh McAnenly came to his side’s rescue with a brilliant save to deny Eoin McCusker at the expense of a 45 which Emmett McNabb converted.

Sludden then won a free which Sean McDonnell knocked over to level matters and all the momentum was with the St.Dympnas at this stage. McDonnell converted again following another foul on Sludden before Cahir Goodwin got on the scoresheet deep into injury time to make it five unanswered points as Dromore held a 0-6 to 0-4 lead at halftime.

Both defences were on top with Peter Teague and Ciaran Quinn worthy of special mention for their respective sides before substitute Cathal McCarron placed Emmett McNabb for the lead point for Dromore. Harte hit a superb equaliser with the outside of his boot before Niall Sludden, who had re-entered the action after going off at the interval, put his side back in front. A sweeping move from Errigal Ciaran saw defender Cormac Quinn split the posts before Ronan McNabb put Dromore back in front a minute into injury time. Three minutes into added time Harte knocked over what looked a soft 13m free before last season’s beaten finalists set up a last four meeting with Dungannon when Eoin Kelly hit a superb winner.