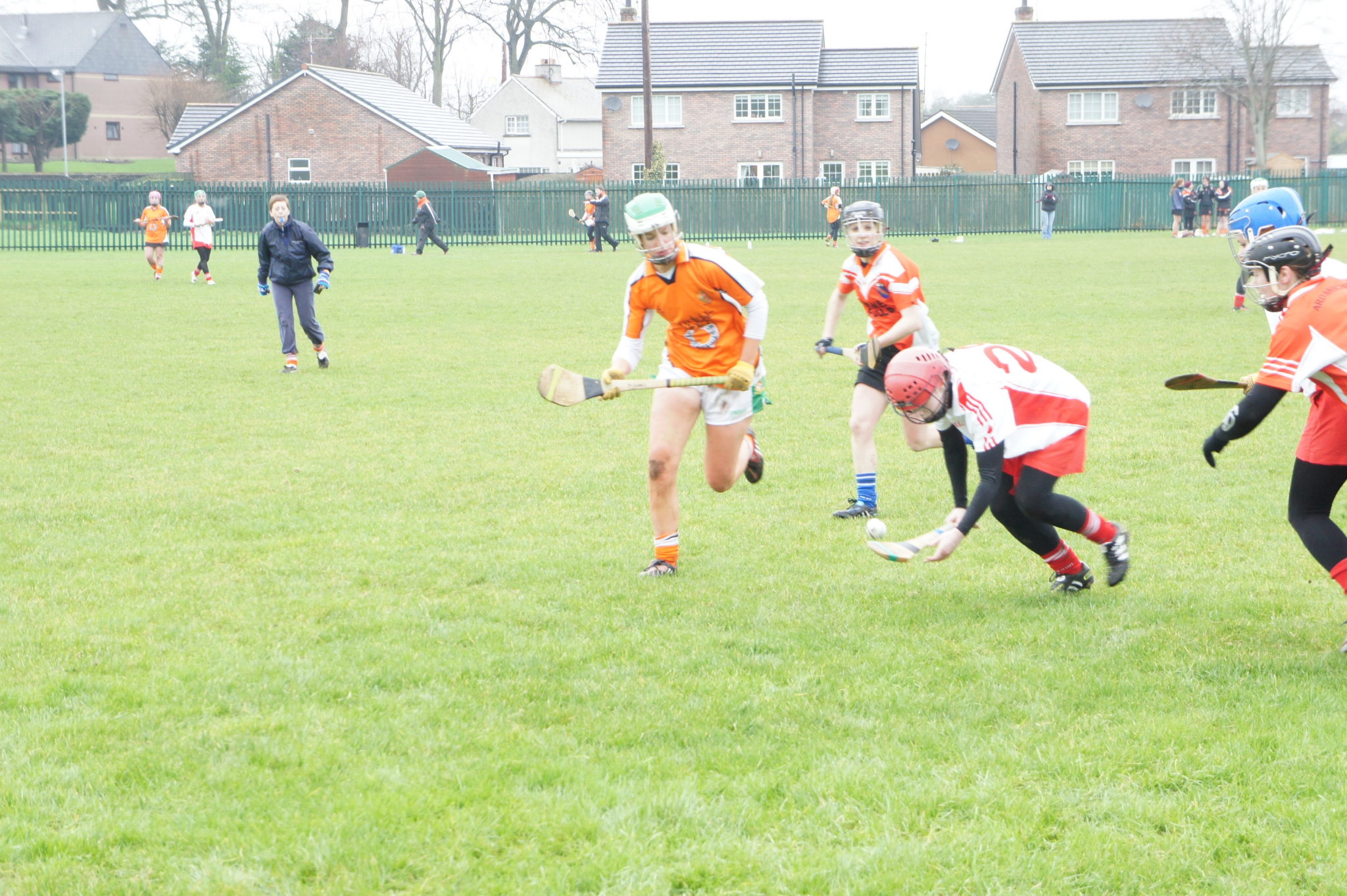 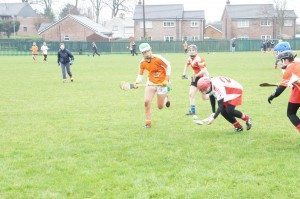 The Tyrone senior team had a short trip on Sunday to play their second match of the year against Armagh at the Sherry Field complex. There was a strong panel of Tyrone players on a cold morning against a talented Armagh squad who had home advantage. There were some excellent points from Emma McAliskey and Aisling Corr during a tight first fifteen minutes. The Armagh camogs looked strong and scored some great points from open play. Tyrone goalkeeper Cara Fitzgerald made some fantastic saves to keep the score-line respectable. There were also some defensive displays from Siobhan Hughes and Catherine Hanna and the Tyrone team looked to be improving their first touch as the match progressed. This is a very young Tyrone squad with great potential and they are continuing to improve as they work towards the first competitive league match at the end of February.
A big thank you to the Armagh squad for turning out such a strong team for this match.
There will continue to be combined minor and senior training on Tuesday evenings indoor at St Josephs College Coalisland and outdoor sessions/matches on Sundays. There will be another challenge match on February 19th against Ballinderry and details will be circulated nearer the time.
We would like to wish St Catherine’s College Armagh all the best in their junior all Ireland quarter final against Tullamore of Co Offaly. The team has our very own Fionnuala McGrath on their management team and four Tyrone county under 16 squad members in Aine and Ellie Donnelly, Shelly McVeigh and Alanna Muldoon. The match will be played at an Armagh venue next Saturday 11th February. Fionnuala has been nominated for volunteer of the year award and we wish her every success.
Finally good luck must go to Doire Treasc footballers who play in an All Ireland Junior football final on Sunday 12th February. All within Tyrone Camogie wish the team every success and hope you bring the honours home with you.