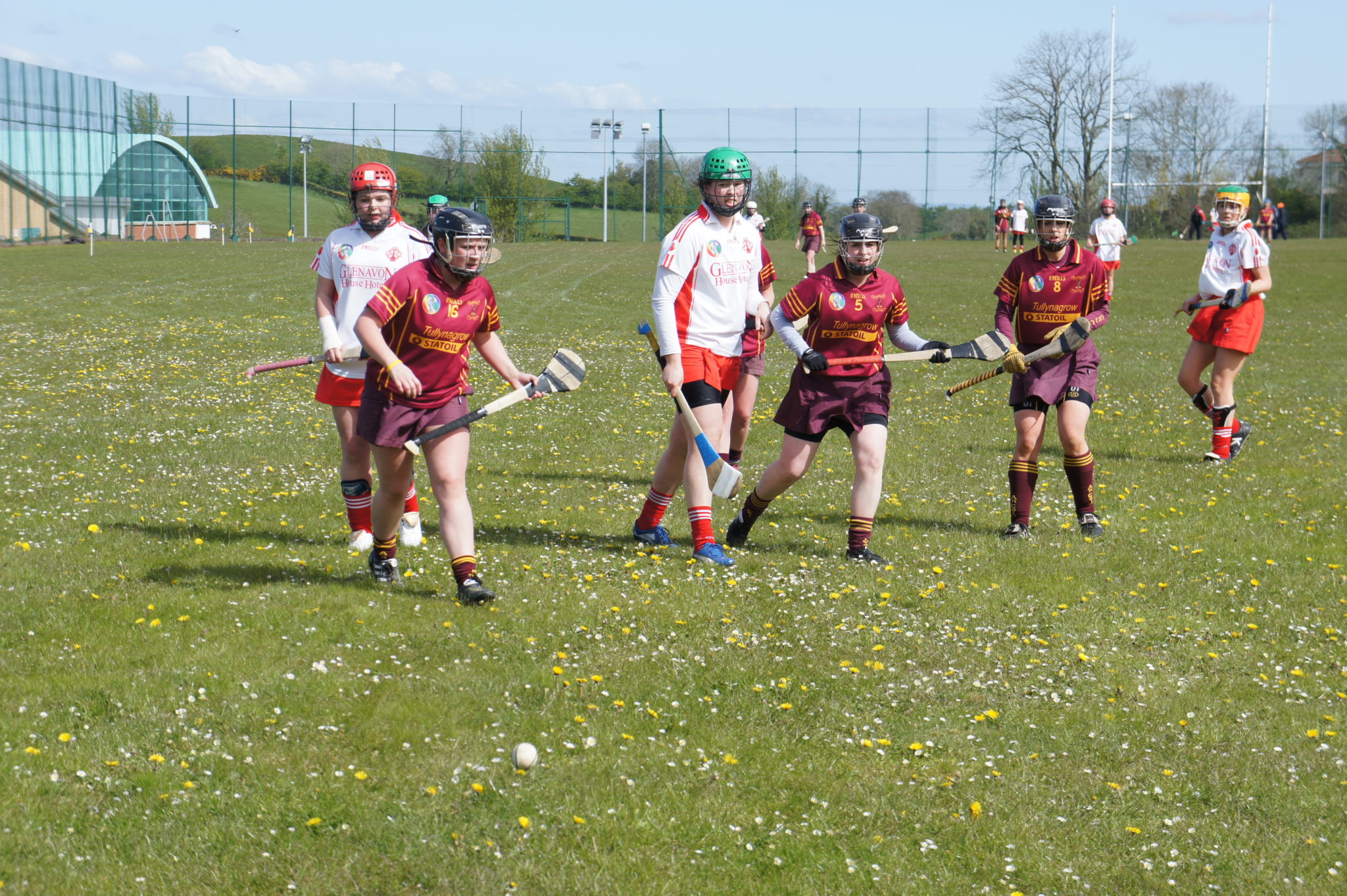 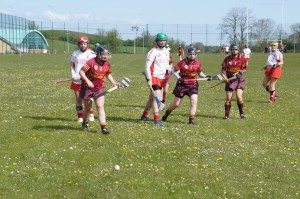 After a short break in the training schedule the Tyrone senior squad resumed their rivalries with an Armagh senior team in the shape of a very strong Keady outfit. The Tyrone team has been ravaged with injuries and had the minimum players available for selection. The weather conditions were more akin to mid-winter as the pitch was battered with severe gales. The game got under way with Tyrone enjoying the majority of possession but they failed to capitalise on it and Keady were more clinical and took the lead with a point on the five minute mark.
Tyrone’s Maria Jordan was dominant in the middle of the park and there was some fine interchange play between Jordan and the forward line. Unfortunately the conditions didn’t favour open play and a succession of wides for Tyrone left the visitors ruing their missed chances.
Keady enjoyed a period of dominance close to the Tyrone goal mouth and stand in goal keeper Julie Lagan was heroic form with several fine goal line clearances. Niamh Gavin and Siobhan Hughes in defence were proving formidable and were able to keep Tyrone in the game.
Aisling Jordan went on a blazing run ending with a driven shot that the Keady goal stopper was fortunate to stop and deny Jordan what would have been a memorable goal.
The pressure Tyrone exerted was not rewarded however and as so often happens and Keady scored a deflected goal against the run of play. However a minute after the goal Maria Jordan again with the help of Aisling Corr set up a scoring opportunity for Niamh McNulty who needed no second invitation and she buried it to give Tyrone a well deserved goal. This seemed to shaken Keady from their slumbers and an intense period of play around the goal mouth saw Lagan, Hughes and Aine Donnelly make some determined stops. When the half time whistle sounded the visitors were behind by a solitary point.
The second half saw Tyrone failing to convert their chances and wide after wide for Tyrone was becoming the story of the game. Cathy Jordan and Emma McAliskey were dominant in their positions however with the wind causing havoc it was difficult for the Red Hand girls to make the most of their chances.
Keady on the other hand were able to take their chances and landed another easy point. Maria Jordan again fed the forwards with plenty of possession and Niamh McNulty fired one to the back of the net. However Keady responded positively and scored a goal of their own.
Without the full quota of players available the Tyrone team kept the scoreline as close as they could but Keady moved up a gear and as the whistle blew were winners by a goal and 3 points.
In other Camogie news there was a new sponsor for the training jackets in the form of “Darcy Scrap Metals” of Tattyreagh. The kit was officially handed over during the week and the squad had it in their person for the game on Sunday. A big thank you extended to the Darcy sponsors who as most people know have been Camogie supporters to the core over the decades.
The county Féile will see the clubs pitted against each other for the chance to play in the All Ireland version in Dublin this year. Details of the event will be released shortly through the club officials and we wish every team the best for this much anticipated event.