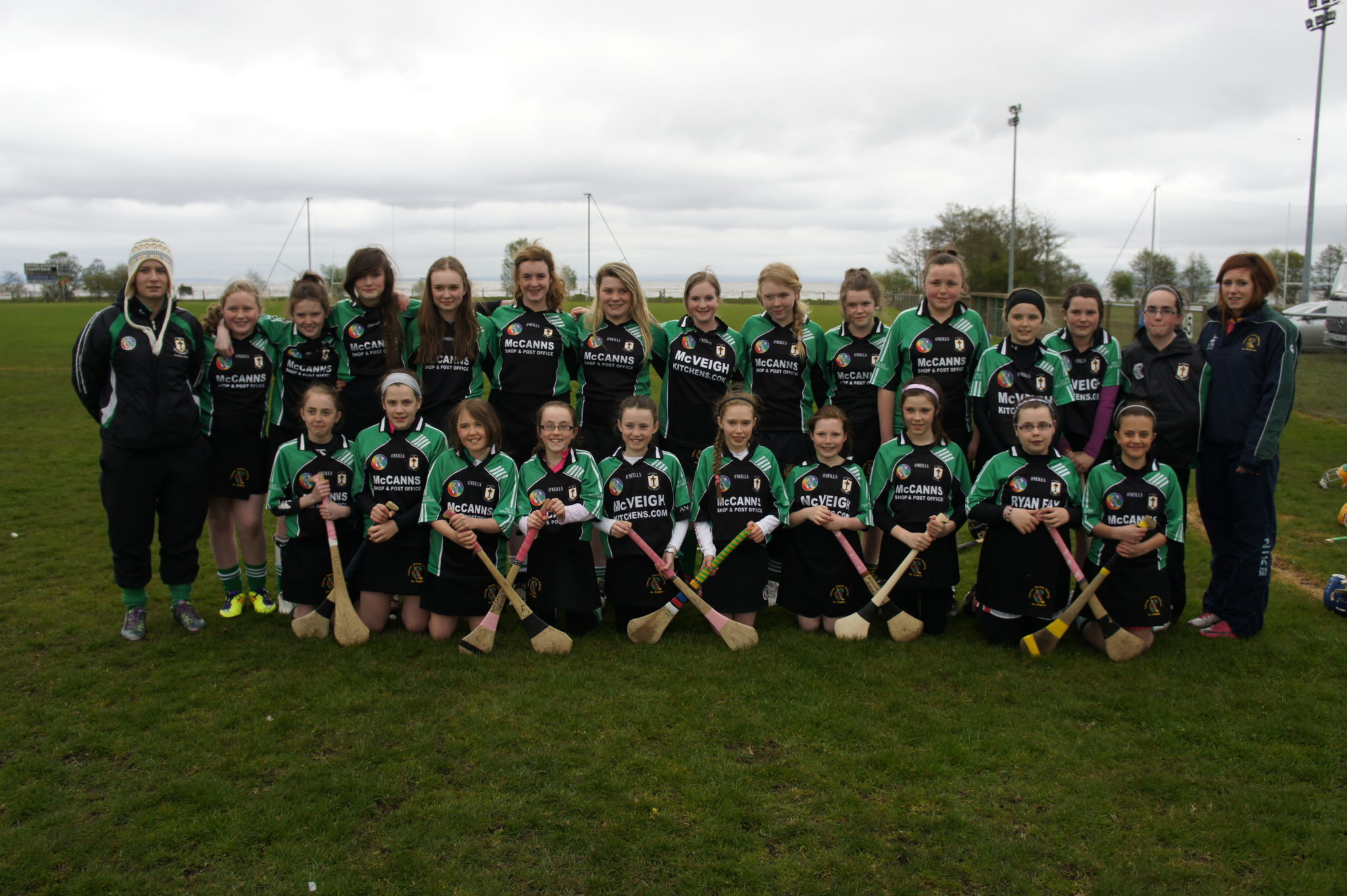 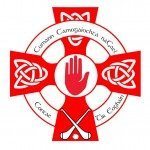 The Tyrone senior team was elevated to the lofty heights of the Ulster Senior A championship on Sunday when they played Armagh in Eglish. The two teams had to contend with very strong winds and the visitors chose to play into the wind in the first half. The game got under way with Armagh on the attack and Tyrone goal keeper Kelley-Anne Fay was called into action with some superb stops. The game then changed its intensity and after five minutes it was Tyrone’s turn to apply pressure. Tyrone were awarded a free on the side line 45 metres out and Niamh Gavin gave the home side the lead after ten minutes. Armagh immediately applied pressure on the Tyrone goal again and Rebecca Barker and Fay were more than a match to the challenge. Armagh however scored a point from a free that levelled things on the scoreboard. Tyrone’s Emma Fitzgerald then received the ball and buried it in the back of the net after fifteen minutes. Armagh again refused to let Tyrone have it all their own way and they scored a point within a minute of the goal. There then followed a five minute spell without any scoring opportunities which saw Tyrone play some excellent Camogie. Ciara McGready was in fine form and frustrated her marker into submission on many occasions. Cathy and Maria Jordan produced some brilliant passages of play. Aisling Jordan at times was so focused around the play her marker was defenceless. McGready again was at the centre of play when she and Fay made some heart stopping goal line clearances. Siobhan Hughes and Barker also played their part and Tyrone’s defence and their training regime was clearly paying dividends. Catherine Hanna was having a superb game playing one of Armagh’s strongest players.
However Armagh took another point on the twenty minute mark against the run of play. Tyrone then were first to every loose ball and the majority of the play was inside the Armagh half. Aisling Corr stepped up and took a free from outside the 45 metre line and scored an eye catching goal. She added to her tally a minute later with another free to take a point. The captain was clearly showing her leadership qualities. At half time the score board read Tyrone 2-3 Armagh 0-3. 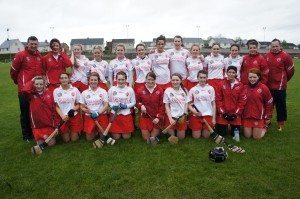 The second half started with Armagh having the strong wind on their side. It did take them five minutes to register their first point. Every free conceded by Tyrone was an almost certain point and Tyrone found themselves under severe pressure. It seemed almost impossible for the ball to get any further than the 45 metre line as the wind strength increased. Using the elements to their advantage Armagh scored freely and after ten minutes of the second half Tyrone’s lead was down to a single point.
Tyrone never gave an inch and enjoyed some excellent passages of play. Niamh Gavin tried to keep the ball low with her frees but the wind was made controlled play very difficult. Armagh scored freely and with ten minutes they led by six points. Tyrone continued to battle and had many chances from frees and open play but things were not going their way. When the final whistle sounded the score was Tyrone 2-3 Armagh 1-12. Tyrone did give their neighbours a scare and the management know their hard work is showing on the field of play. Despite the defeat Tyrone will now be buoyed and look forward to the open All Ireland Championship at the end of June against Dublin.

In other Camogie news Eglish will represent Tyrone in the All Ireland Féile after a narrow win against Dungannon. The young under 14 camogs showed their skill level in a tight replay match in Derrylaughan. There was only a single point scored in the whole game and everyone wishes Eglish all the best in the Finals in Dublin in July. 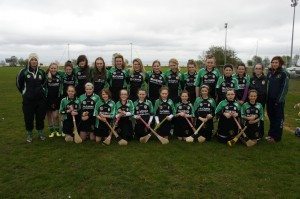