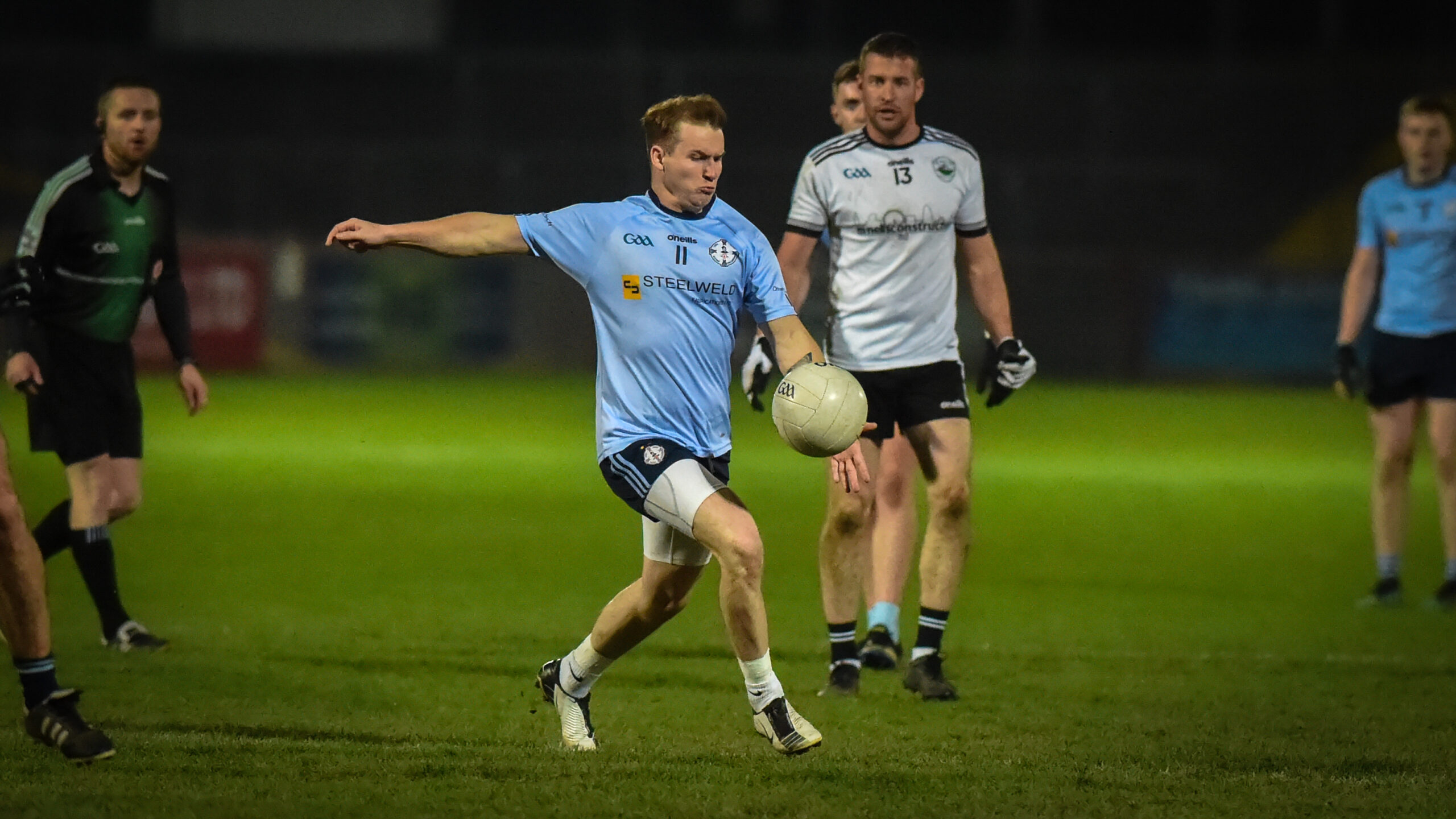 The top two teams in junior football met in Sunday evening’s LCC Championship final at O’Neills Healy Park with Cookstown Fr Rocks coming out on top defeating Eskra 2-10 to 1-6. A close first half saw the sides tied at the break but the introduction of James Mc Gahan to the game for the final quarter turned the contest very much in Cookstown’s favour. Mc Gahan hit two points himself and was involved in most of Cookstown’s fourth quarter scores.

There was little between the sides in a cagey first half where both teams struggled to create meaningful chances. Cathal Meegan opened the scoring with a point for Eskra after two minutes but Fr Rocks then hit three in a row courtesy of Barry Potter, Ryan Pickering and Conor Donnelly. Pickering was tasked with curtailing the threat of Eskra play maker Peter Hughes and the tight marking defender certainly came out on top in that duel.

Johnny Hackett converted a penalty for Eskra just before the water break to put the Emmetts a point up and Aaron Kelly stretched the lead to two with a fine run and finish on twenty four minutes. Eskra were in front but even then it was clear that they were struggling to break down the well organised Fr Rocks defence and points from Nathan Connolly and Barry Potter sent the sides off at the short whistle tied Eskra 1-2, Cookstown 0-5.

Matthew Carberry opened the scoring after the break to put Cookstown one up but a brace of Peter Hughes points and a converted Aaron Kelly mark had the alarm bells ringing for Fr Rocks. Mc Gahan was sprung from the bench and the game swung. With the finishing line in sight Cookstown seemed to find renewed energy hitting 1-3 without reply, Matthew Carberry with the goal and James Mc Gahan (2) and Ruairi Mullan with the points.

Eskra appeared to have run out of ideas and energy and although Joe Mc Carroll added a point they could not penetrate the Cookstown defence in which Marty Murray and Conor O’Hare were superb. Barry Potter stretched the lead with a converted free before Mc Gahan slipped a pass to John Gilmore and the big full forward sealed the win with an exquisite finish.