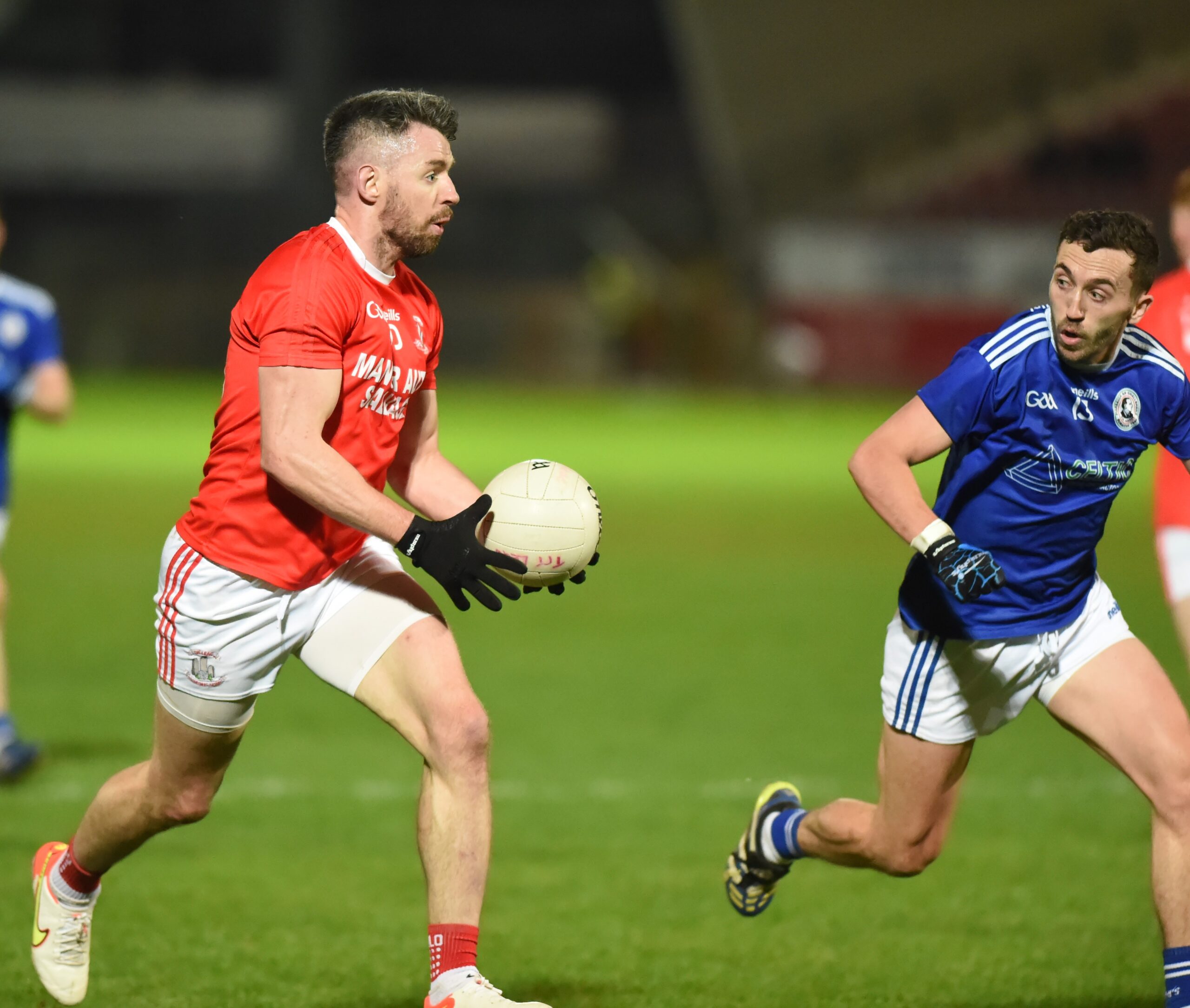 There were convincing wins in the LCC Senior Championship for Eglish and Trillick in Friday night’s double header at O’Neills Healy Park.

Eglish were hugely impressive especially in the first half of their game against Pomeroy. Points from Ethan Jordan, Conor Mc Kenna, Seamus Muldoon and Michael Mc Gleenan came in reply to an early Pomeroy score by Hugh Mc Namee. Ryan Loughran and Mc Namee pointed again to narrow the gap to one but from then until the half time whistle Eglish were in total control. Seamus Muldoon pointed before the same player completed a fine team move with an unstoppable fourteenth minute goal. Eglish added further points courtesy of Muldoon, Ethan Jordan, Dan Muldoon, Michael Mc Gleenan, Colm Byrne and Ryan Mc Kenna to send the men in black off at the break leading 1-10 to 0-4.

Pomeroy had the elements in their favour after the break and improved considerably with Frank Burns in particular outstanding. Points from Burns, Mc Geary and goalkeeper Mc Court gave the Plunketts hope but that hope was extinguished when substitute Luke Donnelly netted with his first touch of the ball after coming on just before the water break.

Pomeroy battled to the end and narrowed the gap with a well taken Frank Burns penalty but Eglish ran out clear winners in the end on a final score of 2-15 to 1-11.

Galbally put it up to Trillick for long periods of Friday night’s game but the Reds always seemed to be in control and looked as if they could create scoring chances as and when required should the need arise.

Ciaran Daly and Lee Brennan converted early opportunities before Conor Donnelly struck for Galbally’s first point of the game. Ritchie Donnelly lofted over a fine score before Blaine Nugent replied for Galbally just before the first water break to leave it 0-3 to 0-2 in favour of Trillick.

The Reds began the second quarter strongly with a Lee Brennan point followed a minute later by a converted penalty from the same player. Conor Donaghy responded with Galbally’s third point of the game but even at that stage the signs were looking ominous for John Moylan’s side.

The second half was a less than inspiring period of football with Trillick enjoying lots of possession but failing to create or convert chances. Eventually, midway through the half, they hit the net twice inside a minute when the Garrity brothers found their shooting boots. Those goals deflated the Galbally lads but Christopher Morris, Liam Rafferty and Aidan Carberry continued to drive their team forward at every opportunity.

Their endeavour was rewarded as they hit 1-4 without reply in the closing ten minutes including a goal from corner back Carberry to leave the final score 3-7 to 1-8 in favour of Trillick. The one major downside for the Reds was a knee injury to talisman Mattie Donnelly who had to be carried from the field following a clash with a Galbally attacker. We wish him a full and speedy recovery.