Home | Let’s Hear It For The Fullbacks.

Let’s Hear It For The Fullbacks. 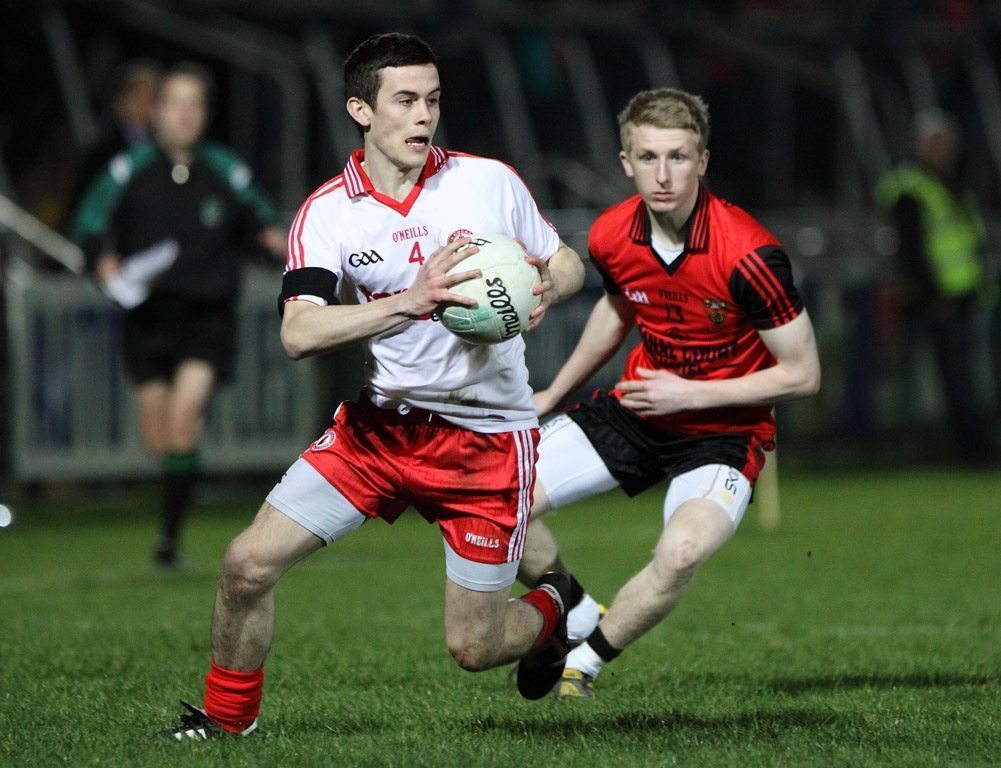 I wonder if you were to do a survey of “Man of the Match” awards how many of them have been won by defenders. Or if you were to ask spectators what their abiding memory of a game was it will rarely be the great block, the fine tackle or the timely interception made by a defender.

To all rules of course there is at least one exception and it could be argued that Conor Gormley’s block in the 03 All Ireland Final will always feature as a decisive moment and a highlight of that particular game.

What I am referring to has more to do with the normal work of a good defender who goes about his job quietly and efficiently dealing with whatever the opposition throws at him in a no nonsense no fuss manner. Rarely if ever does that type of player grab the headlines but if he comes up against a flying forward on top of his game he can be badly exposed and often ridiculed for his perceived lack of pace or ability.

Corner back is a specialist position and for a team to be successful you need a few of these specialist players about you or on your team.

The Tyrone full back line in the two drawn games against Down looked nervous and vulnerable at times as the men in red and black appeared to have the Indian sign over them. One positional change and a switch in personnel later and the problems the full back line were having seemed to have been sorted. It is not very often in a game that you see an entire full forward line replaced but that is what we saw in Armagh last night.

The Down lads started well but as the game went on and more particularly as Tyrone began to get a grip around the middle third, Finbar Mc Quaid, Ronan Mc Namee and Ryan Pickering completely blotted out any threat from their opponents. Time after time the Tyrone lads were out in front or got a vital hand in to deny their opponents clean possession. The moves that led to several excellent Tyrone scores very often began deep in their own defence as this trio of players turned potentially dangerous situations into Tyrone scores through their hard work and skill.

Make no mistake about it that Down forward unit is as potent and as pacy as any that Tyrone will face all year. Last night proved that our fullbacks are capable of coping against good players but they need their team mates further out the field working hard also to make their job easier. During the last five minutes of the first half and the entire second period that is exactly what happened.

In contrast to the first two games Tyrone played well as a team and worked hard in support of each other both on and off the ball. Tackles were put in all over the field and after a shaky start Down just were not allowed to dictate the pace of the game. The good quality ball that had been given into the Down forwards during the first twenty or so minutes was restricted and the Tyrone defenders benefited as a result. Our fullback line looked more secure and played better as a unit but much of that was due to the excellent work being done further out the field.

This display and result showed that the individual talent is definitely there and when the players produce that sort of team performance they will be hard to beat. It was certainly a fine “team” win last night and many of the plaudits will be for the flare players and the scorers they got but I believe our fullbacks deserve a special mention for the industrious and effective way they went about their jobs. 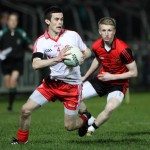