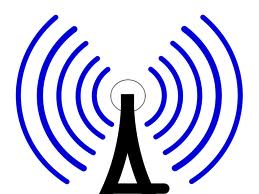 Final whistle and Tyrone win comfortably 1-12 to 0-5, a good day all round for Tyrone football.

Fantastic point from Peter Harte and Tyrone now lead 1-11 to 0-4.and Meath are down to fourteen men with fullback Kevin Reilly sent off. Kyle Coney converts the free and it is 1-12 to 0-4 for Tyrone with 18 minutes gone.

Peter Harte once again with a super run and Tyrone lead 1-10 to 0-3 but Gilsenan gets Meath’s 4th point as Owen Mulligan replaces Stevie O’Neill for Tyrone.

Two Kyle Coney frees make it 1-08 to 0-03 for Tyrone as The home side make a good start to the second half.

Stevie O’Neill with another wonder score and Tyrone lead 1-6 to 0-3 at the break.

A Cian Ward 45 is Meath’s second score of the evening.

S Cavanagh wide with a free 2 mins in.

Tyrone to play with the breeze first half.

Both teams on the pitch, a small enough crowd and a pleasant evening for football.

Tyrone fans around the globe are in for a real treat this evening. Teamtalkmag.com Radio will be LIVE from Healy Park Omagh to bring you the very latest from the Tyrone v Monaghan Division 3A Hurling League clash and the Tyrone v Meath Football game.

Get the word out there that we will be live from 4.45pm. One piece of news for Tyrone fans is that following his appeal to CHC in Croke Park PJ Quinn has had his suspension reduced from two matches to one and will be available for selection for next weekend’s final league fixture at home to Monaghan.

(Please note that there may be a short advert at the beginning of our broadcast. These adverts do not express the views or opinions of Teamtalkmag.com)