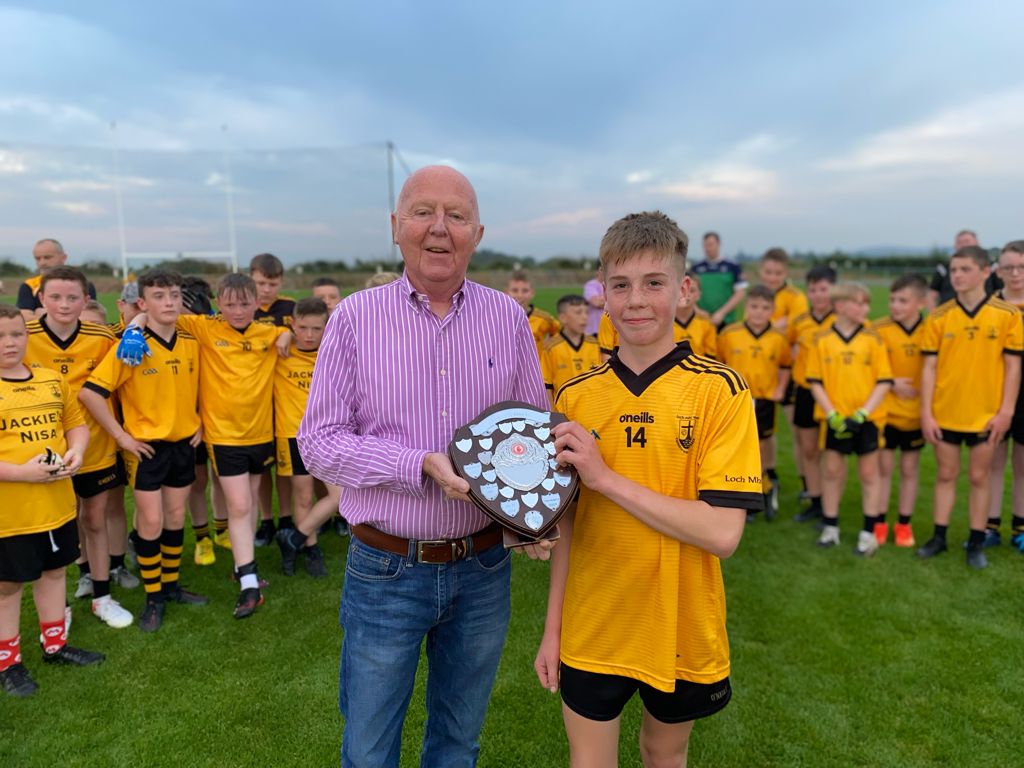 Loughmacrory completed the Grade 2 Under 13 double when they defeated Clonoe in the championship final on Wednesday evening at Gortacladdy.

Having lost to the Loch in the league playoffs the Rahillys were determined to begin well and a first minute goal from full forward Cormac Talbot gave his team the perfect start. However that goal seemed to galvanise the Loch lads and within five minutes they were level courtesy of a super goal from full forward Pearse Mc Donald.

Loughmacrory dominated from then until the half time whistle with some superb football, excellent defending and high quality attacking. Loughmacrory added further goals from Odhran Curran, Mc Donald, Cormac Gallagher, Ciaran Mc Crystal and Conan O’Brien to reach the break leading 5-3 to 1-2.

The second half was dominated by both defences as scores became harder to come by. Clonoe missed several good chances while their keeper Eoghan Ruadh O’Neill denied the Loch lads on at least three occasions with top class saves.

The winners eventually wrapped the game up with their sixth goal of the match. Centre forward Odhran Curran broke through and finished superbly to the left hand corner with eight minutes remaining. The Loch added five further points ensuring a league and championship double for this very talented team.