Home | Loreto Omagh Through To Under 20 A Final.

Loreto Omagh Through To Under 20 A Final. 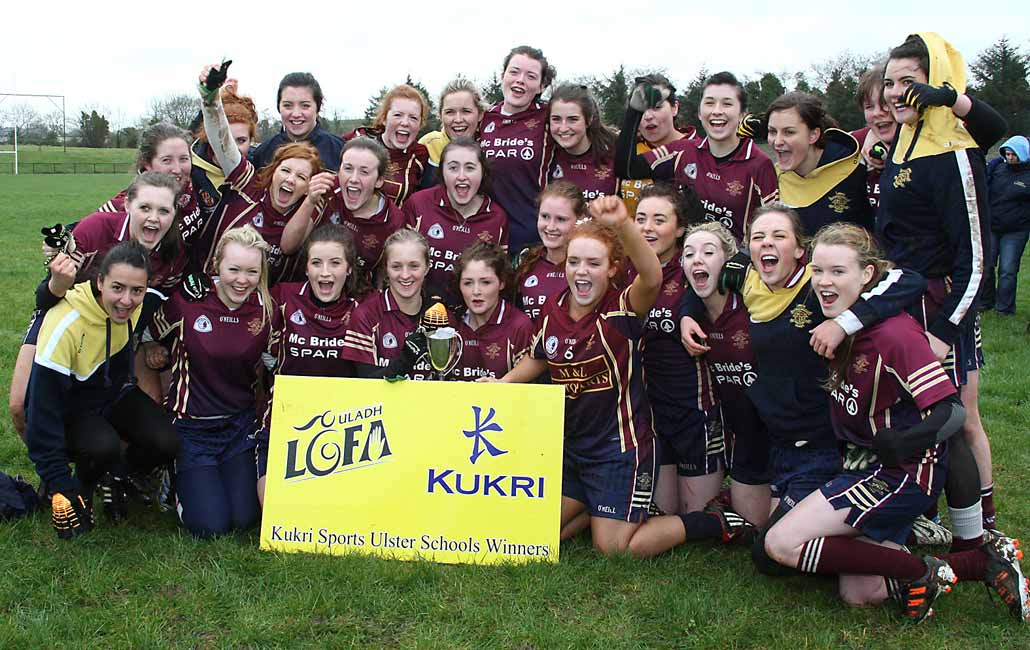 Loreto Convent Omagh qualified for the All Ireland Under 20 Colleges final yesterday afternoon with a very convincing 5-12 to 2-6 win over Mount Bellew College Galway at Ballinamore.

The Tyrone girls were on top right from the off with their quick passing, fast moving play opening up the westerners’ defence from the off. A goal from Terri Mc Cusker in the third minute opened the scoring for Loreto and established a lead they never lost. Indeed so dominant was the display that the Galway girls only managed to nick a few scores late in the game after Loreto had made a raft of second half changes. The Omagh girls reached the break leading 3-8 to 1-2 and even by that stage there was only going to be one winner.

Mc Cusker top scored for her side with 3-2 to her name but this was no one player show. Eva Hicks, Nichola Donnelly, Niamh O’Neill, Tori Mc Laughlin, Ciara Mc Mahon and Aideen Traynor all stood out in what was a fine all round team victory.

Loreto Under 16 girls take on St Ciaran’s Ballygawley in The Ulster final at Healy Park next Tuesday March 6th with a 12:00 pm throw in time.