Home | Lots To Look Forward To During “Patrick’s” Week

Lots To Look Forward To During “Patrick’s” Week 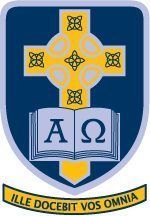 It is a very important week in terms of Tyrone football with lots of action on many fronts. Schools, colleges and county teams are all involved in games that will have quite a bearing on their chances of success this year.

On the vocational schools front Holy Trinity Cookstown, St Ciaran’s Ballygawley and Sacred Heart College Omagh will all face each other bidding to make it through to the semi finals of The Markey Cup. Two out of the three will be successful in that quest and the first of these games, between Holy Trinity and St. Ciaran’s, will take place on Tuesday March 15th at Clonmore.

Wednesday night will see the county’s under 21 side make the journey to Pairc Eisler Newry where they will take on Championship favourites Down in the first round of the Ulster Championship. Raymond Munroe has been very busy with his squad in preparation for the challenge of the Mourne men but is only too aware of the knockout nature of championship football. Tyrone picked up The Cremartin Cup already this year and are backboned by the 2008 successful minor team. However that team came very close to exiting in their first round championship game in Omagh, and their opponents that day were Down. This promises to be a very testing game for The Red Hands but with players like Peter Harte, Ronan Mc Nabb and Ciaran Gervin on the panel Tyrone certainly have the talent to get a win.

March 17th is always a huge day for schools sport in the north with the final of The Mac Rory Cup. In recent years Tyrone schools have been very successful in this competition and once again a Tyrone team has made it through to the St. Patrick’s Day decider.

St. Patrick’s College Dungannon Coach Ciaran Gourley and his players lost out in the final of The Mc Cormick Cup but gained revenge over St. Michael’s Enniskillen in the Mac Rory semi final. Although there are many star players such as Harry Og Conlon and Shea Mc Garrity on the team list this is a real team effort and if they can play to their potential they are in with a great chance of defeating the defending champions St. Colman’s Newry. It promises to be a close game and The Athletic Grounds in Armagh will be buzzing in anticipation of a titanic battle as these two great teams lock horns.

Of course The All Ireland Club finals will take place in Dublin as will the Annual St Patrick’s Day Parade. Although there is no Tyrone involvement in the finals themselves, large numbers of Tyrone folk will make the trip south to attend either or both these events. The Tyrone Association in Dublin is keen to offer a welcome to anyone from the county who will be visiting the capital and have arranged an informal Patrick’s Day get together in The Brazen Head Pub near Merchant Quay from 4pm till late. All details are available on their website www.tad.ie

Tyrone seniors will seek to continue their climb up the table on Saturday evening next when they make the trip to Portlaoise to take on table toppers Laois in their fifth game of the National League. Sunday’s defeat of Antrim was not all that convincing but there were several outstanding individual performances and any day that Kevin Hughes scores four points has to be a good day. Both himself and Sean Cavanagh were in fine form and with the Mc Mahons very much back in the fold Tyrone will head south in confident mood. They will however be mindful that their record against Laois is not particularly good and Laois are currently the form team in this division. However a Tyrone win would not only improve their chances of promotion, it would be a serious statement of intent to the other teams in this division.