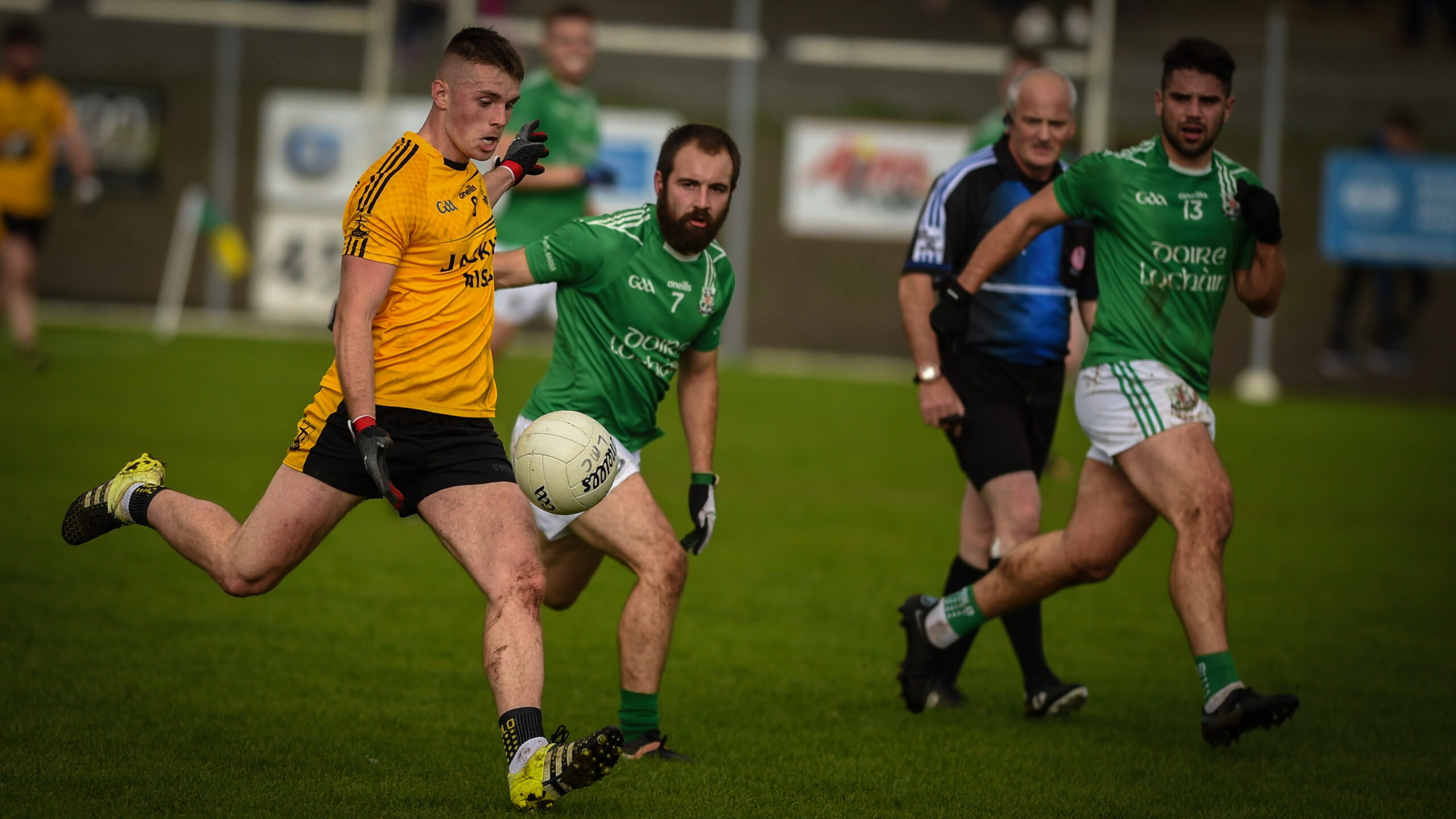 League leaders Loughmacrory are through to the quarter finals of this season’s LCC Senior championship thanks to a deserved four point success over Derrylaughan at Edendork on Sunday afternoon.The winners had the wind at their backs in the first half but they took time to settle and they had to wait until the 10th minute to open their account via a Cathaoir Gallagher free.

A long range Cathal Donaghy point doubled their advantage before Gallagher made it 0-3 to 0-0 with a brilliant effort from out on the left wing. Loughmacrory were winning all the breaking ball around the middle of the field but they couldn’t turn possession into scores and it wasn’t looking good as they hadn’t added to their tally by the 27th minute. Three late points though changed all that with Antoin Fox, Shane Dobbs and Donaghy all on target before the Kevin Barrys finally broke their duck with a Stephen McGrath point with the last kick of the half.

Derrylaughan trailed 0-6 to 0-1 at the interval but four minutes into the second half they were right back in the game when McGrath lobbed keeper Oisin O’Kane for a goal. Tomas Carney added a point before the same player drilled over an equaliser from distance in the 38th minute. At this stage the momentum was with the Loughshore men but crucially the St.Theresas didn’t panic.

Conall Grimes charged through for an inspirational score before Leo Meenan, who had come on as a sub, landing a point and going on to play a key role in their victory. Just before the second water break keeper O’Kane made a vital interception as Brian Kennedy tried to fist the ball across goal to the inrushing Ciaran Gervin. It proved to be a key moment in the game as sixty seconds later Meenan had the ball over the bar at the other end of the field.

Diarmuid Gallagher also made a big contribution from the bench with two quick fire points before Derrylaughan responded through Carney and Shea Coney. It was Loughmacrory’s day however with Pauraic Meenagh having the final say from a placed ball.