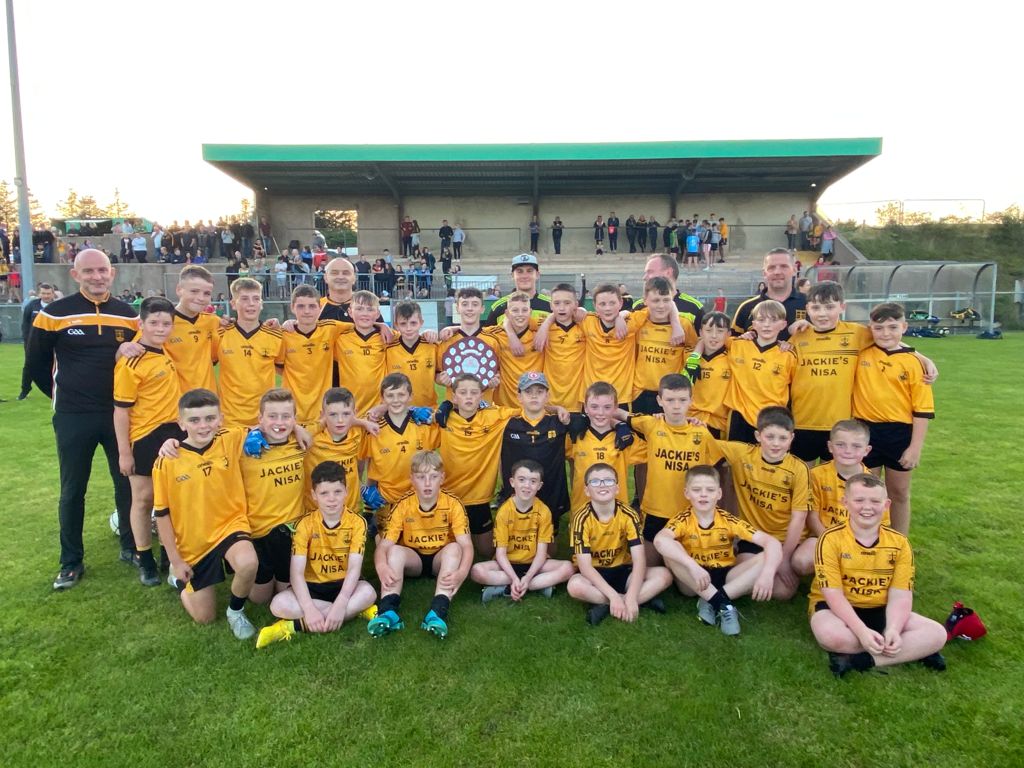 Loughmacrory claimed the Under 13 Grade 2 league title at Greencastle on Wednesday evening after a 3-11 to 2-5 win over Kildress. A brace of late goals from Michael Mc Crystal and Caolan Grimes finally put paid to the challenge of a very game and committed Kildress side that pushed Loughmacrory all the way.

The Tones began well and with eight minutes on the clock they led 1-3 to 0-1 with Shea Mullan getting their goal. Loughmacrory however regained their shape and hit 1-4 without reply to go in at the break leading by two with Pearse Mc Donald getting the closing 1-2 for his team.

Loughmacrory began the second half strongly adding four points before Kildress got their opening score of the half. Emmett Heagney led the Kildress resurgence and a goal from the boot of Daniel Heagney reduced the gap to three.

However it was the Loch lads that finished strongest with that brace of goals.

Commiserations to Kildress and congratulations to Loughmacrory who can now look forward to a championship final against Clonoe.