The draw for the quarter finals of the Mac Rory Cup will take place this Monday December 20th in Lanyon Tower, Riverside House, Belfast and there is sure to be a lot of Tyrone interest at the event. Both Tyrone schools Omagh CBS and St. Pat’s Academy Dungannon have qualified and will be keeping a close eye on just who their opponents in the last eight might be. 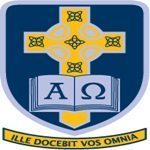 Of course there is additional Tyrone interest in the knock out stages following the huge win by St. Mary’s Magherafelt over their South Derry rivals St. Patrick’s Maghera. The “Convent” team is managed by Tyrone man John Mc Elholm who is rapidly gaining a reputation for himself as being one of the most forward thinking, innovative  and meticulous coaches in the game. John was a very contented man following his team’s win over their great rivals earlier this week

Other Tyrone coaches looking forward to the draw are St Pats Armagh trio Mark Harte, Davy Harte and John Devine from the Errigal Ciaran Club. This new management team has taken over from fellow Tyrone man Mattie Mc Gleenan who had coached the St. Pat’s College team for ten years and who is presently devoting his extra-curricular energies to working with the Monaghan County Minor squad. Newry’s Abbey CBS are also in the hat and they are coached by Trillick’s Jody Gormley. The former Tyrone midfielder will be hoping to emulate the success of his rival Newry school St Colman’s College as they went all the way to Hogan Cup glory after defeating Omagh CBS in the 2010 Mac Rory Cup final.

Also taking place at The BT sponsored event will be the announcement of the College All Star teams in both football and hurling. There is sure to be prominent Tyrone representation in the football team and with a bit of luck we might even pick up a hurling award as well. You would imagine that a few of the players who helped Tyrone lift The Tom Markham Cup back in September will figure among those selected. Unfortunately one outstanding young Tyrone player who will not be featuring among the award winners will be Omagh CBS’s outstanding forward Ronan O’Neill.

O’Neill picked up an injury representing his club and has missed the last six weeks of action which also included the College All Stars trials. Such is the subjective selective nature of these awards that non-attendance at the three days of the trials rules you out of the final selection. So in spite of being the stand out minor footballer in the country this year Ronan O’Neill will not be announced among the elite of Ulster Colleges Football on Monday afternoon. 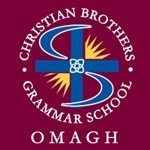