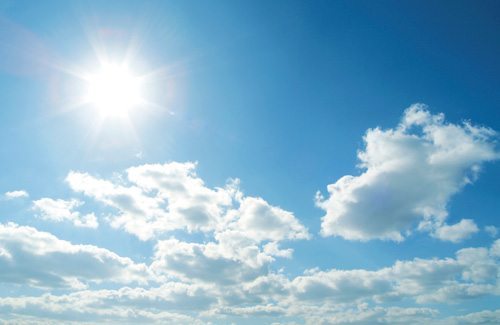 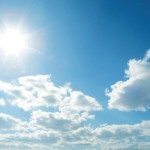 Nerves or no nerves Holy Trinity are Markey Cup Champions for 2011 as Shea Coney sends over his fifth point and edges his team four ahead. Dungloe’s resistance is broken and Cookstown are declared champions after a fine second half of football on a scoreline of Holy Trinity 1-14 Rosses Dungloe 0-13.

Into injury time and Rosses narrow the gap to a goal with points from Conor Green and Sean Boyle. Nerves beginning to show on the Cookstown side as the Rosses throw everything forward in search of the equaliser. 1-13 to 0-13 for Holy Trinity.

Three minutes plus stoppage time remaining and points from Brendan Burns and Matthew Heagney extend Holy Trinity’s lead to five 1-13 to 0-11. It is going to take a massive effort from the Donegal lads to get back into this one.

Still all to play for as the game enters the final six minutes and neither side is prepared to yield an inch.

Matthew Heagney comes agonisingly close to scoring a goal for Cookstown as a high ball in is flicked onto the crossbar by the Holy Trinity forward. 8 minutes left, Cookstown still ahead.

Cookstown go four points up as Shea Coney provides a great pass for Kieran Mc Geary to finish but Rosses respond with a point from Sean Boyle. HT 1-11, RD 0-11.

Halfway through the second half  and Redmond sends over his fifth score of the day, he really is a fine footballer, to leave the minimum between the sides. Holy Trinity respond with a Matthew Heagney free and another wonderful score from play from Shea Coney, his fourth of the day as the scoreline reads Holy Trinity 1-10, Rosses 0-10. The game enters the last quarter.

Cookstown beginning to play the better football and a massive score from Shea Coney puts them ahead for the first time in this half. Minutes later and Caolan Coyle puts his team two up with his second point of the day. Holy Trinity 1-8, Rosses 0-9 with ten minutes of the second half gone.

Hopefully we will see an improved Holy Trinity in this second thirty minutes.

5 minutes into the second half and the sides are level after a great score from Conor Mc Aleer. Almost immediately Redmond put his side ahead with his fourth point of the day but Shea Coney sent over a fine score to level it again Holy Trinity 1-6, Rosses 0-9.

The half time whistle sounds in Celtic Park and Holy Trinity are a point down 0-8 to 1-4 having played second fiddle to a very determined Rosses side throughout the first half. A Chris Mc Glynn free on 26 minutes put Rosses ahead again but a brilliant strike from off the ground by Danny Mc Nulty from all of 45metres drew the sides level again 1-4 to 0-7. As the game neared injury time Rosses midfielder Owen Redmond sent over his third point of the game to put his side one up. Indeed it could have been much worse for Holy Trinity had it not been for a brilliant interception by Danny Mc Nulty which denied the Donegal lads a certain goal. The half time score in Celtic Park is Holy Trinity 1-4, Rosses Dungloe 0-8. One change on the Holy Trinity team sees Kildress lad Conor Mc Aleer replace the injured Declan Mc Clure.

Cookstown making several uncharacteristic mistakes and were almost punished when Rosses forward Sean Boyle broke through but took a point when a goal was on. This score put Rosses  a point ahead but Holy Trinity defender Micky Mills moved forward and took a pass from Michael Cassidy to level the game Holy Trinity 1-3, Rosses 0-6 after 24 minutes.

16 minutes in and Holy Trinity begin to settle as two points, one from Shea Coney and the other from Caolan Coyle edge the Cookstown lads ahead 1-2 to 0-4.

10 minutes in and Cookstown have not managed to add to that fantastic  goal as Dungloe move a point ahead following two super scores from full forward Conor Breen. Holy Trinity  1-0, Dungloe 0-4.

5 minutes gone and although Dungloe started well with the first two points of the game Cookstown responded positively with an excellent Brendan Burns goal that smashed off the underside of the cross bar into the net to leave the score Holy Trinity 1-0  Dungloe 0-2 .