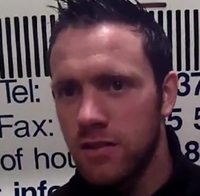 Tyrone lost out to Kildare in the National League final on Sunday last but there was some good news for Tyrone fans. Martin Penrose returned as a late sub in the second half and he’s looking forward to getting more game time come the Ulster championship. Teamtalkmag spoke to him after the game.