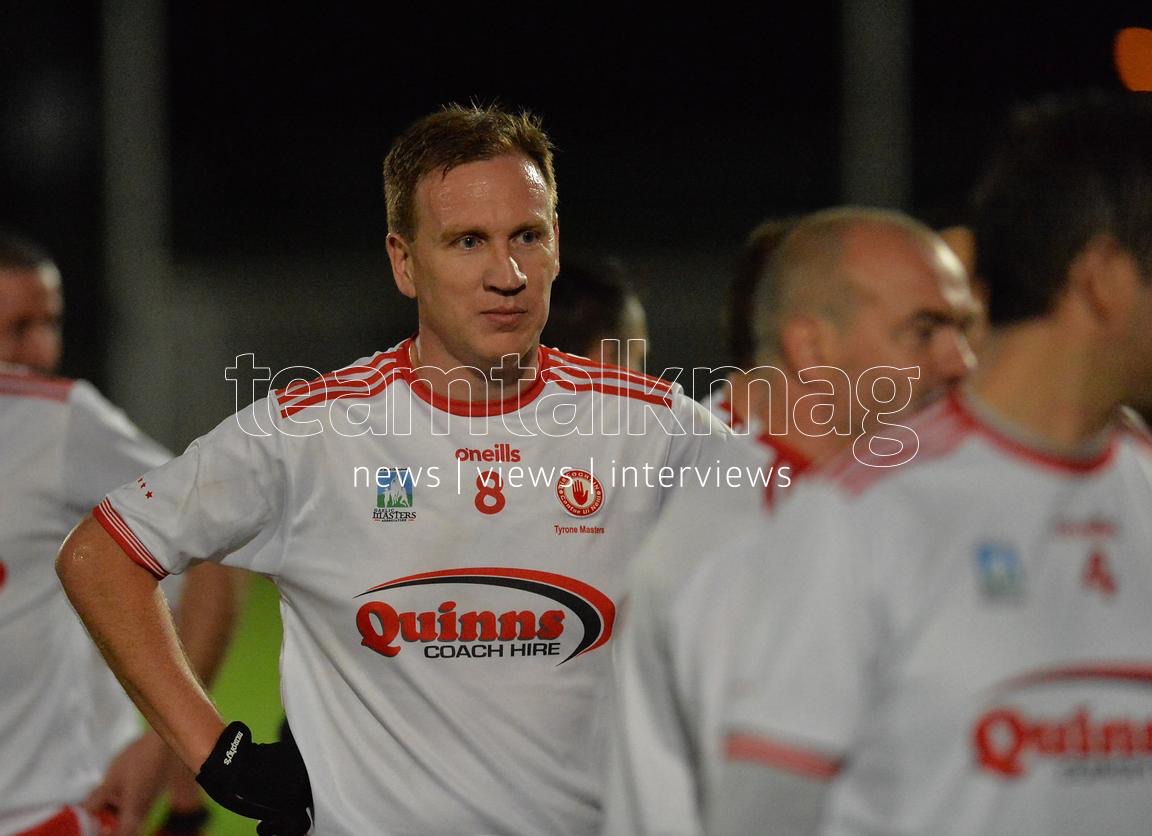 Tyrone Masters entertained Donegal at Healy Park under the lights on Friday night and after a fine display came away with a resounding victory on the scoreline of 2-18 to 1-13.

Tyrone were awarded a penalty which was excellently converted by O Neill in a manner that brought back memories of years past.

Three further frees from Donegal kept them in touch but points from Mullan and Eon Bradley left the half time score 2-8 to 0-5 in favour of the Red hands.

Tyrone began the second half as they had finished the first with scores from Anderson and an O’Neill free. Donegal responded with a point from Ward but five further points from Tyrone left the game over as a contest.

O’neill added a further 0-2 before points from Brian Mullan and scores from Mark Gallagher and Damien Patton. Donegal got a goal shortly after the second water break but scores from Patton and Anderson kept them at bay.

Donegal to their credit kept rallying and tagged on a further 6 points with Tyrone’s scoring rounded off from Peter Clarke.

A solid performance from all in the Tyrone camp and next up is Down in a fortnight’s time.