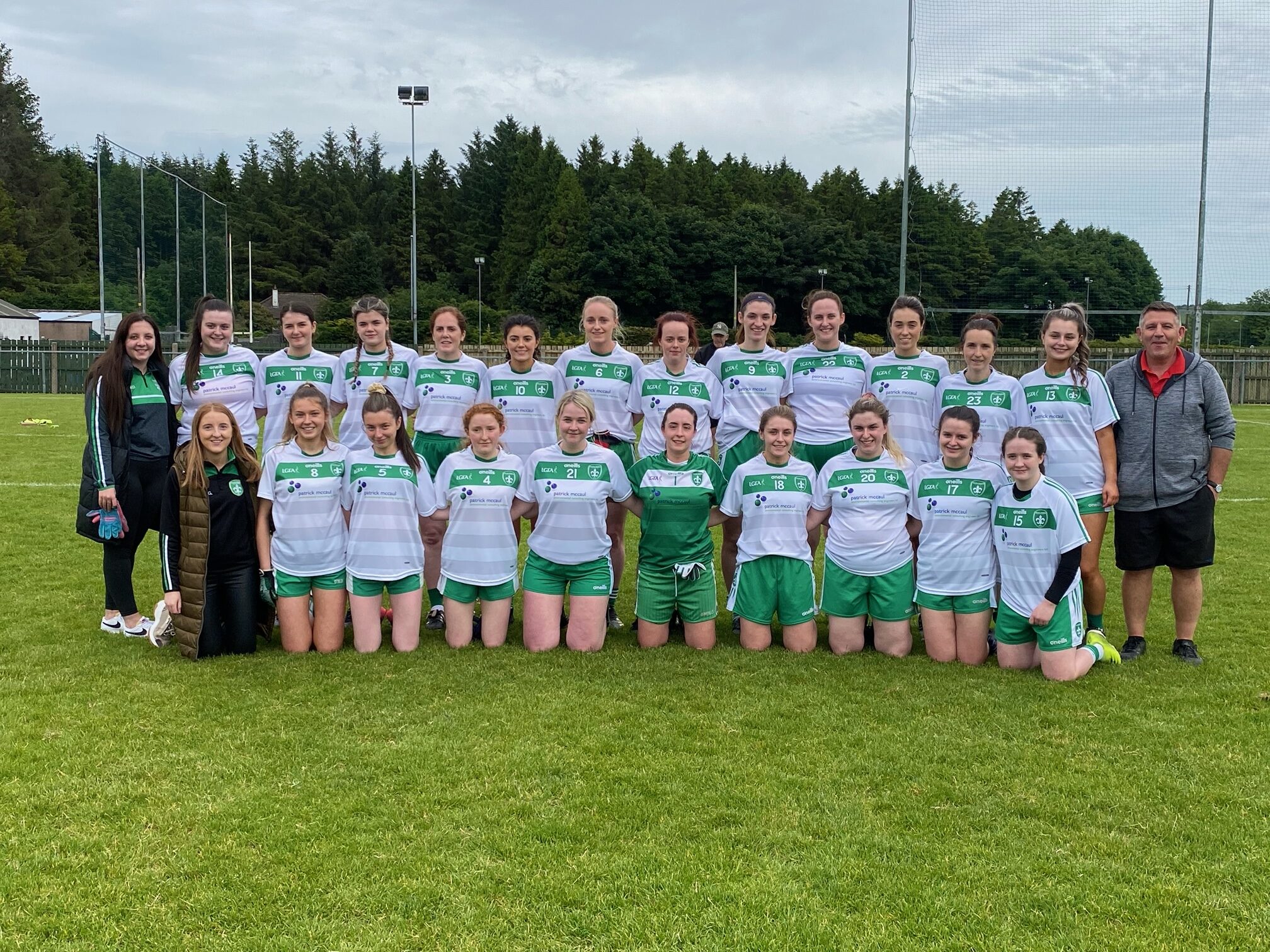 After a draw and a defeat in their opening two games in the Intermediate League, An Mhaigh senior ladies footballers secured their first win of the season on Thursday evening past (16 June) thanks to a fantastic all round team performance at home to Cappagh.
On a night when conditions were ideal for football, the Tír na nÓgs were in outstanding form right from the outset. A power-packed display in the first half saw An Mhaigh build up a big lead by the break. Half time score Moy 2-11 v Capppagh 0-4
A previously unbeaten Cappagh side did manage to pick off some good scores of their own in the second half, but An Mhaigh’s lead was never threatened as the homesters continued to torment the opposition with impressive play all over the pitch.
Well done to the players and management on a fully deserved and morale boosting 2-18 to 1-10 victory.
Moy scorers
Catherine Donnelly – 0-3
Lucy McAlary – 0-4
Lucy Conroy – 0-4
Emer Currie – 0-4
Emma Conroy 2-3

Whilst Kildress were full value for their win and had a good control all over the field, this was no evening stroll as Edendork competed well and a key part of Kildress’s success was the amount of times they turned over the ball when the St Malachy’s were in threatening positions.

Natacha O’Neill’s early goal gave the Tones a great start but Edendork quickly netted themselves and for the first quarter there was little between the teams. Kildress then started to pull away however and by half-time had established a deserved 1-10 to 1-4 lead.

A cleverly-taken Edendork goal made it a two-point game early in the second half but from there on Kildress really took over, rattling over a series of points, many from Chloe Tracey who ended up with a spectacular 0-14 to her name. It was all capped, and the game really put to bed, by a simply wonderful solo goal from Aoife O’Connor, after she’d won the ball with yet another turnover.

This was a very sound all round display from Kildress against good opponents. Kildress were fast, mobile and committed and were particularly good in the tackle.

Fintona were quick out of the blocks establishing an early 1-2 to no score lead before two Beth Donaghey points got Drumragh moving. Fintona however retained a stranglehold on possession and added three further points before the break to lead 1-5 to 0-2 at half time. The Pearses began the second half with a point before Breanna Breslin clipped over a fine score after good play from Neamh Cleary. Fintona replied with a brace of points before Joanne Barrett knocked over a superb point which was followed shortly after by a converted Sorcha McKenna free after Breanna Breslin had been fouled. Fintona responded with two further points before Breanna Breslin hit her team’s sixth point of the evening. Another Fintona point made it 1-11 to 0-6. Drumragh were then awarded a penalty after a foul on Joanne Barrett which was well struck and confidently converted by Niamh Cleary. The former county captain added another point to give the Sarsfields further hope but Fintona’s second goal knocked the wind out of their sails. The Pearses added a further 1-1 to leave the final score 3-13 to 1-7 in favour of Fintona.