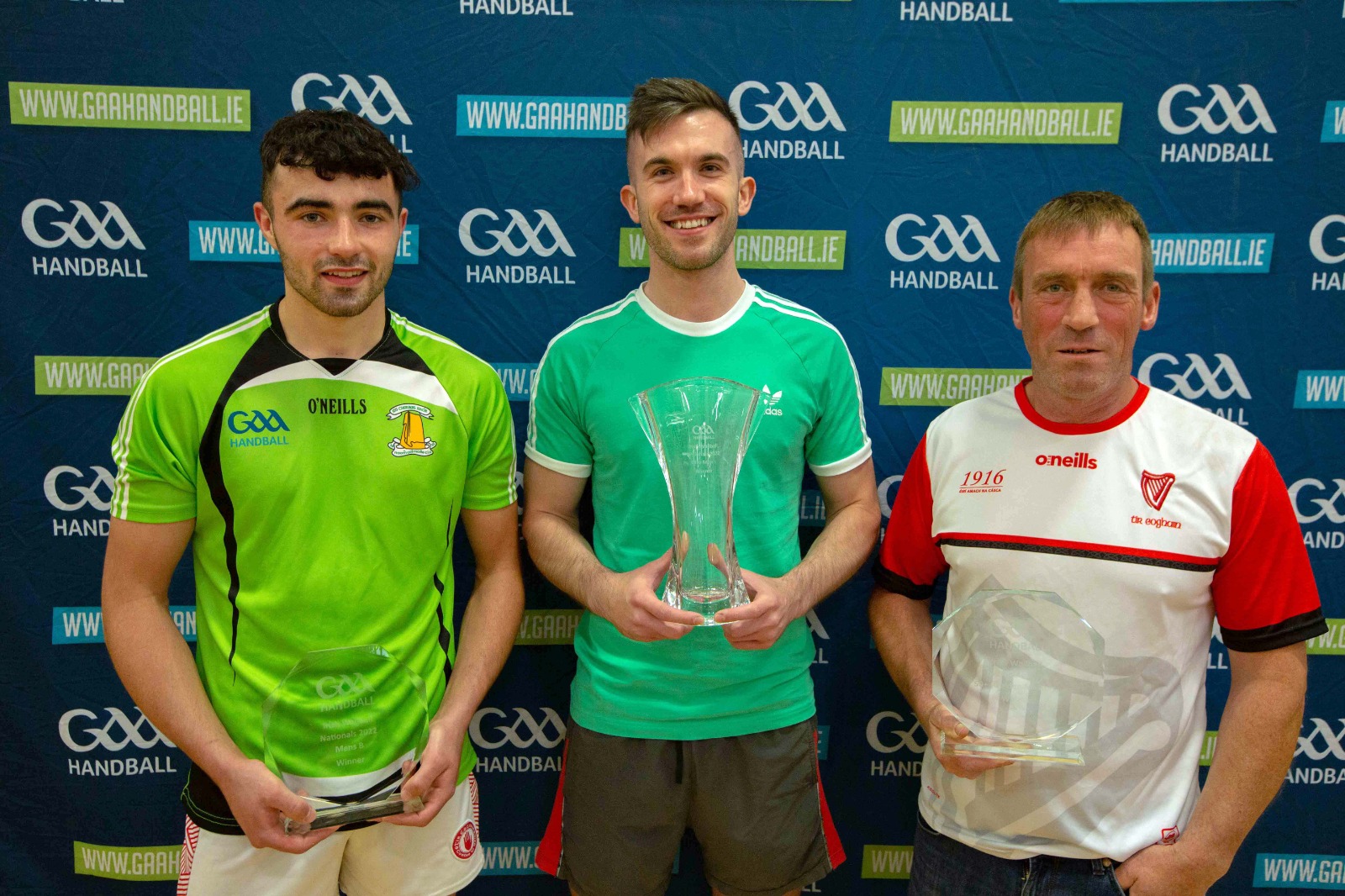 Conor McElduff is back where he belongs following his record breaking fifth mens open success in the Irish Wallball Nationals in County Roscommon last weekend.
Conor captured his first mens open title in 2014 and has only suffered one defeat in the Irish nationals since then, which is a sensational record in an event which has been very competitive over the years. Apart from winning the title in 2014, 2015, 2017, 2018 and 2022, he only lost one final in 2016 and didn’t take part in 2019 before covid prevented the nationals from happening for two years.
Conor’s year so far has gone perfectly as he has regained the Dutch and UK open titles to reclaim the number one position on the European circuit. 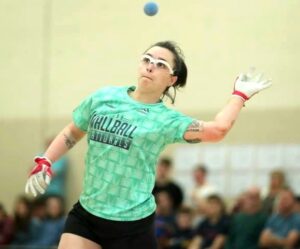 Last Sunday he ended up having to beat his own clubmate and cousin Sean Kerr in the national decider to regain his Irish crown which was held by Galway’s Martin Mulkerrins since 2019.
Sean had enjoyed a great win over Kilkenny’s rising hurling star Billy Drennan in the semi final after Drennan had knocked out Tyrone’s experienced one waller Darragh Daly in the quarter finals. But Sean found Conor in unstoppable form in the showpiece.
“It felt amazing to lift the Irish nationals trophy again,” stated Conor following his latest title success in Kilglass. 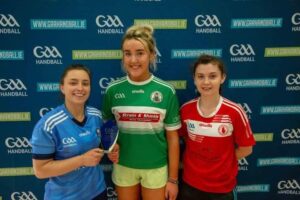 “I got to see lots of old friends over the weekend too and it was brilliant to see the handball community back for what was always regarded as the biggest event of the year.
“Winning one open title was a dream for me when I was younger but to have now won it more times than anybody is an achievement that I’m very proud of,” he stated.
“2022 has been the perfect return I was hoping for.”
Another Breacach star Eilise McCrory enjoyed a superb run in the Ladies open competition and was unlucky to bow out in the semi final following a thrilling clash with Limerick’s number one seed Martina McMahon who had to come from 22-17 in the last two minutes to prevail by two points.
Eilise has also reached the semi final stages of the All Ireland 40×20 senior championship and Irish 40×20 nationals in 2022 so it has been a year of great progress for her.
Clare Conway also competed very well at open level last weekend and after bowing out to Martina McMahon at the quarter final stage, she went on to reach the plate final which she lost by the narrowest of margins.
Another Tyrone girl Laura Tuohey performed well in the Ladies C grade and after four matches she was just edged out in the plate final.
Tyrone handballers enjoyed a superb Irish Nationals all round as Cahir Munroe came through a tough Mens B grade to claim the honours in impressive style and Niall Kerr lifted yet another national title with a fine win at golden masters level.
The Keenan brothers, Jerry and Conor, plus Killyclogher’s Ciaran Carland performed well in the Mens B section with Jerry going on to take the plate doubles.
At underage level, Carrickmore’s Shea Munroe and Greencastle’s Caislin Treacy both performed really well and reached national finals, before losing to Galway and Kilkenny respectively in the 15 and under boys and girls finals, while Caislin’s younger brother Tarlach made it to the semi finals of the boys 13 and under grade.