Home | Mc Mahons Return A Huge Boost For All

Mc Mahons Return A Huge Boost For All 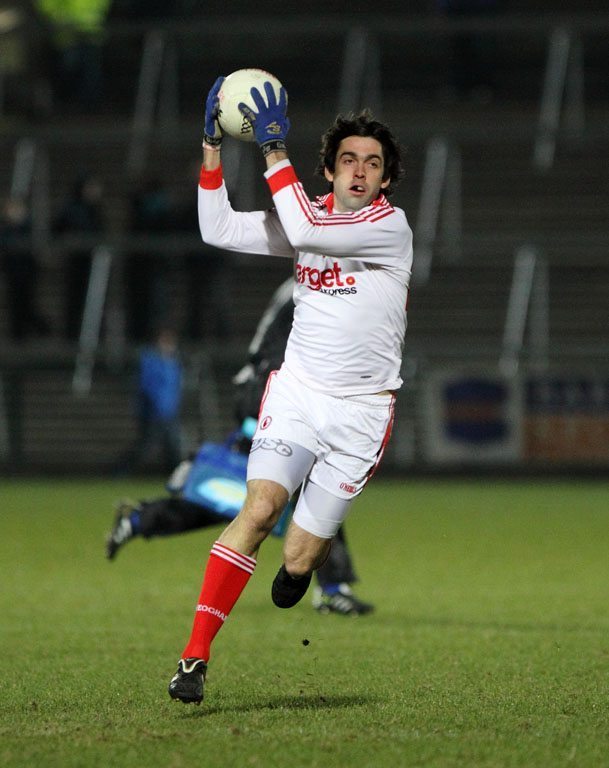 Most Tyrone supporters left The Athletic grounds on Saturday night disappointed to have lost but enthused by the second half performance of the team. There were many things in that second half to feel positive about but what must have been most pleasing for the manager and the supporters was the sight of the Mc Mahon brothers back in action for the county side. Neither Joe nor Justin has appeared for the team thus far this season and their absence has been keenly felt. Tyrone have struggled in defence without them. The full back line has looked shaky and suspect at times without the composed physical presence of big Justin while no-one plays that free, sweeper type role quite as well as Joe. His ball carrying and distribution make him a key component of this Tyrone team and when he plays well the team plays well.

Justin came on for the second half and settled in immediately to the game which was not easy considering the length of time he has been absent and the pace, quality and intensity of the Derry attackers. He tightened up the defence considerably and made several trademark runs from the back which will boost his confidence considerably. Joe entered the game very late on but also made a significant contribution and was involved in quite a few of Tyrone’s attacks as they went for broke at the end. Both players will be delighted to be back in time for the remaining games of the league and will be sure to make a major contribution as the team goes in search of the points that will take them away from any worries of relegation.

Mickey Harte knows the value and worth of Justin and Joe and the options their return give him strengthens his hand considerably in terms of selection and approach to games. Mickey will have been very disappointed to have lost The Mc Kenna Cup Final but he will have seen enough in the second half to be positive about coming into the Antrim game. The return of the Mc Mahons was probably the most positive aspect of the whole evening.