Home | McConnell Should Be Fit

McConnell Should Be Fit 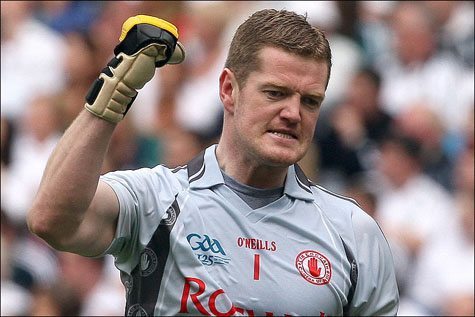 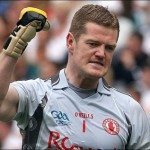 With the opening game in defence of their Ulster title with Monaghan just over three weeks Tyrone keeper Pascal McConnell has dismissed fears that he won’t be available for the Red Hands.

The big Newtownstewart clubman hasn’t featured for his club in their last two fixtures due to a hip problem but believes it won’t prevent him from lining out against Eamon McEnaney’s men.

“I felt a jag in my leg when I took the second last kick out against Meath in the final National league game and it has been a bit of a niggly problem since”, says Pascal.

“It hasn’t prevented me from training with both the club and the county but I haven’t tried kicking a ball for a couple of weeks but will attempt to do so at training on Tuesday night.

Its hard to believe that the championship is just around the corner and with only two club games between then and now its important to get some match practice under my belt.”

With Coalisland’s Johnny Curran currently out of action as well its crucial that McConnell is available for selection with John Devine the only Tyrone keeper to feature for his club at the weekend.

Newtownstewart lost out to Clann na Gael on Sunday in a game were Pascal’s county team mate Stephen O’Neill scored a goal as well as setting one up before having to go off with a hamstring strain although its believed to be not too serious and was only a precautionary measure.