Home | Mickey Harte To Manage Tyrone Until At Least 2015.

Mickey Harte To Manage Tyrone Until At Least 2015. 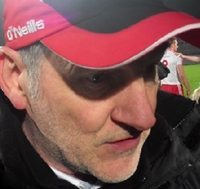 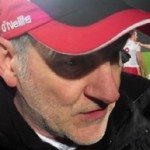 The Tyrone GAA County Board wish to confirm that Mickey Harte will manage the Tyrone senior football team until at least the end of the 2015 championship campaign. Mickey was in the final year of his current three term this season. However a decision taken by the Tyrone Management committee to offer him another three year term and this was endorsed by the County Committee in Carrickmore on Tuesday night.

Mickey Harte spoke this afternoon to TyroneGAA.ie after confirming that he would be accepting the position. “It is a great privilege to be asked by the County Committee to take charge of the Tyrone Senior Football team and I gladly accepted that offer. To be asked to manage the best players that your county has to offer is still a wonderful honour”.

The news will come as a great boost for Tyrone ahead of their championship clash with Armagh in the Athletic Grounds in June.  The decision to keep him in place means that he will be able to lead Tyrone until the end of the 2015 season at the very least. The county senior team had enjoyed a twelve game winning run so far this year which not only ensured Mc Kenna Cup success but also guaranteed promotion to Division One. The run ended however when they lost out to Kildare at Croke Park in Sunday’s Division Two final. Mickey Harte will no doubt be hoping that defeat will be the only one his team suffers this year. Teamtalkmag.com congratulates him on his additional three years at the helm and wish him continued success with the senior county squad.