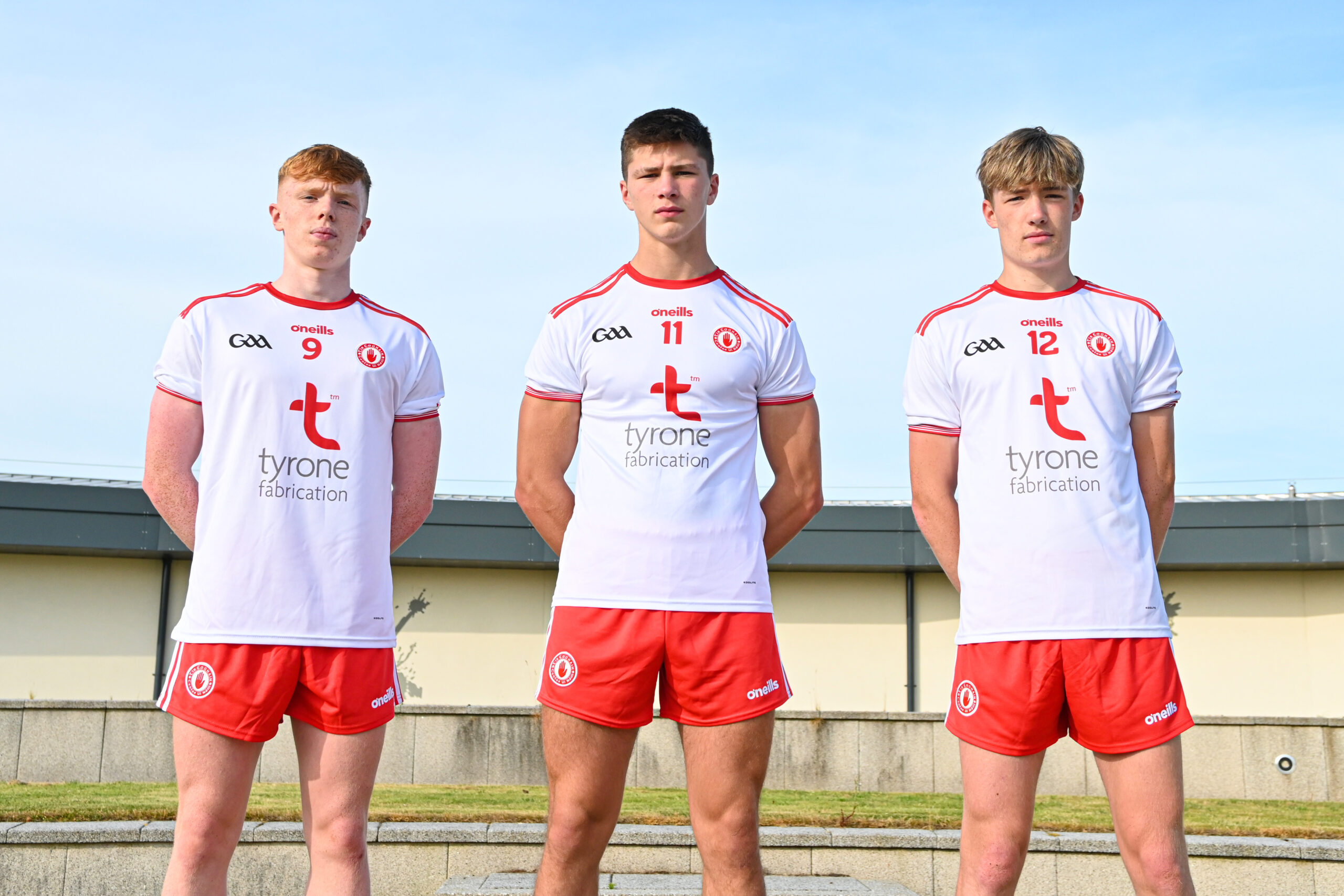 The New Tyrone U.17 Manager Gerard Donnelly had unveiled his selections for the Tyrone Minor Captain’s role plus the Vice-Captain positions.


The Team captain for 2021 will be Cormac Devlin from the Ardboe Club. Cormac is a brother of Conan Devlin who is also on the team. Their father is the former Tyrone Assistant Manager and former senior player Gavin Devlin. Cormac has won Youth titles with Ardboe at both Gr.1 U,14 and Gr.1 U.16 Championships. Cormac was a member of the Tyrone U.15 side that won the Brian McLernon Cup in 2019. Cormac attends St Patrick’s Academy Dungannon, where he has represented the school at various levels.


The trusted deputies who have been given the Vice Captain’s role are Coalisland’s, Ruairí McHugh and Donaghmore’s Ronan Donnelly.

Ruairí currently plays for Coalisland’s U.17 team and was also a member of the Tyrone Minor squad in 2020 Ruairí attends Holy Trinity in Cookstown. His two other brothers also play with Na Fianna.


The joint Vice Captain is Donaghmore’s Ronan Donnelly. Ronan is a dual player and plays his hurling with Dungannon Eoghan Ruadh. Ronan has won various County titles in both Football & Hurling. Ronan attends St Joseph’s Grammar School in Donaghmore where he has won a Colleges title with the school. Ronan is a nephew of both Gary and Mark Hetherington who both lined played their club football with Donaghmore.