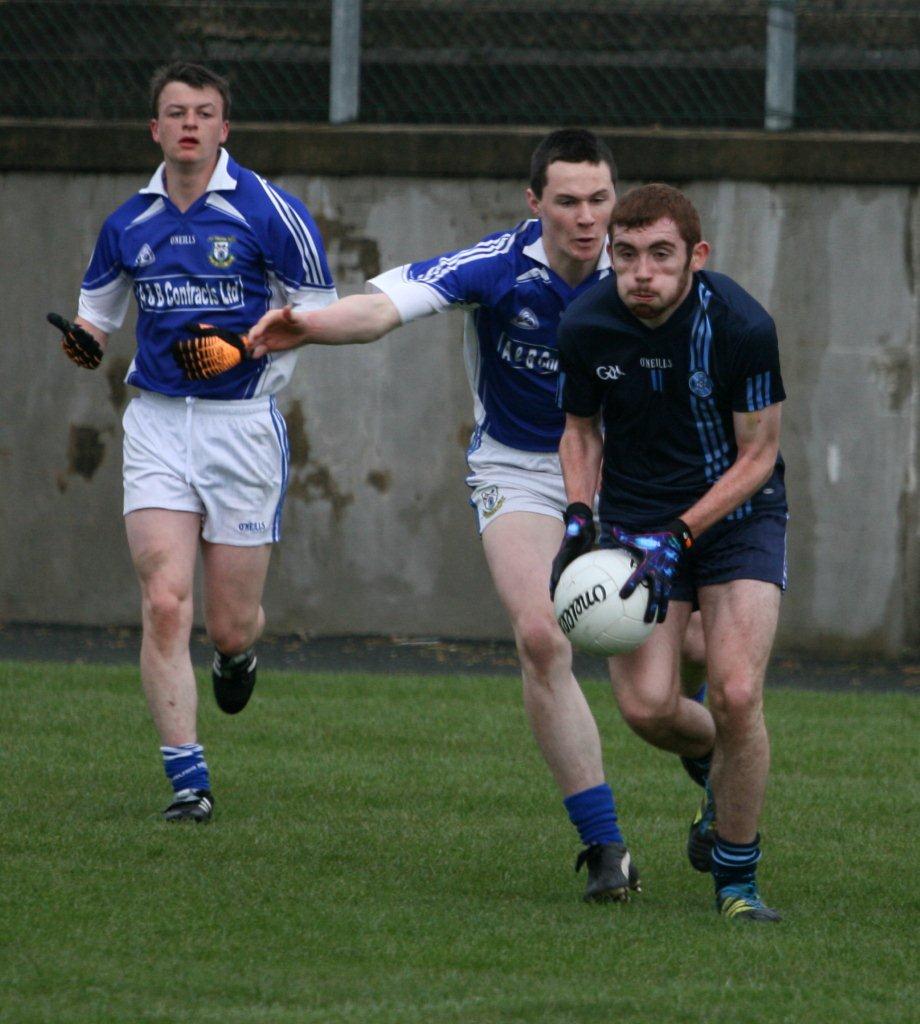 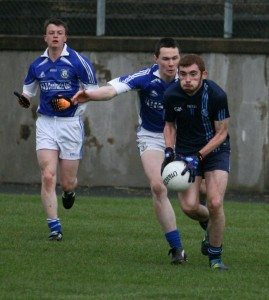 Pomeroy recorded a deserved and very convincing twelve point win over Fintona tonight on a score line of 4-10 to ten points. Frank Burns top scored for the winners with 1-4 while other scorers for the Plunketts were Davy Gray 2-0, Colly Mc Geown 1-1, Pauric Cunningham 0-3 and James Quinn 0-2. While this was a superb all round team performance there were outstanding displays from Pauric Cunningham, Jake Devlin and top scorer Frank Burns.
Cappagh lost out to a late goal in tonight’s match with Dromore on a scoreline of 4-5 to 2-14. Both teams produced some fast open and attractive football with Tiernan Cox hitting two goals and three points with Ruairi Lyttle also finding the net for the home side. Dromore led by two at the break 0-8 to 1-3 and with the sides level late in the game they stole the two points with a last gasp goal from Ronan McNabb who finished the game with 2-4 to his name. Ruairi Sludden was also to the fore for the St.Dympnas in the scoring stakes weighing in with half a dozen points.

Meanwhile Drumragh minors kept up their 100 per cent record in Grade 3B with a 3-9 to 0-5 win over Clann na Gael on Tuesday evening. Shea Reid got two goals while Eamonn Rea scored the other one.
Owen Roes collected both points in tonight’s minor league game against Greencastle despite an under par showing by the North Tyrone side. Greencastle raced into a 0-4 to 0-2 lead with scores from Christopher Gillen, Daniel Tuohey, Kevin Conway and Shane Mc Guigan, Ronan McNulty and Ricky Devine pointing for the home side.

McNulty and Michael Dooher levelled things up for Owen Roes, before Cathal McShane, Ryan McAleer and Seamus Dooher sent the Leckpatrick side into the lead. Gillen hit a late free to leave two in it at the break.

Dooher, Ricky Devine and McShane got early second half scores with a sole Peter McKenna free for the St.Patricks. McKenna notched another free but the home side were now well on top. Charles O’Doherty, and Stephen Harper got on the scoreboard, as Gillen replied for the visitors.

However wing back Connor Donaghey steamed forward for Owen Roes to become their 9th scorer of the evening, and further scores by O’Doherty, McShane, and Harper sealed the deal for Owen Roes with McKenna adding to the Greencastle tally. Indeed the away side’s late push for a goal could have paid off but Owen Roes keeper Michael Mullen made a pair of decent saves in injury time as the game came to a conclusion with Owen Roes victors 0-16 to 0-9. Best for Owen Roes: Seamus Dooher, Aaron Boggs, Michael Mullan and Kevin Kelly.

Gael Naomh Padraig played host to Kildress and it was the visitors who emerged 1-11 to 0-12 winners. Darragh Kavanagh top scored for the Augher/Clogher select with five points on a night when he, Caolan McQuaid, Fergal McConnell and Ronan McCaughey all played well for them.

It finished all square between Edendork and Ardboe, 1-11 to 3-5 the final score line. David Mulgrew, Michael O’Neill and Michael Lynn got the goals for the Rossas with Michael Cassidy [3], Mattie Laverty and Eoin Quinn their point scorers on a night when they were best served by Eddie Sheehy, Paddy Sheehy, Ryan Sheehy, Kevin Coney, Peter O’Neill, Oisin Devlin, Michael O’Neill and Danny Brady. Naomh Padraig took on neighbours Derrylaughan and they won on a 3-7 to 0-6 score line with Padraig Bell having a superb game for the Brocagh/ Derrytresk select.

Moortown edged out Moy in a high scoring encounter 3-11 to 2-11. Michael Paul McCann, Connel McVey and a penalty from Anthony Devlin were the Moortown goal scorers with Daire Quinn, Darragh McVey and Ryan Kelly playing well for them. Ryan Coleman [1-6], Declan Conroy [3], Niall McConville [1-1] and Jack McDonald were the scorers for the Sky Blues with Daniel Beaddie and Turlough Kelly playing well for them. Coalisland picked up their first win of the season when they defeated Galbally 3-6 to 1-10 at Pearse Park. County minor Paudie Hampsey was the Fianna’s best player on the night hitting 1-2, Cathair Quinn and Gerard Woods were their other goal scorers with Tiarnan Fee and Caoimhin Morgan both playing well too. Ronan Nugent, Enda McGarrity and Neil Hagan were among the Galbally points with Christopher Morris getting their goal.

Stewartstown and Eglish shared the spoils on a 0-8 each score line with Dan Lowe top scoring for the Harps and Jason Park, James Lowe and Conor Quinn others to play well. Ruairi Fox was Eglish’s best player on the day. Tattyreagh defeated Killeeshil 3-5 to 1-8 with Rory McDonagh, James Darcy and Aidan Darcy getting their goals and Joe Cartin, Keelan McDonagh, Gareth Mimnagh and TJ Richards featuring among the points on a night when they had strong performances from Eoin McGinn, Rory McDonagh, Declan Gallagher, Joe Cartin and Adam O’Brien. Nathan Breen hit 1-2 for the St.Marys with Ruairi O’Neill and Owen Donaghy both weighing in with points as well. Beragh beat Aghyaran 2-15 to 1-7 with Jose Byrne, Declan Carlin and Kevin Penrose playing well for the St.Davogs.

Clonoe turned on the style to beat Dungannon 6-11 to 3-7 away from home. Danny McNulty top scored for the O’Rahillys with an impressive 3-6 to his name, Eamon Duffin got 1-2 with Peter Donnelly and Daryl McGee grabbing 1-1 each while Aaron Elliot was their other scorer. Duffin, Elliot, Brian Morgan, Diarmuid Corr, Shane Donnelly and Kevin Lynch were to the fore for the winners. Omagh ran out comfortable winners over Trillick on a night when Conor Meyler, Jude Campbell, Costi Mallon, Rian Samir, Ciaran McLaughlin and Cormac O’Neill all played well for the St.Endas.