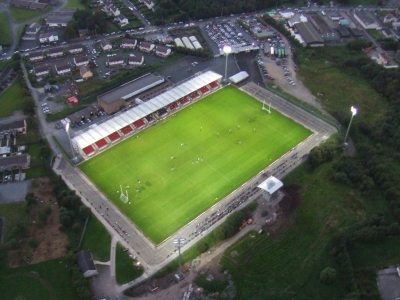 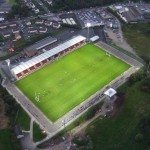 Aghaloo made the trip to play Omagh and came away with an impressive win. Kevin O’Gorman, Cathal Cuddy, Tiernan Donnelly, Ruairi McGlone, Barry Mohan and Sean Cullen were among their scorers with Conor Mullan, John Corley, Cuddy and O’Gorman their best players on the day. Ardboe visited O’Rahilly Park and came away with a narrow 3-7 to 0-15 win over Clonoe. Ciaran O’Neill [2-2], Conan Campbell [1-2], Joe Quinn [0-2] and Michael Lynn were the Rossas marksmen with Aidan Duffy, Peter O’Neill, Johnny McAuley, James McKeown, Lynn, Quinn and Campbell their best players on the day.

Pomeroy made the short trip to Father Devlin Park to take on Donaghmore and they recorded a superb 4-13 to 3-5 win. John Loughran and Patrick Cunningham top scored for the Plunketts with 1-4 and 2-1 respectively, Sean Quinn got four points, Kieran McGeary got three, Gavin Goodfellow grabbed a goal and Brian McKeever also got his name on the score sheet. Best for Plunketts were Pearse Quinn, Brian McKeever, Brendan Burns and John Loughran. Owen Roes played host to Aghyaran and they recorded a good 3-14 to 1-7 win. Ryan McShane led the way in the scoring stakes with 2-6 for the winners, Stephen Kelly got four points, Ryan Devine got their third goal and there were also scoring contributions from Fergal McNulty, Seamus Dooher and Cathal McShane. Conor Doherty and Sean Dooher played well in defence for the winners with Steven Kelly and McShane to the fore as well in a good all round team performance.

Rock traveled to play Naomh Padraig but they returned home with nothing to show for their efforts after losing on a 2-10 to 1-7 score line. Aidan McGarrity hit five points for the St.Patricks; Coly Cummings got their goal with Diarmuid Carroll getting their other two points.  Keeper Mallon played well for the visitors as did Mark McAleer, P O’Neill, Carroll, S Hayden, McGarrity, P McCreesh and S O’Neill. Strabane welcomed neighbours Newtownstewart to Sigerson Park and they emerged comfortable 4-13 to 0-9 winners. Dylan Arnold [1-3], substitute Luke McGeehan [2-0], Se Doherty [0-3], Paddy Roarty [0-2], Ethan O’Kane [1-1], Liam McGillian [1], Ben McGillian [1], Martin Mongan [1] and Ryan Carlin [1] were the Strabane scorers. Killyclogher welcomed neighbours Carrickmore on Sunday afternoon and the St.Marys ran out winners on a 2-11 to 2-6 score line. Scores from Mattie McCloy and Mark Bradley saw the hosts edge a close first half before Conall McCann [5], Bradley [3] and a Tiernan Cox goal ensured victory.

Stewartstown fielded a young side at home to Kildress with a few players missing through injury but the Harps still took the points when winning 2-14 to 2-10. Keeper Nathan O’Neill saved a penalty for the winners and there were also good displays from Macaulay Quinn [0-2], James Campbell, Darren Devlin, Ryan Devlin [1-3], Frank Lowe [0-3], Dan Lowe [1-1], Connor Quinn [0-1] and Sean Rush [0-1].

Loughmacrory headed to Dunmoyle more in hope than in expectation and in spite of the best efforts of Niall Donaghy and Owen Mullan they came up short as the home side won 0-13 to 1-6. It could have been so different had the St Teresa’s taken advantage of a couple of goal scoring opportunities in the first half. Errigal got the opening score of the second half to go 7-4 up Loughmacrory equalised with a goal from Owen Mullan. However it was Errigal who finished the stronger with good scores from Fergal Kelly, Mark Kavanagh,Sean Mc Kenna, Fintan Kelly, Niall and Declan Quinn to win by four points in the end. Castlederg defeated Gortin 2-11 to 1-8 with A McHugh and K Svanias scoring 1-1 each, C Logue getting a brace of points and S Gallen top scoring with seven to his name.