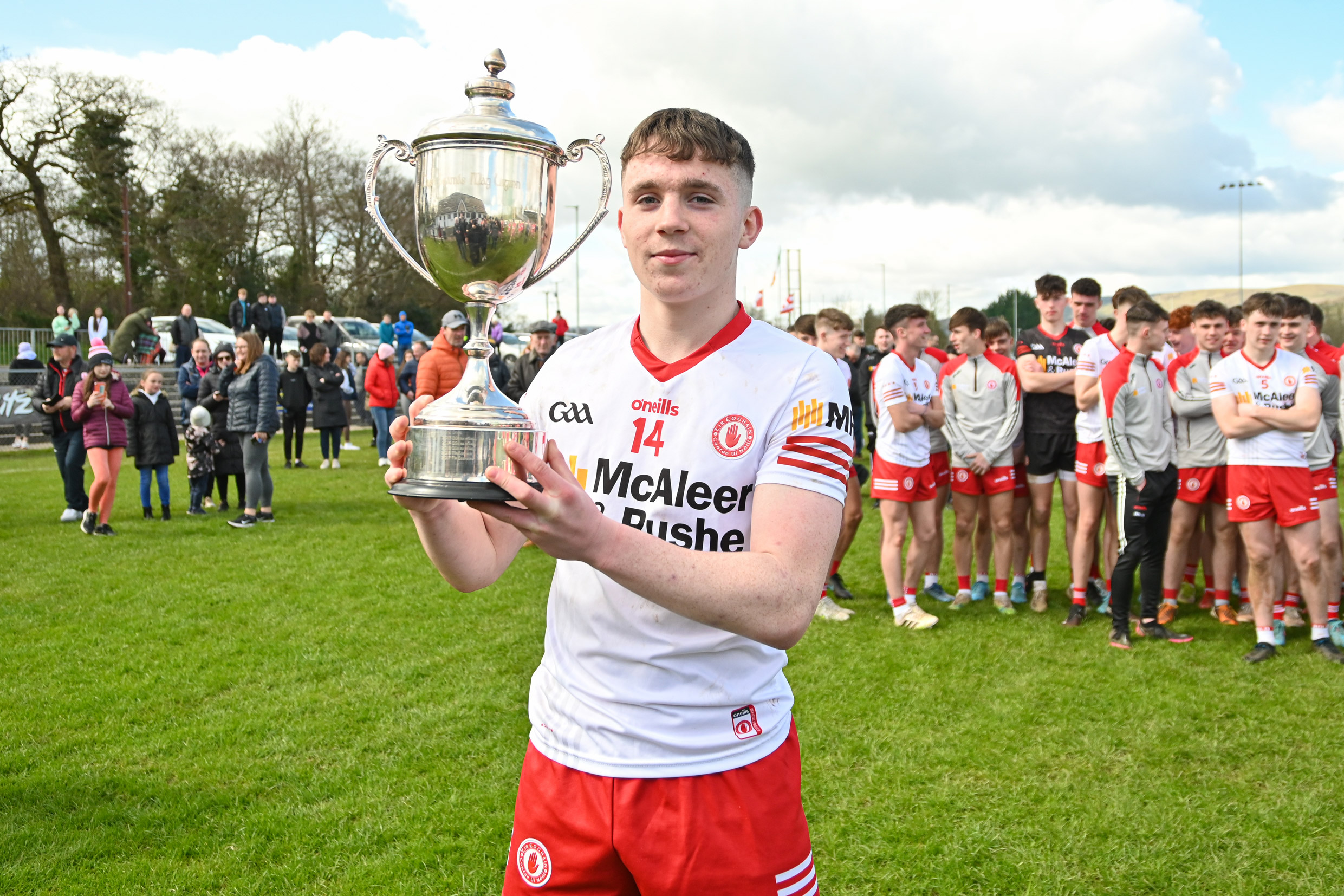 A large crowd travelled to Maghera for the Ulster Minor League final between neighbours Derry and Tyrone. The Red Hands had run up some impressive performances and high scores in their league campaign thus far but Derry were expected to produce a different and more determined challenge.

There was little between the sides during the opening thirty minutes which finished 0-6 apiece. However many Derry supporters at the game were adamant that one particular “point” for Tyrone was wide. Fortunately for Tyrone the match officials called it as a point and it proved to a vital score in the context of the result of the game.

The second half was a slow burner with Derry enjoying large amounts of possession. However apart from a thirty fourth minute point from Higgins there was nothing to trouble the score board for the next twelve minutes as both defences set about their work with great intensity.

Tyrone sub Ruairi Mc Cullagh levelled the game at 0-7 apiece before Derry pulled two clear with a brace of points from the boot of Ciaran Chambers. Tyrone needed the next score and when it came it was from a most unlikely source. Corner back Conan Devlin took a pass from wing half Conor Devlin and finished low and hard to the net to put his team in front.

Tyrone pushed further ahead when Noah Grimes intercepted a clearance from the Derry goalkeeper. Quick thinking and perfect execution by the Donaghmore forward saw him pick out Eoin Mc Elholm who finished to the net to put tyrone 2-7 to 0-9 ahead.