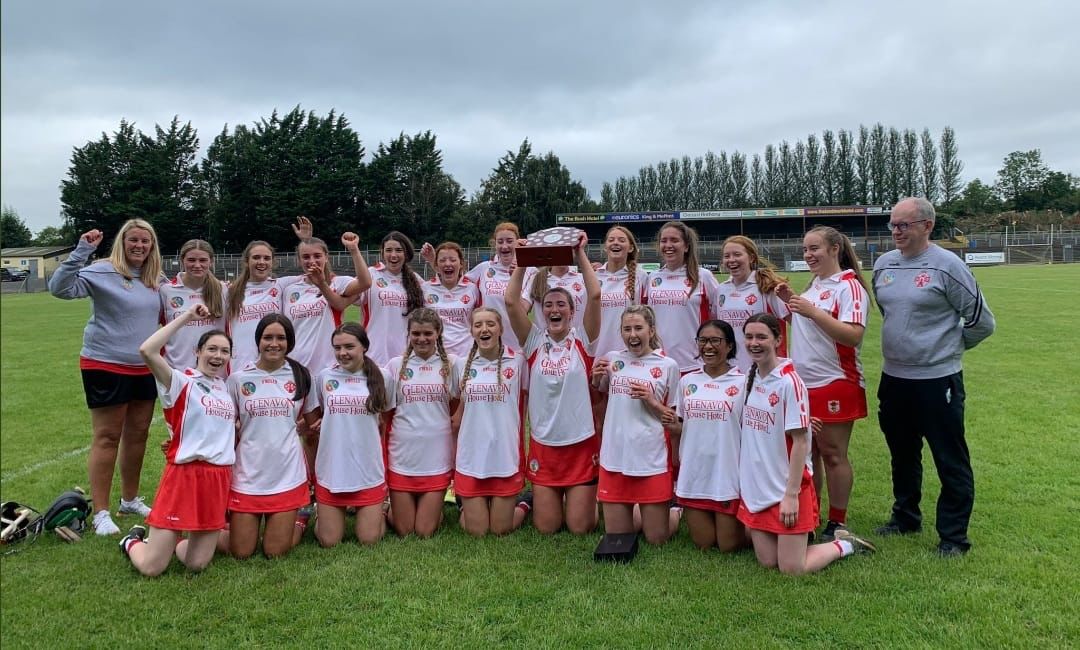 Having comprehensively beaten Donegal at home recently, Tyrone minors were hopeful of returning with the silverware on offer in the first match of today’s double-header in Carrick-on-Shannon. Oilibhia Farley took the first score almost immediately and it was closely followed by one from her Eglish teammate Kaitlin Gallagher. Donegal then launched their first attack but full back, captain Bronagh Barker, was decisive in passing the sliotar to Grace Daly in a move that saw Gallagher then found the net. Tyrone consistently kept possession but any Donegal chances were snuffed out by a solid back line and goalie Áine MacRory. Aoibhinn Daly showed some great passing and there were scores galore for Elisha Gervin, Kaitlin Gallagher, Bronagh Moohan and Emma Holmes. At the break Tyrone led 8-12 to no score.

Managers Sean Moohan and Leona Gallagher used all of their available squad and it was apparent that the whole team had an impressive skill set. Donegal drove forward and although a free was saved, a goalmouth scramble meant that they were able to get on the scoreboard. There was some great hooking, blocking and mature teamwork on display and with some position changes, a further five players all got the chance to score. Rebecca Santos’ last minute goal was a fitting end to the Tyrone team perfomance.

Player of the match was awarded to Elisha Gervin

In spite of a superb second half comeback the senior Camogie side just came up short against Mayo in the final fo the Nancy Murray Cup.

However Mayo dominated from then until midway through the second half with goals from Ciara Delaney (2) and Helen O’Malley. With seven minutes of the second half gone Mayo looked in total control leading 3-6 to 0-4.

From somewhere Tyrone found the spirit and determination to make a real go of it from then to the end. Sian Fitzgerald and Fay added points before Mc Nulty gave the team momentum when she found the net.

Further points from Fay, Mc Gready and Grainne Rafferty narrowed the gap to two points before another fine point from Fay had the gap down to a single point. Mayo were under pressure but sealed the win with a super score from substitute Oran Hession.