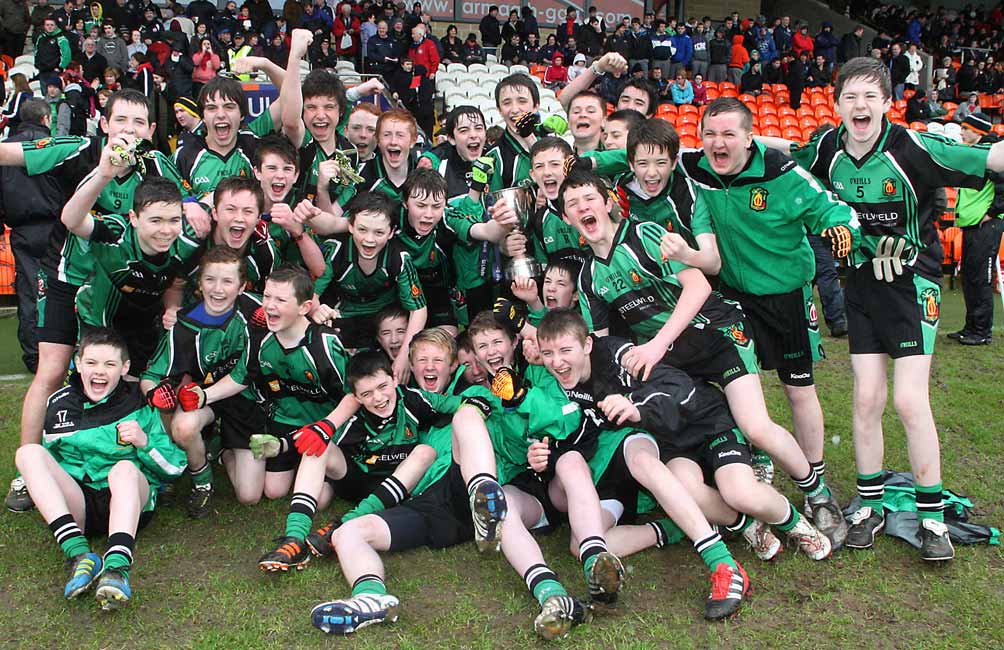 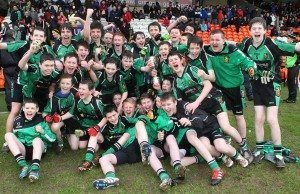 Holy Trinity Cookstown and St Joseph’s Coalisland were both competing in Ulster Vocational Schools finals this afternoon with mixed results. It was joy for the Cookstown school following a convincing 2-11 to 1-06 triumph over Breifne College Cavan in the final of the Mc Devitt Cup. Unfortunately St Joseph’s were on the wrong end of a 2-09 to 1-09 result losing out to Virginia College in the final of The Arthurs Cup At The Morgan Athletic Grounds in Armagh this afternoon.

Holy Trinity started their game well and had built up a 0-09 to 1-01 lead at the break with Jamie Devlin, Shane Mc Keown and David Mulgrew among their point scorers. Cavan’s goal came courtesy of a fine finish by Bernard Gaffney. The Cavan lads managed to reduce the gap to two points early in the second half but Holy Trinity raised their game and two goals from full forward Daniel Quinn ensured the cup was heading back to Tyrone.

Coalisland were hoping to make it a Tyrone double as they sought to retain their Arthurs Cup title. Indeed for long periods of the game it looked like St Joseph’s would be good enough to win it. They played some fine attacking football with Ronan Fox , Cahir Quinn and Gerard Woods prominent in most of their good play. Leading by three points at the break 1-05 to 1-02, they continued to dominate possession but struggled for scores during the second half. With seven minutes remaining they still led by three before a Ryan Mannion goal for Virginia College levelled the game. The Cavan side hit two quick points to move ahead with time almost up. However the Tyrone lads showed commendable grit as they forced extra time following two very late scores from Ronan Fox and Macauley Quinn. Sadly St Joseph’s ran out of steam and ideas as they failed to score during two ten minute periods of extra time. The Cavan lads finished champions on a score line of 2-09 to 1-09.

Holy Trinity will hope to make it two Ulster titles in a row when they take on St Ciaran’s Ballygawley in an all Tyrone Markey Cup final which has been switched to Healy Park Omagh tomorrow afternoon with a 1:00pm throw in time. 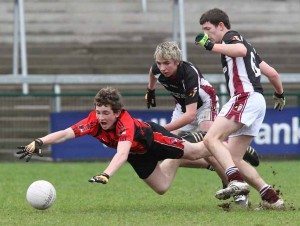