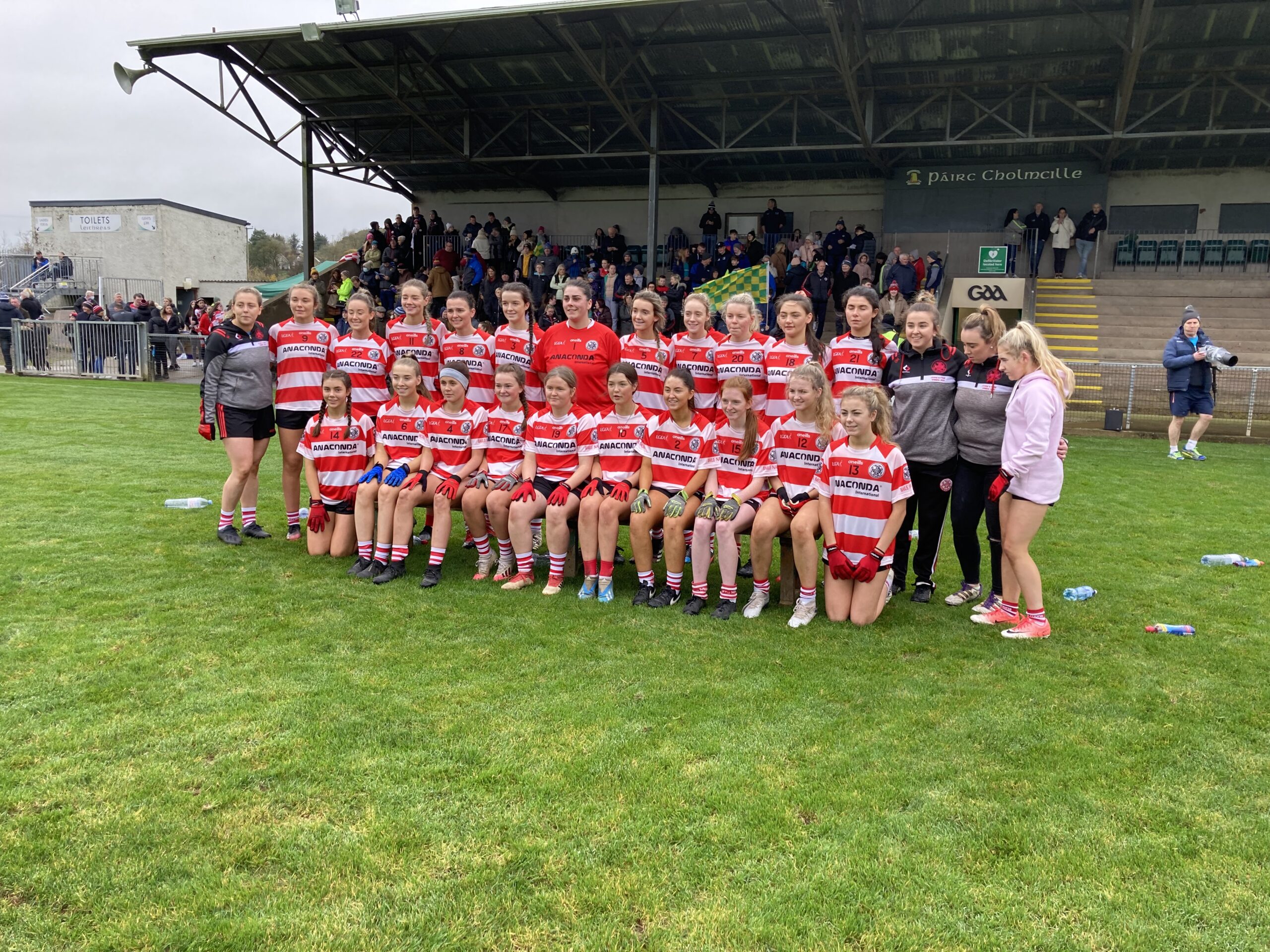 Moortown’s hopes of claiming an Ulster Ladies Junior title came up short on Sunday at Carrickmore when Monaghan champions Carrickmacross snatched victory with virtually the last kick of the game. The Tyrone side, three years in existence, came into the final as underdogs but produced a serious shift that took them within a couple of minutes of becoming provincial champions.

The highly experienced and more mature Carrickmacross side was expected to dominate and win easily. However although they opened the scoring after two minutes with a fine Nadine Cathcart point Carrick were forced to play second fiddle to Moortown for the remainder of the first half.

There was only two points scored in the opening quarter and the teams reached the first water break tied at 0-1 apiece with Emma Murphy levelling the game for the Tyrone champions. Immediately after the break Moortown pushed ahead with a goal and a point inside the next three minutes. Wingback Brianna Vincent pointed before Caoileann Quinn hit the net to put her side 1-2 to 0-1 ahead with nineteen minutes on the clock. Caitlin Wilson reduced the Carrick deficit with a well finished score before Donica Ryan broke through to leave three between the teams again. Moortown were warming to their task with Chrissie Devlin, Emily Conlon, Eimear Mc Erlane and Aimee Conlon carrying the game to their opponents.

As the first half entered the closing minutes Carrick landed a brace of points through Sarah Capaldi and Caitlin Wilcox before Emma Murphy pointed to send Moortown off at the break three points to the good.

Capaldi opened the scoring after the break but Moortown responded with two fine strikes from Sarah Devlin to lead 1-6 to 0-5. Both sides enjoyed periods of possession but scores were hard to come by.  Laura Mc Geown pointed for the Monaghan champions just before the second water break to narrow the gap to three points. Both sides ran their benches but it would be fair to say the Carrick bench proved more effective. Four points down with less than twelve minutes remaining they hit four in a row through Capaldi, Cathcart, Mc Geown and Aine Loughman before a late converted free from the boot of Capaldi sealed the win for Carrick on a final score of Moortown 1-7, Carrickmacross 0-11.

It was a disappointing end to what has been an amazing few weeks for the Loughshore club. The girls will be disappointed not to have taken the win and the glory of becoming Ulster Champions. However they will know that such a young team will grow and develop and be challenging for honours again in the Intermediate grade in 2022.