Moortown Ladies Through To Ulster Final 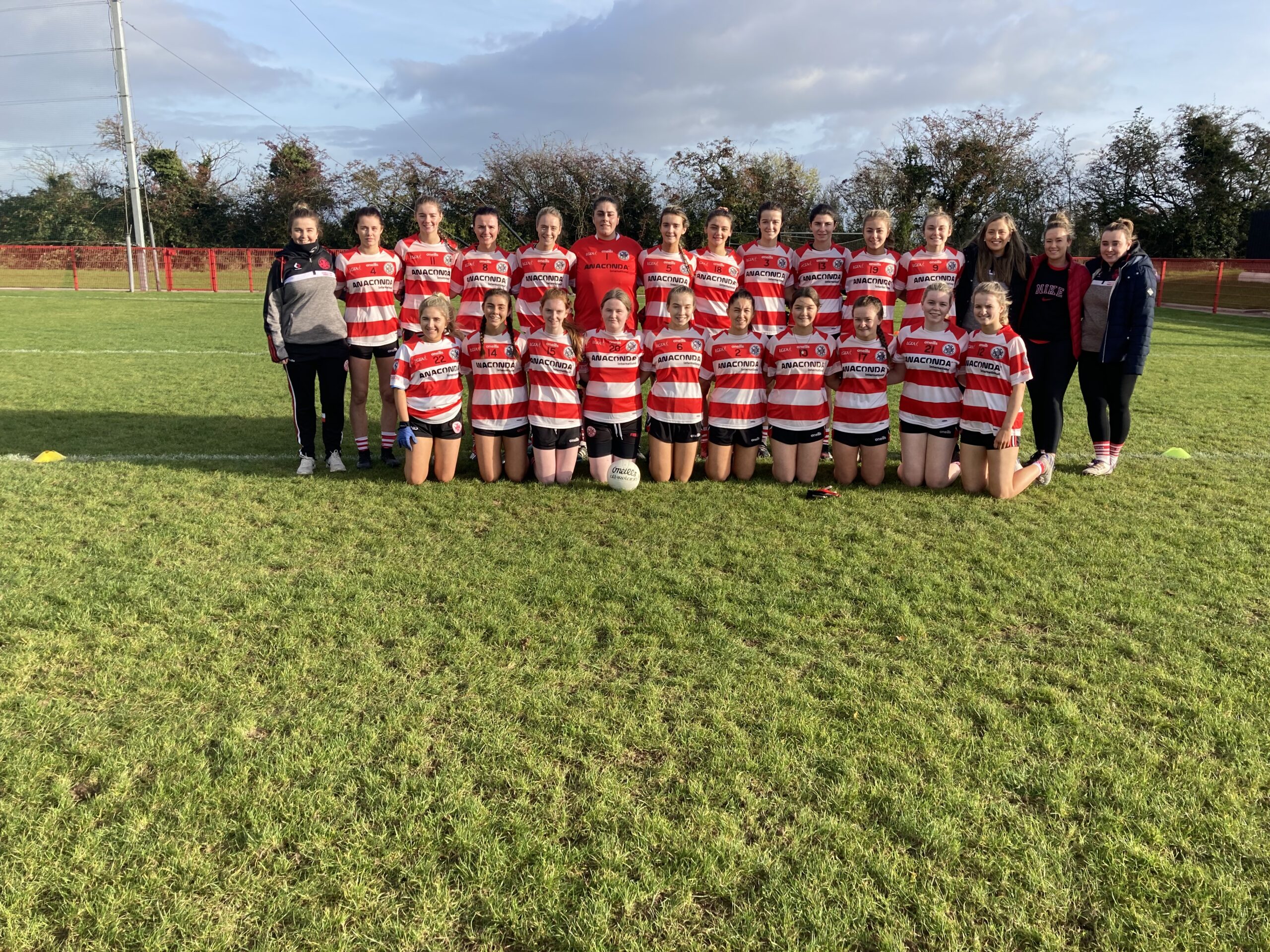 Moortown Ladies Through To Ulster Decider

Tyrone champions Moortown hosted St Peter’s of Armagh in Sunday’s Ulster Junior semi final and came out deserving 3-17 to 3-8 winners after a compelling game of football.

Enjoying home advantage the loughshore girls were quick into their stride and led 1-1 to no score after three minutes with their goal coming from the boot of Donica Ryan and the point a fine effort from centre forward Emma Murphy.

St Peter’s opened their account with a minor score from wing half forward Lauren Magee but points from the outstanding Sarah Devlin and Sunaoibhe  Kelley just before the first water break put the home side in a strong position.

The Armagh champions came out strongly following the water break and added a brace of quick fire points from Magee and Eimhear Mc Cormack. St Peter’s wing back Kate Corvan was causing the Moortown defence all sorts of problems with her strong running and pace as St Peter’s began to work their way back into the game.

With twenty one minutes of the first half gone Sarah Devlin picked up the ball in the middle of the field and after a mazy run and a couple of slick passes slotted the ball to the net to put her team 2-3 to 0-3 ahead. Things got even better for Moortown when a speculative effort from the same player a minute later evaded the keeper and ended up in the back of the net.

Trailing by nine the Lurgan girls dug deep adding points from Magee(2), Corvan and Chloe Magill to reduce the deficit but the home side finished the half strongly with scores from Rachel Tallon, Sarah Devlin and Emma Murphy to leave the half time score 3-6 to 0-7.

The Tyrone champions began the second period with a burst of scoring from Sarah Devlin. Three fine points from the pacy wing forward stretched her team’s lead to eleven points. However St Peter’s made a couple of switches and two goals in as many minutes meant it was game on. Lauren Magee and Caitlin Mc Quade hit the net to give their team renewed hope.

Moortown were temporarily rattled but a brace of Devlin points and a well taken score from Nicole Conway settled the nerves. Devlin added another point just after the water break before St Peter’s were awarded a penalty. Moortown goalkeeper Sinead Mc Vey was most unlucky with the spot kick but more than made up for it with a superb stop five minutes later.

Moortown finished the game strongly with points from Devlin, Caoileann Quinn (2) and Emma Murphy to leave the final score 3-17 to 3-8 in favour of the Tyrone champions. They can now look forward to an Ulster final clash with Monaghan champions Carrickmacross.