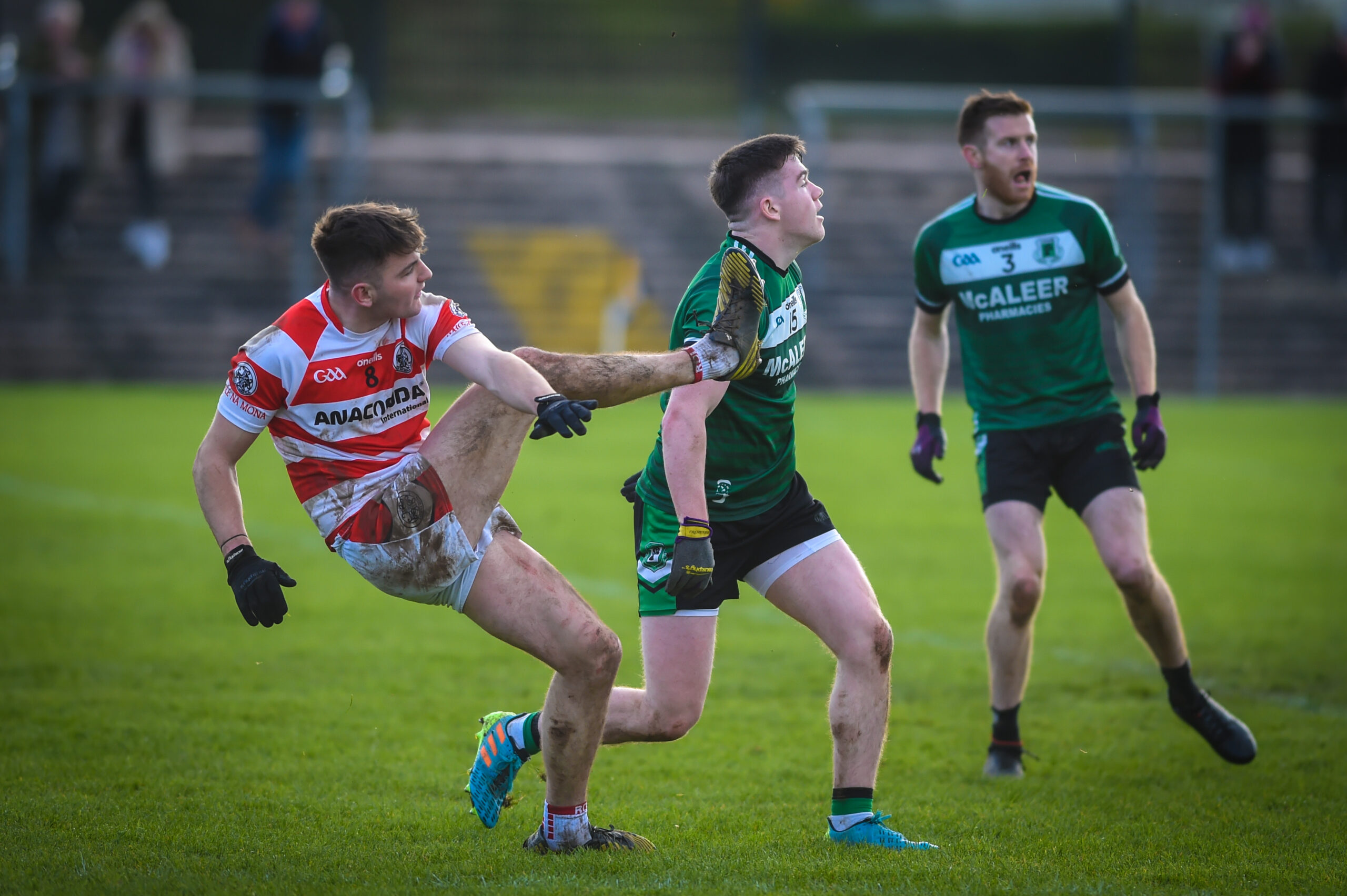 Moortown left if late before finishing strongly to see off the challenge of a spirited Rock side at Pomeroy on Sunday winning their LCC Championship semi final 0-13 to 0-11. Midfielders Tarlach Quinn and Blaine Ryan stepped up to the mark in the closing minutes to help see their team over the line.

Ryan raced through in the first minute to open the scoring for Moortown before Peter Devlin and Liam Nugent swapped points. Ryan pointed again but Rock bagged four in a row with Nugent (2), Aidan Mc Garrity and Conor Ward on target to move two ahead 0-5 to 0-3.

Devlin added two further points for the Loughshore lads before the break but a brace of Nugent scores sent the teams off at the break with Rock leading by one 0-7 to 0-6.

Peter Devlin tied the game after the break but Nugent’s sixth point put Rock ahead again. Moortown sub Sean Kelly then took a fine score to level the game just before the second water break but points from Aidan and Conor Mc Garrity appeared to suggest that Rock were driving for home.

Two points behind and with less than ten minutes remaining Moortown rallied. Their young midfield pairing of Quinn and Ryan grabbed the game by the scruff of the neck and along with Peter Devlin and Shaun Conway added the points that won the contest.

Rock were reduced to fourteen players after an incident close to the Moortown goal late in the game before a Con Heron point in added time secured the win on a final score of 0-14 to 0-11.