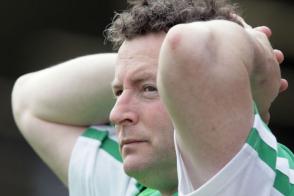 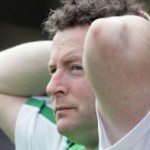 It has been confirmed by  Killyclogher this evening that the club have parted company with their manager Charlie Mulgrew. Killyclogher are currently one off the bottom of the table with only one point to show from four games played. Letterkenny based Mulgrew took over from Enda Kilpatrick and the former Fermanagh boss was fancied to turn around Killyclogher’s fortunes and re-establish the Ballinamullen club as genuine contenders for senior honours. Mulgrew’s appointment as manager was seen by some a something of a coup but it does not seem to have worked out for either party. Following a fourteen point defeat by Errigal Ciaran on Sunday past the ex Donegal star and the club parted ways.

It is believed that former Killyclogher stalwarts Kieran Howe and Brian Meenan will take temporary charge of the team as they seek to fight their way out of their current difficulties. First up for the new management set up is a clash with fellow strugglers Derrylaughan at home on Sunday. The Kevin Barrys have produced several encouraging displays thus far in the league and will be hoping to capitalise on the turmoil surrounding Killyclogher.