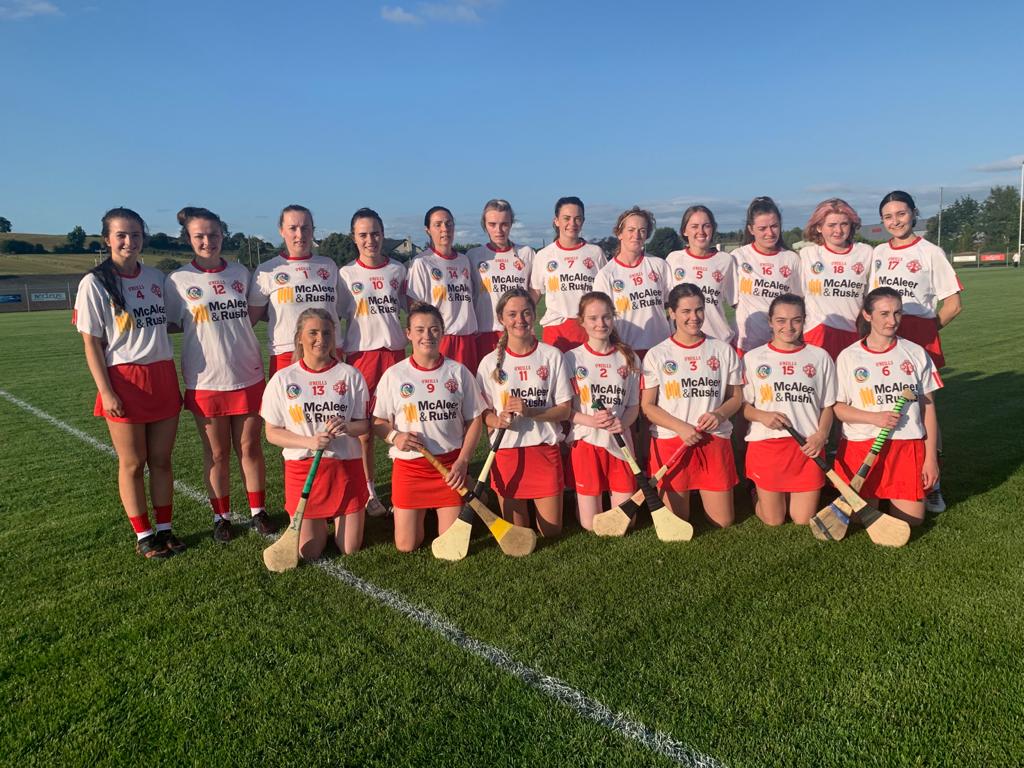 In the previous match up between these teams, Wicklow got off to a fast start and Tyrone were determined not to let that happen again.

Dual players Grainne Rafferty and Reagan Fay had to travel straight from their LGFA play-off to Inniskeen for the Nancy Murray Cup. Tyrone settled early with a pair of converted frees from Niamh McNulty and Reagan Fay. Wicklow made the most of their opportunities to draw level and as the ground conditions became increasingly greasy both sides were guilty of giving away frees.

There were still periods of impressive play including great on the ball skill from Casey Gallagher and Rafferty. McNulty sent over her first point from play while some great interplay from the dual players and centre back Cathy Jordan ensured Tyrone reached the break 0-9 to 0-5 in front. Reagan Fay and Casey Gallagher with the all important scores just before the break.

Tyrone marked the restart and the improving weather conditions with a goal from Fay. In the next period Wicklow pressed forward relentlessly but the Tyrone defenders Catherine Muldoon, Ciara McGready and the magic touch of Aisling Begley kept them at bay. Goalie Julie Lagan returned from injury and provided a solid anchor for the Tyrone defence making several fine saves as Wicklow threatened. Roisin McErlean produced some moments of magic and helped keep the pressure on the opposition with some beautiful long strikes from both play and sidelines.

Tyrone ran out deserving winners but the Red Hands will be hoping that there will be cooperation between the LGFA and Camogie Association to ensure that the dual players aren’t put under the same pressure with next week’s fixtures.