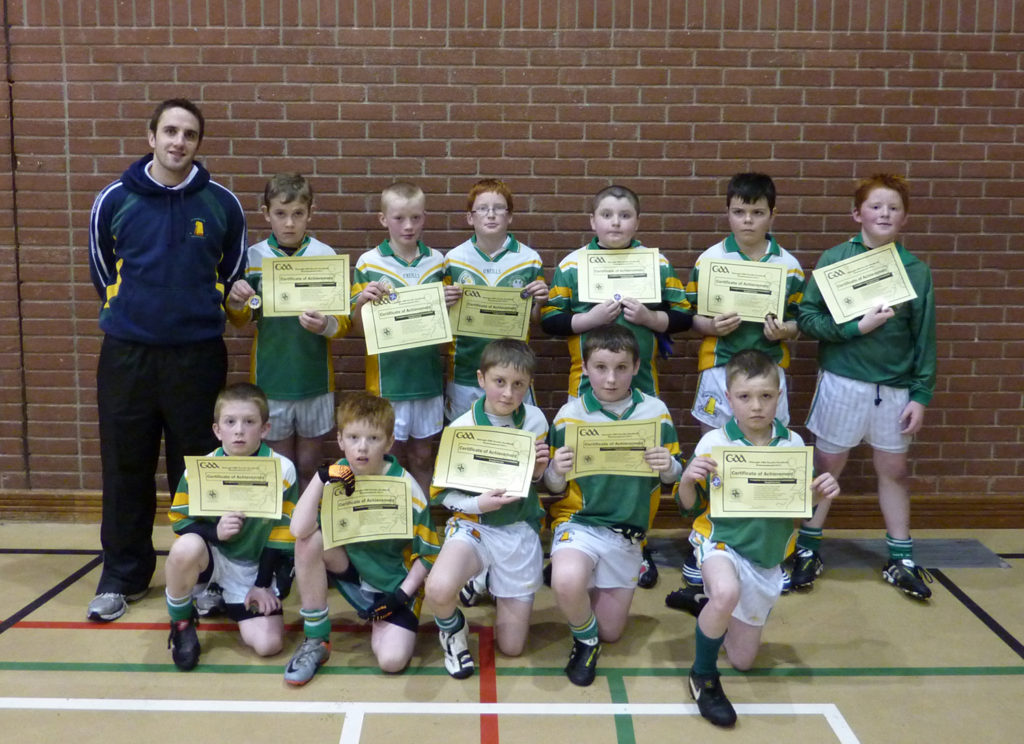 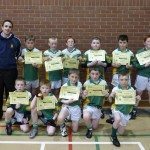 On Tuesday 5th April 2011 over 80 students from 8 local primary schools took part in a Gaelic Blitz at Omagh CBS.  The event was organised by the A2 Leisure Studies class as part of their course. St Columbkilles Carrickmore overcame a strong challenge from St Mary’s Killyclogher to claim the title. The teams were managed by Tyrone Senior colleagues Stephen O’Neill and Mark Donnelly.

It was O’Neill’s Killyclogher that raced into an early lead, with Oran Grimes to the fore. Killyclogher led by 5 points at half time but a strong second half performance by the Carmen side resulted in the Carrickmore students running out winners on a score line of 8:9 to 4:8.

On the way to the final the Carrickmore School overcame the challenge of St.Patrick’s Gortin, Our Lady of Lourdes Greencastle, St Conor’s Omagh and St Colmcille’s Omagh.

St Mary’s Killyclogher made their way to the final by beating Christ the King Strathroy, Sacred Heart Tattyreagh and St Colmcille’s Omagh.

The tournament produced some excellent football from all eight teams involved, with the final in particular being of a very good standard.