Home | Omagh Get Off The Mark In Dalton Cup

Omagh Get Off The Mark In Dalton Cup 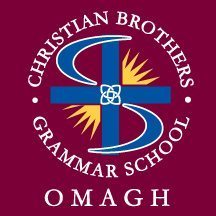 Omagh CBS bounced back from their opening day defeat to get their first Dalton Cup points on the board when they defeated St.Macartans Monaghan at Father Hackett Park Augher on Tuesday afternoon. The Tyrone lads led 2-4 to 1-4 at the break before taking complete control in the second half. Conor Loughran scored 2-1, Ryan McCusker and Oisin Donnelly hit 1-1 apiece with Eoghan Murray also finding the net. On top of that there were points from Andrew McGrath [4], Ronan Slevin [2] and Ciaran McGlinchey as they ran out 5-10 to 2-12 winners. Next up for Omagh CBS is a meeting with St.Patricks Downpatrick in Lurgan next Wednesday afternoon.