Home | One Point Makes The Difference But Which One?

One Point Makes The Difference But Which One? 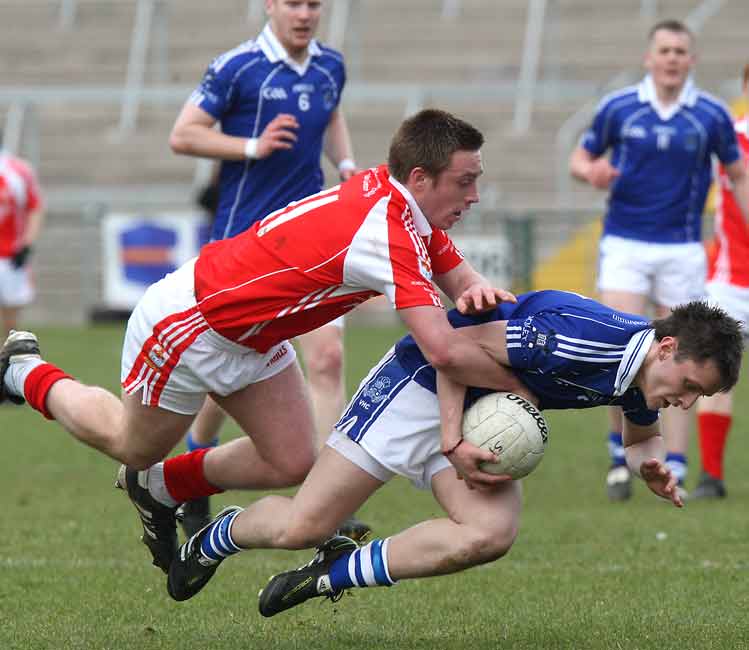 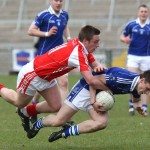 It is not always the case that the two best teams make the final of a competition but in this year’s Mac Rory Cup that was certainly the case. St Pat’s Dungannon and St Colman’s Newry were the two top sides in this year’s tournament and produced a really close and exciting final which could have gone either way. The Tyrone side will probably look back at today’s game and rue their missed chances over the sixty minutes. Twice in the first half they came very close to scoring goals only to hit the post with one and see the other one slide narrowly past the post. Overall however Colman’s deserved the win and played the better football but you would have to question the validity of one of their points which the umpires correctly gave as wide but which the referee awarded. That was a big call and decided the game in the end but will hardly detract from the joy of victory experienced by the Newry lads. Their big players produced big games and in the two Johnston brother and Mooney they had the three standout players on the field. Unfortunately for The east Tyrone lads too many of their big players had ordinary games and in a match where the difference was always going to be slight, such shortcomings made the difference. Shea Mc Garrity, Sean Molloy and Liam Gervin worked their socks off for their team but the key individual battles went in favour of St. Colman’s. To lose a final is always a painful experience and to lose by a point is one that will hurt for a long time. They say teams and individuals usually learn more in defeat than in victory. Sadly for the players on this Dungannon team they will have lots of time to reflect on the lessons from this year’s final. Small things can often decide games and in a match as tight as this, one point made all the difference. Dungannon made one or two costly mistakes but so did their opponents. The difference was that the Newry lads capitalised more from the mistakes made by Dungannon and when the ball needed to be retained in the dying minutes, they displayed greater composure and organisation to win back to back Mac Rory Cup titles.