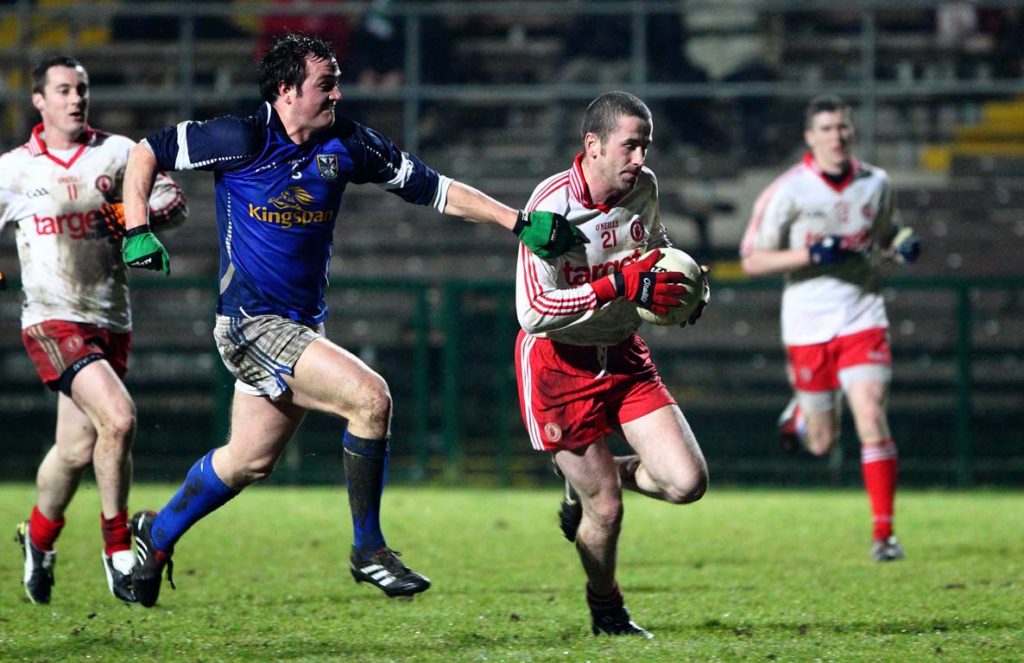 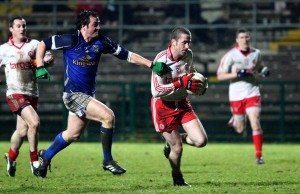 It would be unfair and incorrect to say that Stevie O’Neill has a bit of an injury jinx but looking at his recent record it would appear that he is at least more prone to injury than any other Tyrone player. The Killyclogher based school teacher had enjoyed a very good period of winter training and was looking forward to at last putting his recent injury problems behind him. Unfortunately just at the conclusion of training on Tuesday night past he picked up a thumb injury and that will set his National League preparations back somewhat.

The Clan na Gael man has endured a mixed career of late and has struggled to regain full fitness since returning to the panel for the All Ireland win in 2008. Following Tyrone’s defeat to Dublin in last year’s championship there were many people who thought O’Neill would call it a day with the county team. Fortunately he has chosen to continue the quest for further glory with Tyrone and it is hoped this most recent injury does not prevent him from being ready in time for the start of the 2012 National League under lights in Croke Park. It was not all that long ago that himself and Colm Mc Cullagh lit up the Dublin stadium with an exhibition of point scoring in the floodlit game that marked the start of the 2009 National League and all Tyrone supporters are keen to see him recapture that sort of form. We wish him a full and speedy recovery.