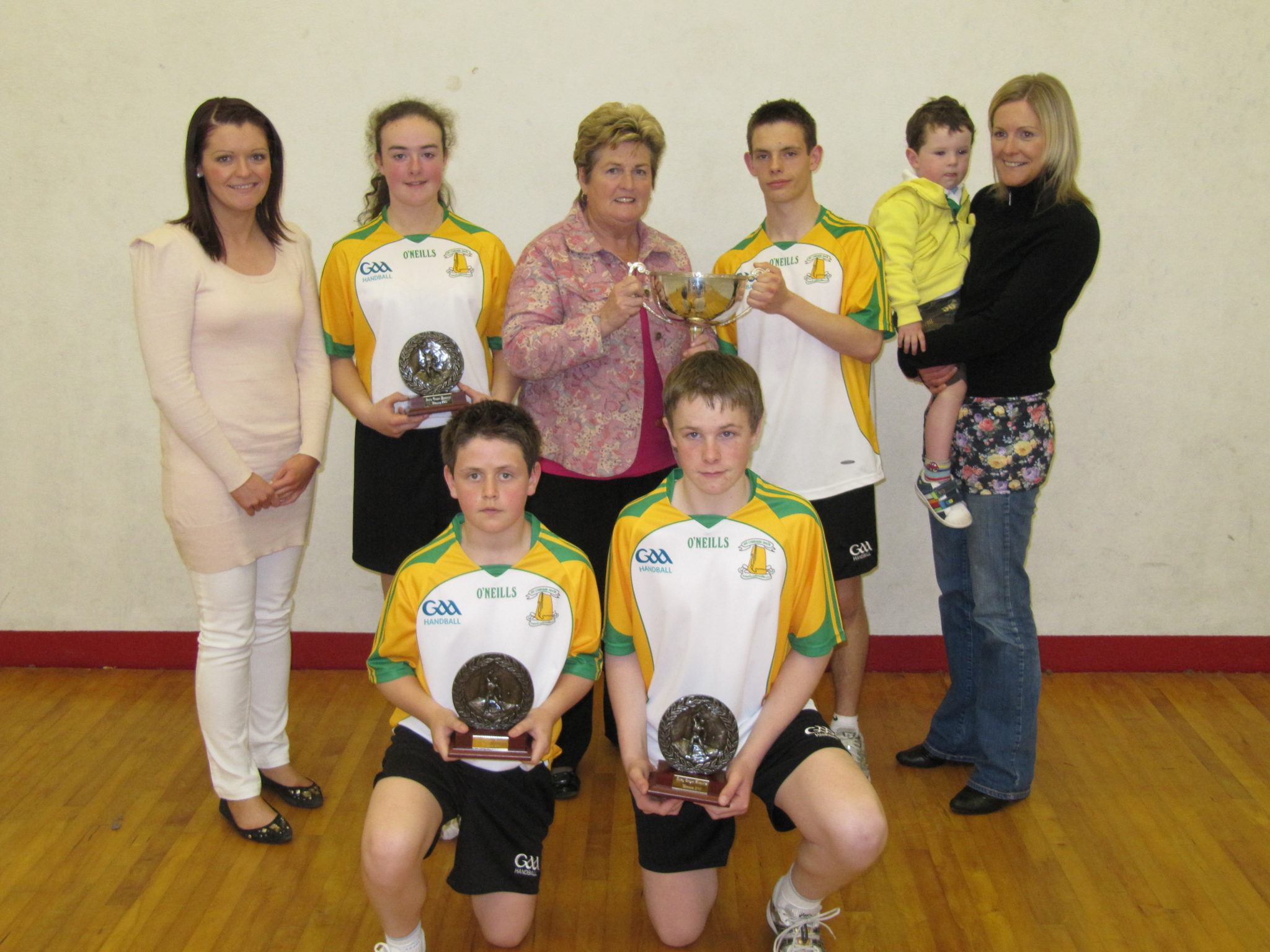 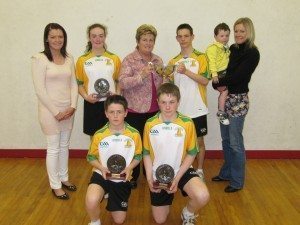 This weekend, the 5th & 6th of May will see the cream of Irish juvenile Handball gather in Carrickmore, Co Tyrone to compete for the 3rd Biennial Paddy Grogan Memorial Tournament. This event speaks for the commitment that all in the club hold in keeping the late Chairman Paddy’s enthusiasm for Juvenile handball alive. Paddy was massively enthusiastic about juvenile handball and played a key role in developing most of Carrickmore Handball club’s current crop of stars.

The weekend, which has now become one of the most eagerly anticipated weekends on the handball calendar, is an invitational tournament that aims to bring the top players in U14, U16 and U18 in the county together to compete in a team style format. Six teams of four players compete in a round robin format with the top placed teams qualifying for the finals.

Over the years we have seen many of our previous winners go on to achieve great success in both national and international handball events. Last year’s winning team consisted of Killian Carroll (Captain), Martina McMahon, Colin Corbett and Gabhain McCrystal, many of whom have developed into fine handballing prospects. However going through the list of this year’s players, spectators are again sure to be treated to a thoroughly enjoyable weekend of top quality handball with Minor All-Ireland Champion 2012 Donal Wrynn, US Junior Nationals U17 Champion 2011 Colin Crehan, Irish Nationals U15 Champion 2012 Fiona Tully, and U14 All-Ireland Champion Sean Kerr among just some of the players competing at the weekend.

Admission is free for anyone wishing to attend, whilst refreshments will be available throughout the weekend.